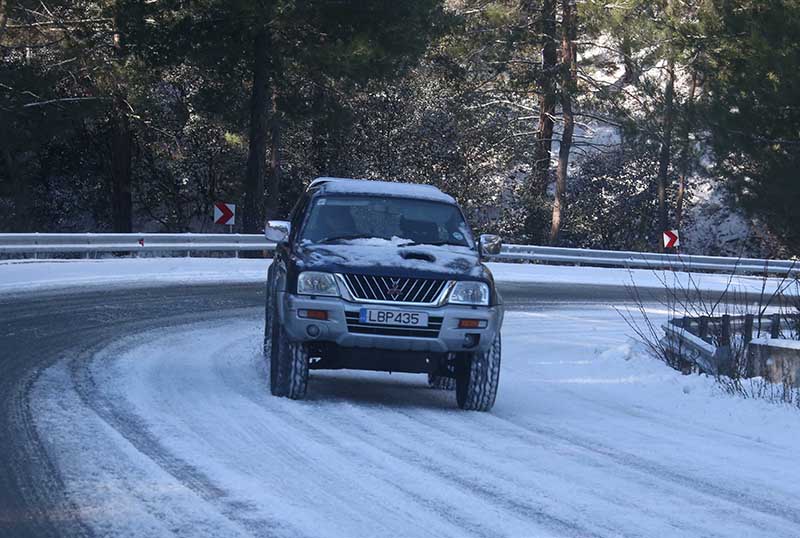 THE postal services on Friday announced there will be delays in the delivery of mail in mountainous areas due to the weather conditions that made a large number of roads in those areas inaccessible.

Although the situation on the roads has improved following days where more than 40 roads were closed to vehicles without four-wheel drive or snow chains due to snow, rain and ice, some problems remain.

Due to the closing of roads in mountainous areas due to snow and frost, the postal services said on Friday that there would be delays in the delivery of mail to and from those areas.

In the Paphos district, the Kelokedaros – Amargetis – Natas and Galataria – Salamiou roads remain closed, as well as the Tselefos bridge on the road from Ayios Nicolaos to Pera Vassa.

Temperatures will reach 17C inland and in coastal areas and 7C in the higher mountains on Friday.

In the evening, they are expected to drop to 5C around Nicosia, 8C near the coast and close to zero in Troodos.

The met office predicts mainly clear weather with some snow falling on Sunday and Monday in the higher mountains. On Friday morning, the height of snow was 52 centimetres on Troodos square.

Medical association calls on members not to join Gesy