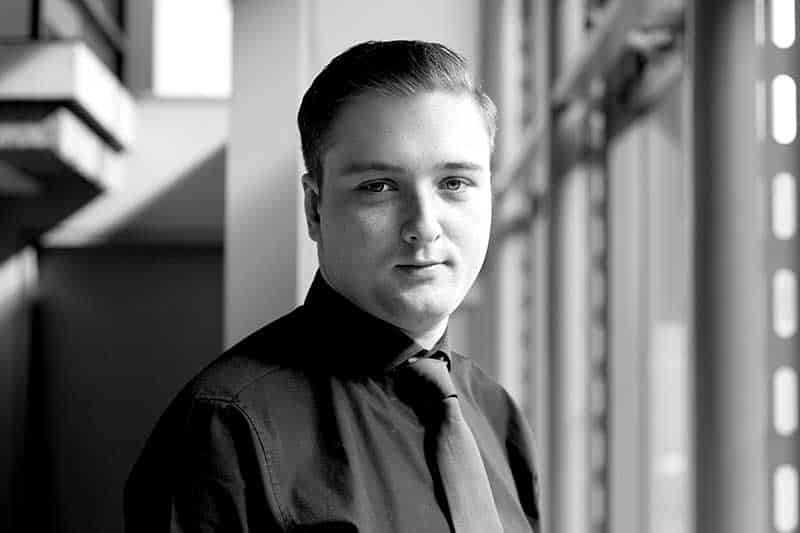 Described as a “phenomenal, virtuoso”, Hay has appeared extensively as a soloist all over Europe and with memorable performances in important venues including London’s Wigmore Hall, Southbank’s Purcell Room and the Queen Elizabeth Hall. And all by the age of 24.

He plays at a new venue for his upcoming recital, the Pharos’ Shoe Factory in his first performance in Cyprus and has planned “an exciting programme” comprising Liszt’s Années de Pèlerinage Troisième année, Tchaikovsky’s Grand Sonata in G major and Debussy’s preludes from Book 1.

Despite Hay’s young years, he is no newbie to music as he entered the music world at the age of six. It was his grandfather John who first introduced him to the piano and taught him. He was a cocktail pianist and went on to become one of Hay’s greatest musical influences. Another is Carmen Cavallaro, an American cocktail and jazz pianist his grandfather admired.

In 2007, he gained a place to study with Tessa Nicholson at the prestigious Purcell School for Young Musicians, where he received a scholarship under the government’s Music and Dance Scheme. In 2012, he won the Fenton Award from the Purcell School as a scholarship for furthering his musical education and career, and in 2013, he won the Senior Concerto Competition.

In an interview with meettheartist.com, Hay underlined the role his education played on his career: “my five years spent at the Purcell School were life changing for me and my career. The opportunities were like nothing I had ever experienced before and the many musical characters I spent my time with will now always be a part of my life.”

Still learning, growing and enriching his musical passion, Hay tackles some of the most demanding works in the repertoire – from Rachmaninov’s Sonata No.2 to Scriabin’s Sonata No.5, to much audience and critical acclaim.

He has released two CDs, of Liszt’s piano music and John Ogdon’s unpublished works, which are both available under the Piano Classics label.

“John Ogdon is one of my most valuable musical heroes. I have always adored the excitable, poetical and intellectual playing he so often produced at his best,” Hay said in his Meet the Artist interview.

Non-performing loans drop by €5.6 billion due to co-op sale