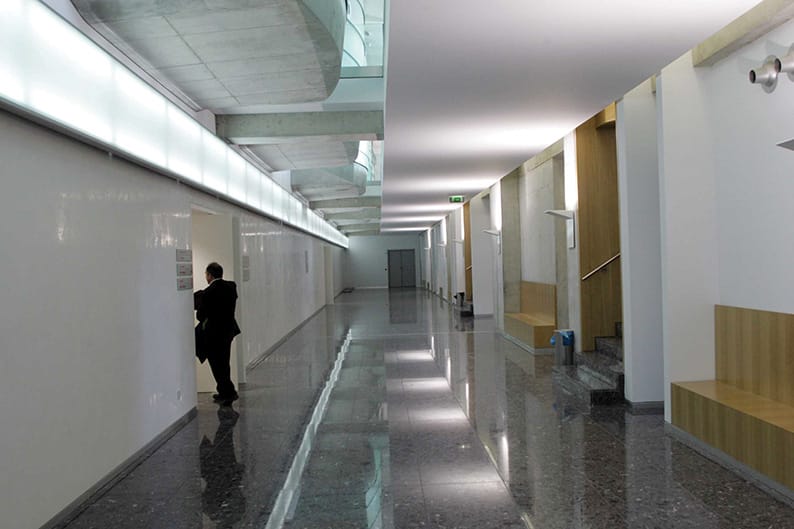 Nicos Clerides, brother of the attorney-general, has written a letter to the Bar Association making some astonishing claims regarding the connections between a prominent law firm and the Supreme Court among others.

Clerides, a lawyer himself, wrote the lengthy and detailed letter concerning the Chrysafinis and Polyviou law office after he was asked to substantiate certain allegations made in December.

“There is not a single supreme court judge who does not have a child at the law office that promotes the banks’ interests,” Clerides wrote of the firm, which represents Bank of Cyprus.

The supreme court said it considers Clerides’ comments defamatory while the Bar Association asked him to explain.

In a letter dated January 7, Clerides said all serious court cases concerning Bank of Cyprus had been handled by Chrysafinis and Polyviou with which a lot of Supreme Court judges have links.

According to Clerides, judge Stelios Nathanail’s daughter and son-in-law are employed by the firm, as well as the daughter of Leonidas Parparinos.

The son of former Supreme Court judge Andreas Kramvis is married to Polys Polyviou’s daughter and they both work at the firm. This relation was the reason Cyprus was convicted by the European Court of Human Rights in January last year for lack of impartiality of the Supreme Court.

Also employed at the firm is the son of the wife of judge Michalis Christodoulou, Stalo Hadjiyianni who is also a judge at a district court.

Judge Tefkros Economou’s wife recently retired from a senior post at the Bank of Cyprus.

Economou took part in the appeal hearings concerning former Bank of Cyprus CEO Andreas Eliades in which he was acquitted.

“Lawyer Christos (Chris) Triantafyllides had appeared before his father, former president of the supreme court, … for decades,” Clerides said.

He described a court case where, according to Clerides, the father favoured the son, who lost however, on appeal, after the opposing counsel raised the issue of their relation.

It resulted in the supreme court adopting some restrictions, Clerides said.

After he retired, Michalakis Triantafyllides was appointed lawyer of one of the two sides in the trial.

Andreas Kramvis, while still a judge, had been appointed to the investigating committee into the banking crisis.

Kramvis was a member of the supreme court when it adjudicated on the so-called Nicholas appeal who later went to the ECHR and won because of the judge’s relation with the firm.

Clerides also listed two cases against the Bank of Cyprus where connected judges acquitted those involved.

Most interesting where his claims that the sister and daughter of current supreme court president Myron Nicolatos had been compensated in out-of-court settlements with the Bank of Cyprus over claims for damages from the purchase of bank bonds.

The settlement was handled by Chrysafinis and Polyviou and the claim was withdrawn.

In another case, judge Stelios Nathanail cancelled a police search warrant concerning the law office of Antonis Andreou in Larnaca, who is the husband of Polyviou’s sister.

The authorities were investigating a case of fraud.

It could be a coincidence that the case landed on Nathanael but the fact is ‘he did not recuse himself and he adjudicated in favour of Chrysafinis and Polyviou.’