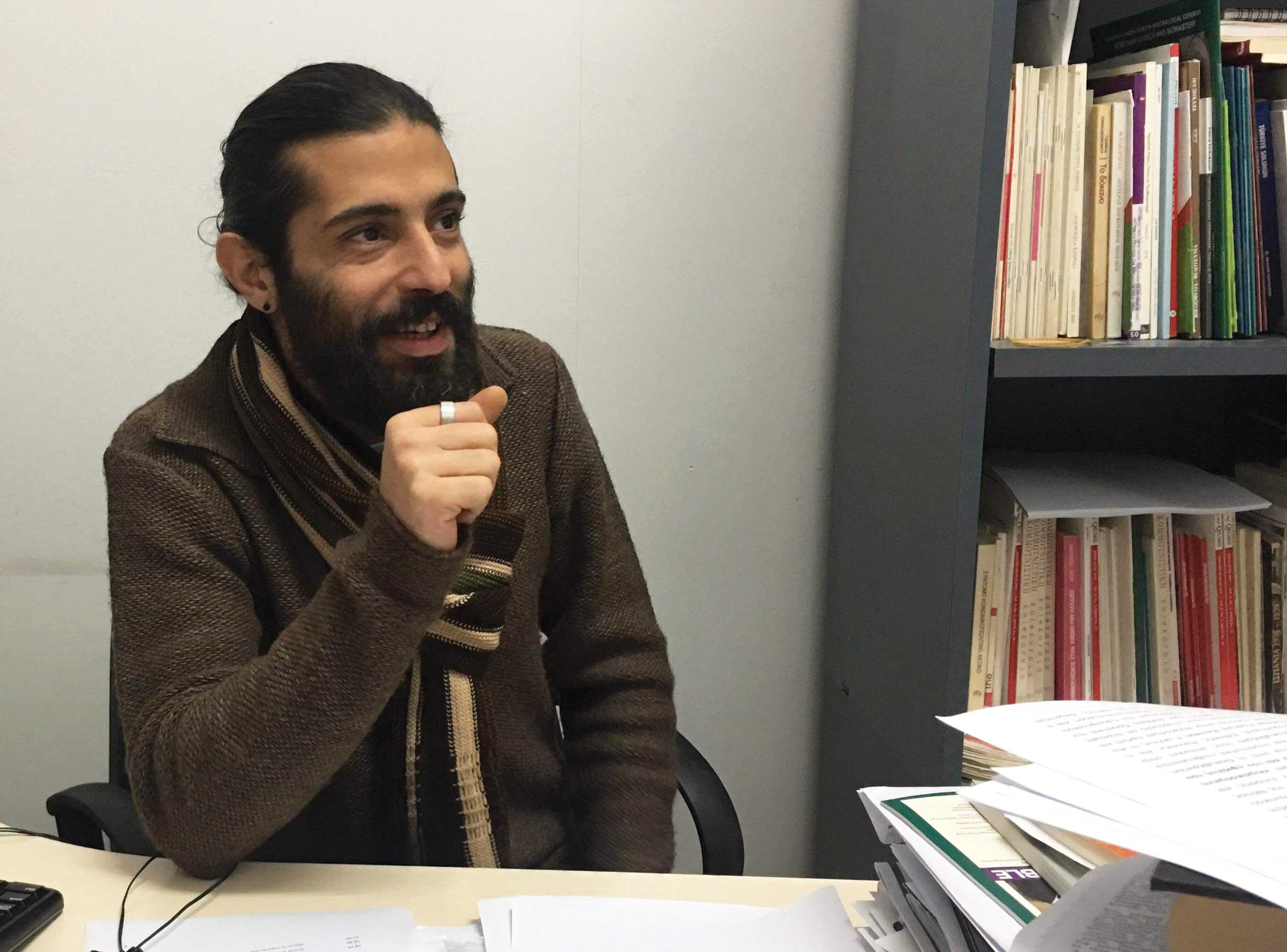 Nuri Silay is a Turkish Cypriot conscientious objector, who has been living in exile in his own country for the last five years.

The 36-year-old has not been able to cross to the northern part of Cyprus since 2014, as conscientious objection is not recognised there and he is considered a draft dodger – a crime punishable by prison sentence.

“It is tragicomical that they expect me to be part of war preparations against people of my own country,” says Silay. “It is also an ideological demand and I do not belong to that ideology. So I got out. I moved to the southern part of the island. I chose to be here on the other side of Cyprus since it is still my own country.”

He lives in southern Nicosia, ten minutes from his family home in the north, where he cannot go.

Before having to move to the south, Silay postponed his military service as long as he could, made a formal appeal to the security forces declaring his conscientious objection, and filed a case against the security forces and the Turkish Cypriot administration when his appeal was rejected. When the court rejected his case, he had no other choice but to leave before he was detained and conscripted.

“Cyprus has paid a very high price for nationalism and militarism,” says Silay. “It is impossible for me to ignore the fact that nationalism is the cause of all the suffering that we have been through on this island, and that militarism is nationalism’s biggest weapon.”

Silay is the child of refugee parents from Paphos. His family became refugees three times due to the intercommunal clashes and division on the island – first in 1958, then in 1964 and finally in 1974. He was born in Famagusta in a house left behind by Greek Cypriots, facing the fenced-off city of Varosha, which he describes as “trauma”.

“I was born in a house that did not belong to us… Not only the house but also nothing around belonged to us…. I grew up with abandoned ghost houses fenced by barbed wires across the street, the photographs of the real owners of our house still on the walls, and the glistening lights of the southern part of my country, which was forbidden to me.”

He grew up witnessing his family’s struggle to overcome the losses of war and rebuild life from scratch; and listening to his parents’ longing for their life and friends in Paphos.

“As an individual brought up by such a family under such circumstances, I understood the meaning of war from a very young age,” he says. “I mentally, physically and conscientiously reject taking part in war preparations against anyone regardless of race or reason.”

Silay says he has never regretted his decision to leave the north, although he admits it is hard not to be by his family at certain times.

“I lost my grandmother recently,” he says. “And I could not go to her funeral… Maybe it would have been psychologically easier if I were at the other end of the world. But living ten minutes away and not being able to be there, hurt. “Nevertheless, I believe that if you want to change some things you have to pay a price. This is the price I am paying.”

But Silay may be able to visit his grandmother’s grave soon. Just this week, the Turkish Cypriot governing coalition submitted a controversial draft law recognising conscientious objection to the assembly.

The Military Service (Amendment) Draft Law is expected to be taken up by a sub-committee in 20 days and then voted on in the general assembly.

The bill if approved will enable conscientious objectors to do an alternative civilian service in the army or a public institution.

Silay sees the move by the Turkish Cypriot coalition as a very important step and says he will definitely take advantage of the conscientious objection law if it enters into force.

“Cyprus is my country and I will finally be able to freely go to every part of it again,” he says.

The issue of conscientious objection in northern Cyprus was brought back onto the public agenda recently with the case of Halil Karapasaoglu. A military court last week imposed a fine of 2000 TL (around 300 euros) on conscientious objector Karapasaoglu for refusing to report for reserve army duty. Karapasaoglu, who has until 14 January to make the payment, said he would not pay the fine and serve a prison sentence of 20 days instead.

“I will not fire a bullet on my friend Antonis,” Karapasaoglu had told a Turkish Cypriot daily in an interview about his decision to become a conscientious objector.

Karapasaoglu’s conviction drew widespread criticism from Turkish Cypriot society and renewed calls for the four-party coalition – The Republican Turkish Party CTP, People’s Party HP, Democratic Party DP and Social Democracy Part TDP – to legalise conscientious objection as they had promised in their coalition programme about a year ago.

“I cannot accept the fact that our courts sentence conscientious objectors to prison,” stated a respected retired public prosecutor Hakki Celal Onen on his social media account, in response to the court decision.

“Denying conscientious objection is technically not different than denying the right to life or the principle of equality, or freedom of thought,” stated the head of the Turkish Cypriot Bar Association Hasan Esendagli.

“We see the Turkish Cypriot and Greek Cypriot communities as a single people and reject bearing arms against our own people,” they said in a statement.

The spokesman of the Turkish Cypriot assembly, Teberruken Ulucay told the media earlier this week that he expects the law to be approved and entered into force in about a month. But passing the bill will not be an easy ride for the four-party coalition, which has 27 seats in the 50-member assembly.

Legalising conscientious objection has already proven controversial with the two right-wing opposition parties – the National Unity Party UBP and the Rebirth Party YDP strongly criticising it almost daily on grounds that there are ceasefire conditions in Cyprus.

“We should be strengthening the presence and position of the security forces,” said UBP head Ersin Tatar during a TV interview earlier this week. “It is to the detriment of this country that such a draft law has been prepared under these conditions.”

“Reducing human resources for the army is the same as closing down the security forces,” said YDP head Erhan Arikli in an address to the assembly. “This is not a bill prepared in good will. This is dynamite placed under the security forces.”

There are some 20 Turkish Cypriots who have declared their conscientious objection. Some are facing trial in the north while a few have taken their cases to the European Court of Human Rights.