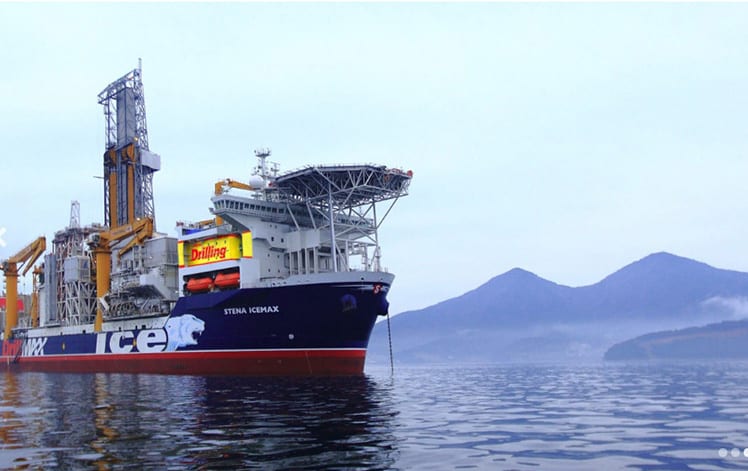 THE GOOD news early in 2019 is that drilling of Delphine in block 10 has been completed, as planned, despite the problems encountered towards the end of December. And as expected, and despite the continuous aggressive rhetoric, Turkey did not intervene.

The drilling rig, Stena IceMax, has now moved to the also-promising target Glafcos in block 10, with results expected towards the end of next month. In Greek mythology Glafcos was a half man-half fish sea-god with prophetic powers.

With the drilling rig committed to another assignment, following completion of the two wells in block 10, any possibilities that a second well may be drilled at the Delphine prospect will have to wait.

The Cyprus government and ExxonMobil have decided not to announce any results at this stage and wait until after completion of the planned drilling programme later in February.

This is not unusual. For example, ENI did not announce the results from drilling at Zohr, until after completing commercial terms with the Egyptian government for the price of gas, destined for Egypt’s internal market.

In Cyprus, ExxonMobil may have technical or commercial reasons and may prefer delaying announcement of the drilling results until it knows what block 10 holds. This would allow the company time to consider its options. Should Glafcos be successful, with reasonable quantities of gas, it increases the likelihood of block 10 exploitation.

The government of Cyprus may also prefer delaying announcement of results for political reasons. This is a delicate period in the manoeuvering currently taking place for the resumption of the Cyprus problem negotiations.

For those that know ExxonMobil, and I do, what is happening is not surprising. ExxonMobil is a very rigid – very disciplined company. It announced its drilling programme for block 10 last year, with the drilling vessel retained for the required period to deliver this. And it is proceeding with it as planned, irrespective of intermediate results. After drilling is completed, next month, and the company is ready, it will announce the results. Unless we hear directly from the company, which is not the case so far, anything said should be treated as speculation.

Until all drilling is completed and results are announced we do not know the outcome – nothing has changed and all outcomes are possible, from discovery to no-discovery. It is not long to go – so let’s wait.

Should block 10 hold significant quantities of gas making exploitation and exports possible, the preferred method is likely to be LNG. So what is the potential?

The global LNG market is becoming quite competitive, with substantial new quantities of LNG entering the market at a time when demand growth for gas is weakening.

This may persist up to 2025 and possibly beyond, depending on how global and Chinese economic growth progress. China, in particular, as the largest energy consumer in the world is quite important to the future growth of LNG markets.

In 2019 both the global and Chinese economies will be experiencing slowdowns, which in turn will be having an impact on slowing down growth of LNG demand in Asia in 2019 and likely beyond.

Global liquefaction capacity is growing rapidly, expected to reach 400 million tonnes/yr by 2021. Beyond that there are many new projects being planned by North America, Qatar, East Africa, Australia, Russia and West Africa. With potential weaker demand growth in Asia, we may be entering a period where supply remains ahead of demand, leading to low prices.

In addition, future US shale gas production will grow at almost twice the rate of US demand growth, leaving a large amount of low-cost gas available for export. US LNG exports are poised to rise dramatically in 2019. And there is a large number of liquefaction projects in the pipeline awaiting approval in 2019.

Such a situation will weigh heavily on any plans by companies to develop new, greenfield, LNG projects, including in the East Med.

The greatest competitors of natural gas are cheap coal and renewables. In China and India, two of the biggest energy consumers in the world, coal consumption is still increasing because it is cheap, plentiful and domestically available.

A result of the economic slowdown, that it is becoming increasingly apparent, is that China’s ambition to improve air quality is difficult to reconcile with its need to sustain jobs and economic growth. This now appears to take priority over clean air policies, impacting coal-to-gas switching.

The priority in China and India, but also globally is rapid implementation of cheap renewables. Developing economies are also taking advantage of the plunging cost of renewable energy. Forecasts show that based on current policies renewables may provide over 40 per cent of global electricity by 2040 from 25 per cent today.

In an ‘age of plenty’ competition to secure energy markets is becoming increasingly fierce. Natural gas is up against cheap coal and renewables. Securing gas markets requires competing against both on price.

Europe’s natural gas demand is not expected to grow appreciably and in the longer-term green policies and increased penetration by renewables will reduce this demand. However, the decline of indigenous gas production means increased reliance on imports.

But with Gazprom committed to maintaining, and possibly increasing, its gas exports to Europe in 2019 and beyond, gas prices are set to fall in comparison to 2018, possibly nearer the $6.50-7.00/mmbtu mark.

In addition, weaker demand in Asia and increased production will be forcing more LNG to be diverted to Europe. Even though it may not make major inroads, LNG sales will increase in comparison to 2018, putting more pressure on European gas prices. Competition will be tough.

Impact on ExxonMobil’s and Cyprus’ plans

Even if significant gas discoveries are confirmed next month, ExxonMobil made it clear that any exploitation plans will depend on its ability to secure markets, probably in Asia. As we saw above this is very competitive.

However, hopes are being pinned on the promising nature of block 10 seismic data, and proximity to Zohr and Calypso, that, despite press reports in Cyprus this week to the contrary, significant discoveries will be made. But as always only drilling can tell.

But should gas quantities be small or no gas discovered, it could be a significant setback to Cyprus expectations to become an important gas export province. Such an outcome could also influence adversely and impact the planning of future exploration plans.

In the meanwhile, Turkey’s foreign minister is maintaining pressure in the region. He confirmed recently that with the acquisition of a second drilling vessel Turkey is about to start drilling ‘around Cyprus’, without giving details. He added that Turkey intends to safeguard the rights of Turkish Cypriots.

The best way forward is of course resumption of negotiations to resolve the Cyprus problem irrespective of what comes out of gas exploration.

As far as block 10 is concerned, it is clear that any decisions will be taken after completion of all drilling and after processing of the acquired data. We should wait until then.