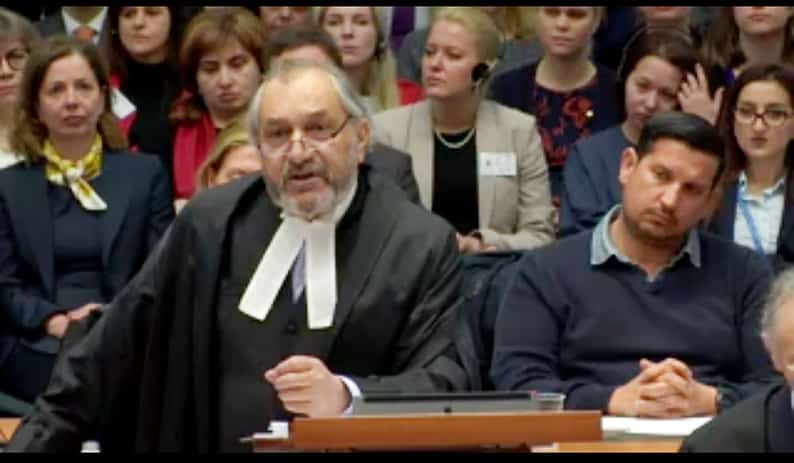 Alper Ali Riza on the bench

My old friend and fellow barrister, Nicos Clerides, is taking on the legal establishment of Cyprus. After being asked to justify allegations of bias in the higher echelons of the judiciary he skilfully invoked the most fundamental principle of justice as his trusty shield and weapon.

The principle he deployed is that ‘it is of fundamental importance that justice should not only be done, but should manifestly and undoubtedly be seen to be done.’

The avoidance of bias is also important in journalism. So where you wish to write about something about which you have a personal interest you are ethically obliged to make a declaration of interest to enable the reader to judge what you write in the context of your interest. As I said Nicos Clerides is an old friend and colleague with whom I work on cases occasionally. But as the point he raises is of public importance and as it arose in the UK not so long ago in a case that brought it into sharp focus I found the subject irresistible for my column this week.

The case concerned the late senator Augusto Pinochet of Chile who was arrested in London in 1998 while on a private visit. London was a favourite destination of his as he was a close political friend of the former prime minister Margaret Thatcher and he felt safe and welcome in England.

This idyll was shattered in 1998 when he was arrested on a warrant issued on behalf of the government of Spain for his extradition to face charges of torture and murder while he was head of state in Chile between 1973 and 1990.  Naturally he challenged the legality of the warrant on the basis of the immunity enjoyed by heads of state. He was successful before a three-judge court of the High Court but as the case raised a point of law of general public importance the government of Spain was given leave to appeal to the House of Lords – as the Supreme Court was known at the time.

The change of name from the judicial committee of the House of Lords to Supreme Court of the UK and the move from a couple of committee rooms in the Houses of Parliament across the square to a separate building at Middlesex Guildhall is significant. It was done precisely because the House of Lords as the final court in the land was not seen to be sufficiently independent of parliament and the executive; and being housed in the same building did not help either.

So the change of name and venue were done not only out of respect for the separation of powers but also for the avoidance of the appearance of bias since many of the cases that come before the Supreme Court involve the interpretation of laws made by parliament concerning the legality of actions of the executive in which the government is invariably a party.

On a personal note, on the few occasions I stood at the lectern in the House of Lords committee room pleading a case I felt a certain frisson of excitement as I glanced at the Thames glistening as it flowed passed the Houses of Parliament.

The government of Spain succeeded but only by a narrow majority. Of the five judges only three voted that a previous head of state was not immune from prosecution of serious universal crimes. The other two voted that he was but crucially, of the three who voted to extradite Senator Pinochet one, Lord Hoffman, failed to disclose a close connection with one of the parties – Amnesty International.

Owing to the fact that the allegations made against Senator Pinochet involved torture the human rights organisation Amnesty International was given leave to intervene and make oral submissions that former heads of state such as Senator Pinochet with blood on their hands should not be immune from prosecution. Which was fair enough except that Lord Hoffmann did not disclose that he was a director of the charitable trust behind Amnesty International and that his wife worked part time for Amnesty in an administrative capacity.

I am still not sure what possessed Lord Hoffmann to fail to disclose his connection with Amnesty – arrogance probably. Surely he must have known he could not sit in a case in which Amnesty International was a party and that he would be found out. The odd thing was that Amnesty’s formidable legal team knew of his connection and failed to warn him. Even Homer nods sometimes I suppose; or perhaps the great and the good become complacent. Who knows?

There can be no doubt, however, that had Lord Hoffmann disclosed his role at Amnesty he would have had to recuse himself. Not only on the ground of the appearance of bias but on the related ground that you cannot be a judge in your own cause.

Recusal is a course that is always open to judges. I remember a case in which wise old Mr Justice Robert Megarry disclosed that he had a few shares in the company involved in the application before him and asked the parties whether they objected. They both said they had no objection; nine times out of ten the parties do not object once a judge discloses an interest.

I was not so lucky. I have been sitting as a part time judge since 1992 and offered to recuse myself on one occasion quite recently. It was case of an assault causing grievous bodily harm on a Turkish Cypriot woman by her lover who was from an East European country. I disclosed to the barrister for the defence that I was of Turkish Cypriot background whereupon he promptly applied for me to recuse myself. It was a difficult decision because of its implications in a multi-racial society but in the end I did so because, as judges we should always remember the words of the philosopher Michel de Montaigne that however elevated the bench we sit, we still sit only on our bottom.

A case of Brexit chicken: who will blink first?

The cost of deriding political equality