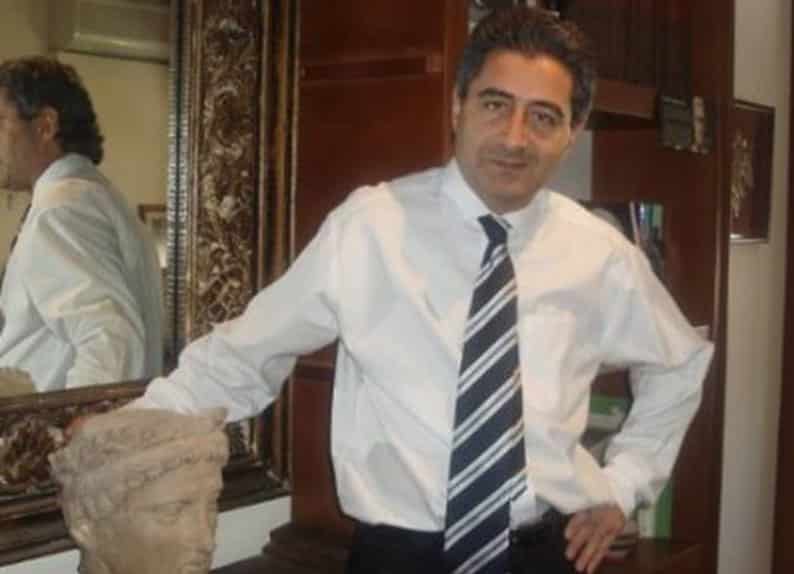 A law firm accused of having an incestuous connection with the island’s supreme court, fought back on Monday, rejecting the allegations as unfounded and slanderous.

The firm’s attack on lawyer Nicos Clerides, who made the allegations, was also supported by the supreme court itself which censured Clerides for the “twisted picture he tried to paint and his blatant attack against the supreme court”.

In its statement on Monday, Chrysafinis and Polyviou (C&P) said the allegations were an attempt to tarnish the firm’s name and the name of the “remarkable lawyers” working for it who “happen to be related” with supreme court members.

The firm’s response followed a letter to the Bar Association last week by lawyer Nicos Clerides, brother of attorney-general Costas Clerides, detailing the relationships between a number of lawyers working at C&P and supreme court judges. Clerides suggested that several cases regarding the Bank of Cyprus, which C&P represents, had been won because of these relationships.

It added that Clerides’ letter to the Bar Association was “full of inaccuracies (not specified) and innuendos and clearly promotes ulterior objectives”.

The firm said it reserved all its legal rights in relation to the claims.

It went on to say that all its lawyers’ appearances before the courts, including the cases referred to by Clerides, were perfectly legit.

“We note that employment of judges’ relatives by law firms is commonplace, not only in Cyprus but also abroad, and our office is just one of the law firms employing relatives of the judiciary now and in the past,” the statement said.

“No rational person in Cyprus can doubt the integrity and impartiality of the members of the judiciary and especially the members of the supreme court, whose work, despite the problems and challenges our courts face today, is remarkable, and in many ways, is the only support to our society during times when institutions and values are brutally knocked on a daily basis.”

Over the weekend, Polyviou’s nephew Theodoros Middleton suggested that those who live in glass houses should not throw stones.

In an article published in the media, Middleton said: “It is highly hypocritical and populist on the part of the attorney-general’s brother to cite children of judges who work with Bank of Cyprus.

“Nicos Clerides’ own nephew, the son of Costas Clerides, while the latter was a judge with the supreme court, used to work at Bank of Cyprus and now, when his father is the attorney-general, he works for a law firm.”

Clerides refrained from responding to the law firm on Monday, except to say he stood by his words.

What he has exposed, he noted, is being whispered among lawyers throughout the country.

“They are all afraid of taking responsibility, because it [law firms] is the most powerful economic establishment in Cyprus.”

Clerides wrote the lengthy and detailed letter concerning the C&P law office after he was asked to substantiate certain allegations made in December.

His outburst in early December followed the acquittal of two former bank executives by the criminal court.

He was responding to comments made by another lawyer on Facebook criticising the adequacy of his brother.

“There is not a single supreme court judge who does not have a child at the law office that promotes the banks’ interests,” Clerides said of the firm, which represents Bank of Cyprus.

With the affair snowballing, President Nicos Anastasiades was asked by journalists whether he was considering intervening.

The president all but ruled it out.

“We need to understand that there exists a separation of powers in this country and if, and only if, circumstances dictate does the President of the Republic intervene,” he said.

It would be unwise for the government to step in while the matter is being investigated by the proper channels and until and unless the claims are substantiated.

“Otherwise we’d end up with the executive branch interfering with the judiciary and instead of solving the issue we would complicate it,” Anastasiades added.

The supreme court meanwhile convened on Monday to discuss the matter.

In a statement later, the court battened down the hatches, censuring Clerides for the “twisted picture he tried to paint and his blatant attack against the supreme court”.

It noted that during the Bank of Cyprus proceedings, none of the litigants – including the attorney-general’s office as public prosecutor – had objected to the composition of the bench.

“Non-stop and blindly hostile rhetoric aimed at judges and judicial rulings creates a chasm between the courts and the people, causing irreparable damage to the relationship between society and the judiciary.

“The reaction of the legal community to this danger must be direct and robust, in order to avert the creation of irreversible situations.”

Akel MP Irini Charalambidou said Monday she has written to the Council of Europe’s anti-corruption organisation Greco asking for their intervention as a matter of urgency.

In a letter to Greco’s Executive Secretary Gianluca Esposito, Charalambidou detailed the allegations made by Clerides.

“Due to the importance of the issues raised and the fact that the Supreme Court is the supreme judicial institution in Cyprus, I am of the opinion that an external assessment of the situation is the only way to safeguard the implementation of sound measures for the restitution of the reliability of the judicial power,” she said.

“Since Greco’s objective is to improve the capacity of its members to fight corruption by monitoring their compliance with Council of Europe anti-corruption standards through a dynamic process of mutual evaluation and peer pressure, I am confident that your intervention is urgent.”

A night for romantic tango