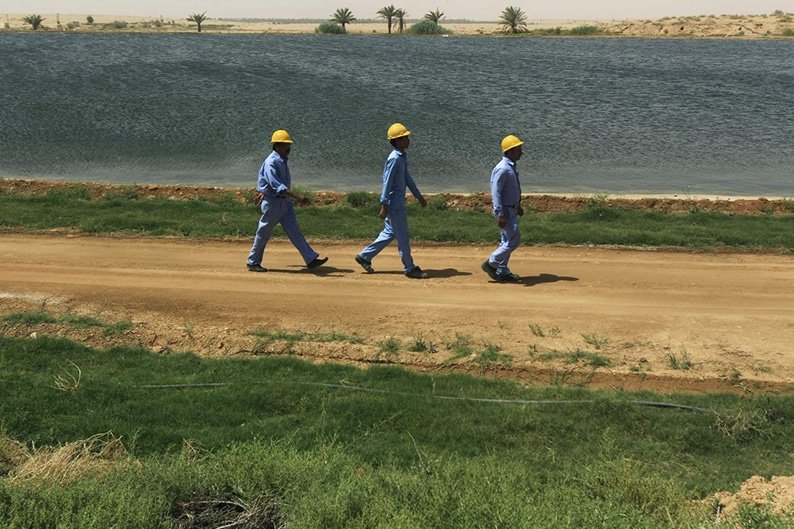 Waste chemicals "accumulate in the environment and can have toxic effects in fish", said Edward Jones

About 55 per cent of the brine is produced in desalination plants processing seawater in Saudi Arabia, the United Arab Emirates and Qatar, according to the study by the UN University’s Canadian-based Institute for Water, Environment and Health (UNU-INWEH).

The hyper-salty water is mostly pumped into the sea and, over a year, would be enough to cover the U.S. state of Florida with 30 cms (one foot) of brine, it said of the fast-growing and energy-intensive technology that benefits many arid regions.

Brine, water comprising about five per cent salt, often includes toxins such as chlorine and copper used in desalination, it said. By contrast, global sea water is about 3.5 per cent salt.

Waste chemicals “accumulate in the environment and can have toxic effects in fish”, said Edward Jones, the lead author at UNU-INWEH who also works at Wageningen University in the Netherlands.

Brine can cut levels of oxygen in seawater near desalination plants with “profound impacts” on shellfish, crabs and other creatures on the seabed, leading to “ecological effects observable throughout the food chain”, he said.

Vladimir Smakhtin, director of UNU-INWEH, said the study was part of research into how best to secure fresh water for a rising population without harming the environment.

“There are all sorts of under-appreciated sources of water,” he said, ranging from fog harvesting to aquifers below the seabed. The study also involved the Gwangju Institute of Science and Technology in South Korea.

Brine from desalination plants that tap brackish lakes, aquifers or rivers far inland is harder to treat than brine from coastal plants that can be piped into the seas.

Gurpal Toor, a water quality expert at the University of Maryland who was not involved in the study, said brine “could be a serious issue in a small body of water” like an inland lake.

Brine can be used inland for irrigating salt-tolerant crops, for fish farming or to produce table salt, he said.

“We see a lot of marine life, different types of fish, in the vicinity to the discharge point,” said Drak, who was not involved in the UNU study.

Greek teachers clash with police for second time in a week

Meetings herald ‘a new beginning’ for teachers and minister