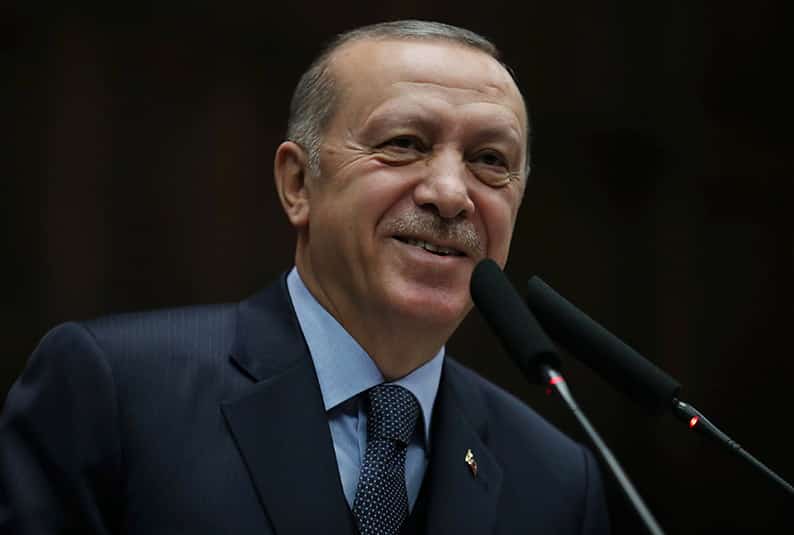 After a decade and a half in power and an economic boom gone sour, Turkish President Tayyip Erdogan’s AK Party could lose control of some large cities in local elections on March 31.

While Erdogan will continue to hold sweeping executive powers, a weak showing by the AKP would be a symbolic blow and illustrate how frustration over the economy has hurt a politician long seen as unbeatable.

Two party sources told Reuters that two of its internal polls showed support for the AKP had fallen to 32-35 per cent, before accounting for the 30 per cent of voters still undecided. In 2014 local elections the AKP took 43 per cent, far ahead of its nearest rival, the secularist Republican People’s Party (CHP), which polled less than 25 per cent.

The AKP now faces the potential loss of Ankara, the capital, and a tight race in Istanbul, the sources said. The AKP party, or its predecessor, has controlled both cities, as well as most other big Turkish municipalities, for more than 20 years.

Erdogan rose to prominence as mayor of Istanbul and is known to attach special importance to municipal elections, seeing local politics as key to how voters view the national government. While he is not up for election, the polls are widely regarded as a referendum on his rule.

A sharp fall in AKP support would be all the more discomforting given that its alliance partner, the nationalist MHP, is not fielding candidates in some municipalities.

“For Erdogan, it’s about prestige, too. He had to form alliances with other parties in the last two elections, which he didn’t need to in the past,” said Gareth Jenkins, a veteran Turkey analyst.

“If he loses Ankara or Istanbul this time despite the alliance, it will mean that his political career is in decline. It may be a long and slow decline, but at the end of the day, it’s a decline.”

The Islamist-rooted AKP swept to power in 2002 on a platform of ending graft, boosting the economy and aiding millions of poor, pious Turks largely ignored by the secular elite.

It has overseen a period of thunderous economic growth, fuelled largely by debt and construction, that economists warned was unsustainable. The economy was shaken last year by a currency crisis that sent inflation to 25 per cent and sapped growth.

The AKP is now pushing stimulus measures aimed at poorer voters – hiking the minimum wage, cutting some import taxes, restructuring credit card debt – but the impact appears limited and the economy is headed for recession.

“Support for our party is around 32-35 per cent, clearly below our expectations. But we are still at the beginning of the election campaign, and we will work towards persuading those who have not decided yet,” a senior AKP official told Reuters.

“The situation in Ankara is not great. We may face similar challenges in other big cities,” the official said, adding he believed it was doing relatively well in Istanbul, Turkey’s largest city and its commercial capital.

A second AKP official confirmed that the two surveys put support for the party at below 35 per cent, down from the 52.59 per cent Erdogan received in last June’s presidential election.

The opposition CHP declined to discuss its internal poll figures when asked by Reuters. A senior member said their aim was to take some big cities, including Istanbul and Ankara. Turkey’s third biggest city, Izmir, is a CHP stronghold.

Former prime minister Binali Yildirim is running for mayor of Istanbul but faces a stiff challenge from the CHP, even though its candidate, Ekrem Imamoglu, is relatively unknown.

The victor in Istanbul will likely win by a narrow margin, said Murat Sari of polling company Konsensus, which puts Yildirim at 53 per cent and Imamoglu at 46 per cent.

“The CHP is leading in Ankara by one percentage point. There are many people who haven’t decided yet, but the AKP may lose Ankara,” Sari said.

Jenkins, the analyst, said it was clear that Erdogan’s message was not resonating as strongly as it once did: “He has successfully sold hope to the society that they will become richer. At the moment, we don’t expect any return to higher growth soon, so he’s no longer able to sell this hope.”

Hopefully the above information has clarified things for you. As it was previously mentioned, if you are not sure whether you want to allow the cookies or not, it is usually safer to leave cookies enabled in case it interacts with one of the features you use on our site. However, if you are still looking for more information, then feel free to contact us via email at [email protected].com