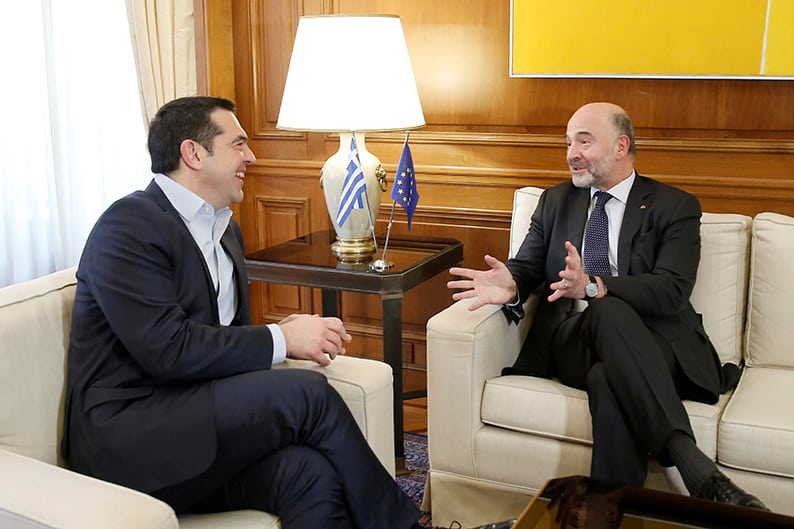 Greek Prime Minister Alexis Tsipras is set to win a confidence vote on Wednesday night, which will pave the way for parliament to ratify an accord he struck last year to end a long dispute over Macedonia’s name.

Tsipras called the confidence vote following the resignation of his right-wing coalition partner Panos Kammenos in protest over the accord.

Greek opponents of the agreement say Macedonia’s new name – the Republic of North Macedonia – reached after decades of dispute between Athens and Skopje – represents an attempt to appropriate Greek identity. Macedonia is the name of Greece’s biggest northern region.

Tsipras has said that if he wins the vote with an absolute majority of 151 in the 300-seat parliament, he will bring the so-called Prespes agreement to parliament for approval this month. If he fails, he said he would call a snap election.

An early election could delay reforms, privatisations and Greek efforts to return to bond markets. Tsipras’ Syriza party is trailing by up to 12 points behind the pro-investment conservative New Democracy party, which opposes the deal.

Hours before the midnight (2200 GMT) vote, Tsipras told EU Commissioner Pierre Moscovici he was optimistic that parliament would reaffirm his mandate. “I’m very optimistic that Greece’s parliament will safeguard stability in the country because this is a very significant period. We are on the path of growth and political stability is crucial,” he said.

Deputy Prime Minister Yannis Dragassakis earlier said he was certain that the government would emerge stronger after winning the confidence vote and be able to secure a majority for the parliamentary approval of the Macedonia name accord.

He told parliament that winning both votes would restore political stability and allow Greece, which has emerged from an international bailout to return to bond markets in due time.

Moscovici told reporters that Greece should be focused on regaining full market access.

Based on the country’s constitution, Tsipras only needs to secure half of those present in the 300-seat chamber during the vote and at least 120 votes to win. But he wants to get 151 votes and have an absolute parliamentary majority.

Tsipras has 145 seats and the support of one independent lawmaker. He is set to win the vote with the backing of four dissenters from Kammenos’s party and one lawmaker from the small centrist Potami party.

The government also wants the Macedonia accord approved with 151 votes, a tough target since the opposition rejects it.

“The endorsement of this deal would be binding for the country and for any government in the future,” said conservative New Democracy lawmaker Constantinos Karamanlis.

Protesters, who have called the deal a betrayal, planned a rally outside parliament on Sunday. Police detained four people in northern Greece for putting up posters with the faces of lawmakers supporting the deal. A caption beneath them read “Are you going to betray our Macedonia?”

Greek parliamentary endorsement is needed for the tiny Balkan nation to eventually join the European Union and NATO.

The agreement has been praised by European and international institutions. But Russia’s Foreign Minister Sergei Lavrov said on Wednesday his country had questions about the legitimacy of the process to change Macedonia’s name.

Meeting to discuss opening of checkpoint at Kokkina