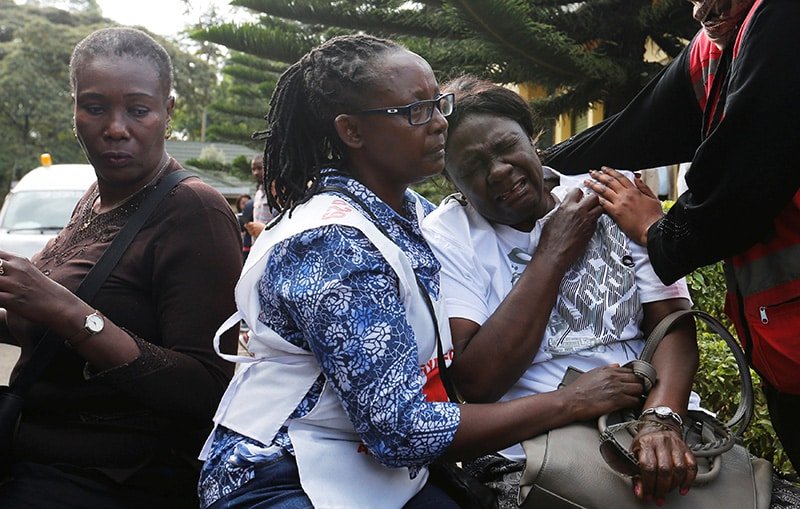 A woman mourns outside the Chiromo mortuary after viewing the dead body of her kin recovered from the scene where explosions and gunshots were heard at the Dusit hotel compound, in Nairobi, Kenya January 16, 2019. REUTERS/Thomas Mukoya

By John Ndiso and Omar Mohammed

NAIROBI, Jan 16 (Reuters) – Kenya’s president said early on Wednesday that security forces had killed all four militants who stormed an upscale hotel complex in Nairobi the previous day, in an attack that killed at least 14 people.

Uhuru Kenyatta said 14 civilians were confirmed dead and over 700 others had been safely evacuated.

The attack on the dusitD2 hotel began shortly after 3 p.m. on Tuesday with an explosion in the parking lot and then a suicide bomb blast in the foyer, police said.

At least two groups of people had still been trapped inside as dawn broke, and gunfire continued to ring out around the complex in Riverside Drive.

An earlier estimate put the death toll at 15

Eleven Kenyans, an American and a Briton were among the casualties, morgue staff said. Two victims had not been identified.