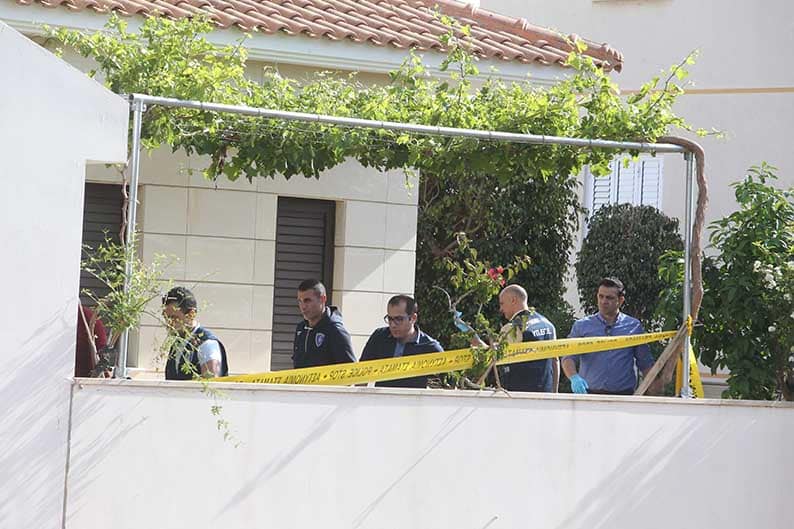 The criminal court on Thursday allowed the submission of a potentially key piece of evidence in the trial of four suspects for the double murder of a couple that took place in Nicosia in April last year.

The court rejected a defence motion to prevent two notebooks belonging to the main suspect, 33-year-old Loizos Tzionis, from being presented in court.

Tzionis, believed to be the mastermind of the crime, his half-brother Lefteris Solomou, 23, girlfriend Sarah Shams, 21, and Marios Hadjixenophontos, 22, have been charged with the premeditated murder of Giorgos Hadjigeorgiou, 60, and his wife Dina Sergiou, 59.

The four had planned to rob the couple

Investigators found a notebook in a car belonging to Tzionis’ grandfather, in which the defendant allegedly wrote all the facts relating to the case. Tzionis had used the car after the crime. Police had told the court previously that his girlfriend had also written in the notebook.

The defence claimed police obtained the notebook illegally, without having first securing a search warrant. It had asked the court for a trial within a trial to decide the matter, arguing that Tzionis couldn’t have given permission to search the vehicle because it was not his.

The criminal court rejected the defence’s position, noting that the vehicle had been seized by police a week after the murder, on April 25, and it remained in custody as part of the investigation. On May 4, it was searched and the notebook in question was found, the court said.

“The exhibit (car), which is in the possession of the police legally as part of the investigation, can undergo any treatment within reason, without the prior order or approval of the court,” the court said. “Something like this can be done irrespective of who the owner is.”

The court went on to add that the police had every right to open and search the vehicle every time there was suspicion that evidence could be found that would help resolve the case.

“This could be done without obtaining a search warrant before and without the explicit permission of either the owner or the user.”

It would be unreasonable for a warrant to be issued each time a new search of a legally seized exhibit was needed, the court said.

The court adjourned for January 23 when it is scheduled to conduct a walkthrough of the crime scene on Zalongos Street in Strovolos.

The couple’s son, 15, was inside the house at the time but the perpetrators didn’t hurt him.

Interim solution for British bases in case of hard Brexit