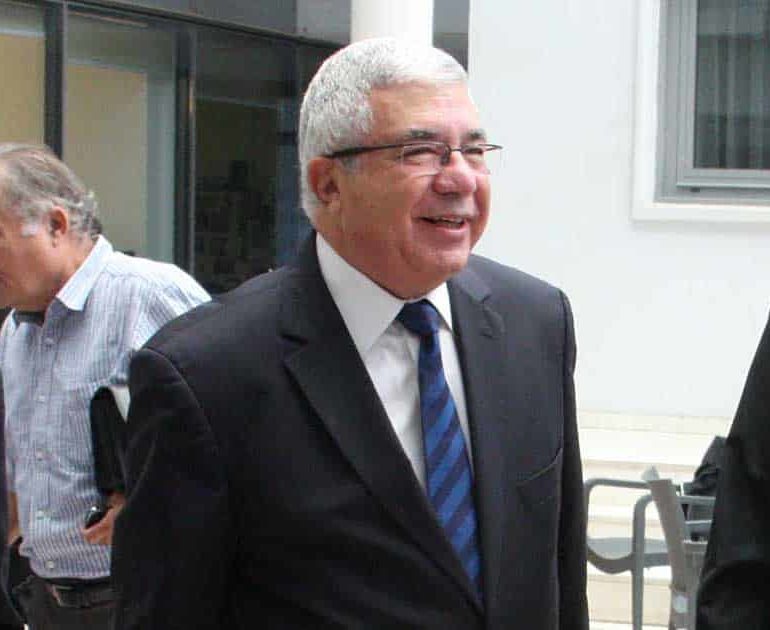 BANK of Cyprus reaches out-of-court settlements in hundreds of lawsuits brought against it, and there is therefore nothing unusual about the case involving relatives of the president of the supreme court, the lender said on Thursday.

Bank sources were commenting on the furore surrounding revelations that the daughter and sister of supreme court president Myron Nicolatos had benefited from out-of-court settlements with Bank of Cyprus (BoC) relating to lawsuits they had filed concerning the conversion of their deposits into bonds.

At approximately the same timeframe Nicolatos had adjudicated in an appeal filed by former BoC CEO Andreas Eliades who had been jailed for market manipulation.

In a 2 to 1 decision, the three-bench court had found that Bank of Cyprus and Eliades, although they had made false representations about the financial status of the bank, did not do so with intent to manipulate the market but rather to ‘reassure’ shareholders.

The casting vote, which benefited the bank, belonged to Nicolatos – which has led to talk of a quid pro quo with the lender and the suggestion that Nicolatos ought to have recused himself from the hearings.

The bank itself said such arrangements with litigants are par for the course.

Bank sources cited data concerning 2013, during which year the lender reached 333 out-of-court settlements, or one-fifth of all lawsuits which totalled 1,680.

Of these, 241 cases related strictly to bond conversions.

Out-of-court settlements, bank sources said, are arrived at depending on the circumstances of each case, such as whether the complainant is deemed to have a strong chance of success and the cost of the litigation.

Beyond the 333 instances that included that of Nicolatos’ sister, the bank has settled 1145 other cases relating to bonds more broadly – such as offsetting loans against deposits and debt write-offs.

“In our view, the data show that the case in question [Nicolatos’ sister] is nothing ‘special’, given that the number of out-of-court settlements demonstrates this practice is quite commonplace.

“Under certain conditions, this practice was and is available to bondholders as well, though not in terms of an en masse resolution.”

The bank made no mention of the lawsuit involving Nicolatos’ daughter.

Hot on the heels of these comments, Greens MP George Perdikis called on the Central Bank to disclose information on out-of-court settlements struck with bondholders suing Bank of Cyprus.

“The Central Bank ought to intervene and furnish a list, at least of politically exposed persons who have benefited from out-of-court settlements,” he said.

Chiming in, the chairman of the Bondholders Association Fivos Mavrovouniotis voiced “grief” at the bank’s disclosure, which he said shows a double standard when it comes to banks dealing with connected individuals.

“Our association has repeatedly asked for out-of-court settlements, but our calls have been rejected. This goes to show the extent of corruption in Cyprus,” he said.

The bondholders plan a demonstration outside the supreme court on Friday.

Later in the day, the law firm which had represented Nicolatos’ daughter Sofia in her lawsuit against the bank came out with a statement of their own.

Patrikios Pavlou & Associates said that Nicolatos had signed a document in July 2008 requesting on behalf of his daughter – who was a minor at the time – the acquisition of Bank of Cyprus bonds.

It said that Sofia’s lawsuit was unlike the vast majority of cases brought by bondholders, in that she never personally signed any document, once coming of age, that sanctioned the transaction.

The law firm said they took the case as they were confident their client, Sofia, had a strong case for recovering the entire value of her deposits that were converted into bonds.

“However, due precisely to the fact that she is the daughter of the president of the supreme court, she chose to lose significant amounts by reaching a settlement out of court, rather than go for a full trial which might potentially place any judge in a difficult position.”

In late 2015, the law firm stated, Sofia agreed to a ‘haircut’ on the amount she was claiming. In addition, with this arrangement she agreed to drop all other claims she had filed against the bank.

“It goes without saying that her father had no involvement whatsoever in either the deliberations or the settling of the case.

“We do not believe that our client and/or her father should be grateful to Bank of Cyprus for the settlement that took place,” their statement concluded.

Meanwhile also on Thursday the Bar Association met to discuss how to handle the incendiary allegations of attorney Nicos Clerides that ignited the whole controversy.

Clerides, whose brother is the Attorney-general, upset the apple cart in December when in a Facebook post he claimed that most supreme court judges have either direct or indirect familial ties to a top law firm, Chrysafinis & Polyviou LLC, hinting at conflict of interest.

He was defending his brother against criticism that the Attorney-general had lost all criminal cases filed against Bank of Cyprus in connection to the 2013 financial meltdown.

Clerides argues that the supreme court has been captured by the law firm.

In a statement after their meeting, the Bar Association appeared to be passing the buck, stressing that “no question mark hangs over the credibility of the supreme court or any of its judges.

“Everyone should assume their responsibilities. If anyone possesses any evidence [on impropriety] they should hand their evidence to the esteemed Attorney-general.”

The Bar Association said the issue was a broader constitutional one, namely, that the supreme council of judicature is effectively the same as the supreme court.

The council can initiate a process against any judge, with or without a complaint.

Our View: May won a reprieve but there are not many options open to her