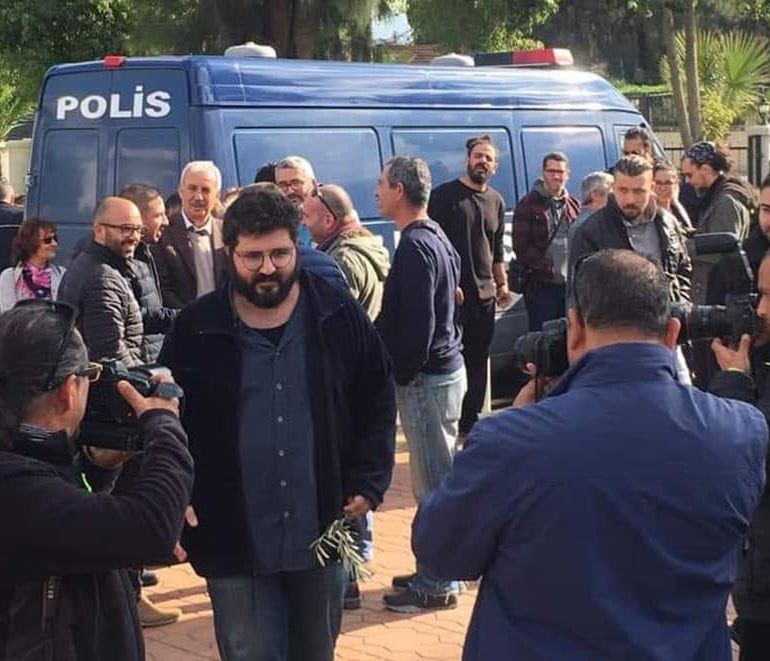 Turkish Cypriot conscientious objector Halil Karapasiaoglou, 33, was released from the prison in the north on Friday after serving three of the 20 days that were initially imposed by a military court earlier in January.

An appeal was filed by Karapasiaoglou’s lawyer, Oncel Polili, against the decision taken on January 3 for his imprisonment, claiming that the decision by the military court violated articles 5 and 9 of the European Convention on Human Rights, as well as the fair trial principle.

The appeal was accepted by the court on Friday, which ruled that in view of the draft law recognising conscientious objection that will be discussed and voted on in the north until January 31, Karapasiaoglou’s mitigation circumstances should be re-evaluated and his sentence reduced from 20 days to three.

Following the reading of the ruling, Karapasiaoglou was led back prison from where he was released, and where people had gathered in support.

The Cyprus News Agency (CNA) reported that the draft law for the recognition of conscientious objection was announced on Thursday.

If approved it will enable conscientious objectors to do alternative civilian service in the army or a public institution.

Karapasiaoglou was led before the military court on 3 January for refusing to report for reserve army duty for the past four years for ideological reasons, landing him with four open cases for which he was found guilty and was refused recognition as a conscientious objector.

The court ordered the payment of a fine of £2,000 Turkish Lira – around €300 – and a prison sentence of 20 days should Karapasiaoglou fail to pay the fine by January 14.

Refusing to pay the fine, claiming that to do so would defeat the purpose of his struggle against militarism, Karapasiaoglou was taken to prison on Tuesday.