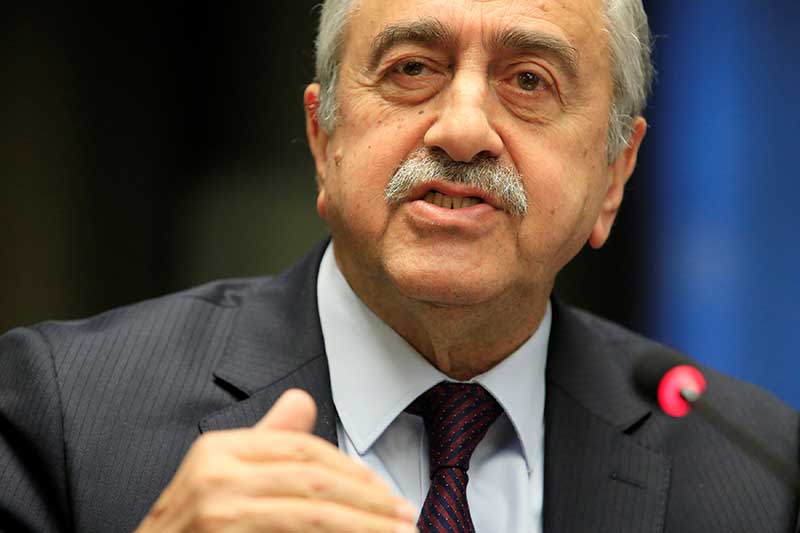 Turkish Cypriot leader Mustafa Akinci hit out at his ‘foreign minister’ Kudret Ozersay on Sunday through his Facebook page over the latter’s view on the Cyprus negotiations.

A translation from Turkish provided by Unite Cyprus Now, gave Akinci’s response to Ozersay who the Turkish Cypriot leader said “felt the need to announce through media that he thinks different from me – as a president”.

“It is not my style to communicate with a member of the government, which I am showing effort to be in good relations with, through media; but since this has been the choice [of the FM] and since I started receiving questions after that, I must express my view,” said Akinci.

He said as far as he understood, in his statements, Ozersay said the Turkish Cypriot leader was insisting on a model based on a “sharing” federation but suggests that what now needs to be tried is a model “based on cooperation”, “hence, he thinks different from me”

“I assume he is not claiming that I am against cooperation – he can’t say that anyway, because it was me who implemented the first cooperation project (sewage) between the municipalities after 1974. That followed the masterplan that covers the both parts of Nicosia,” Akinci wrote.

Despite some obstacles he said were placed on cooperation by the Greek Cypriot side such as mobile phone cooperation and connecting the electricity grids, “are we going to stop defending what is reasonable and fair for a sustainable peace?”

“Are we going to say ‘We are done with the federal model, we only discuss cooperation of two states?’ to the advisor appointed by the UN Secretary General Guterres? Surely, the biggest obstacle against a federal solution is the understanding of GC leadership who resist sharing power and wealth [with us] but we need to stay consistent, determined, against this understanding; stick with the UN parameters and previous agreements; and demonstrate a clear position. In order to overcome this wrong understanding, we need to continue our struggle and get the support of the third parties as well.”

Clearly,  he added, time was working for permanent division.

“Is this the best outcome for this beautiful island? In fact with this message I also want to call out to our community and the Greek Cypriot community. Unless we succeed a fair share among ourselves, others will share this island and its blessings.”

Meanwhile, Turkey will soon begin drilling in the maritime region of Cyprus and possibly areas “licensed by the Turkish Cypriots”, its energy minister Fatih Donmez was reported as saying on Sunday as he issued “a new warning” to Greek Cypriots.

He also said that by late February or mid-March Ankara expected first results from drilling off Antalya, which went to a depth of 4,000 metres, Donmez said. “Our goal is 5,500 to 6,000 metres. We will have the results of our first drilling by the end of February through mid-March.”

He said even if no natural gas or oil was found, “we will continue with the next drilling without hesitation as the eastern Mediterranean is said to be an area with great potential for hydrocarbons”.

Donmez stressed that Turkey would “not accept the exploitation of Turkish Cypriot rights in Cyprus, nor the creation of a fait accompli.” He was referring to Cyprus’ drilling programme.

He added that the Turkish state-owned oil company was already investigating areas “licensed by the Turkish Cypriots”, and “maybe in a short time we can do our first drilling in that area.” Turkish Cypriots lay claim to all or part of some blocks in Cyprus’ exclusive economic zone (EEZ).

“On this occasion, let us send a new warning specifically to the Greek Cypriot side once again. We have the right to do whatever research we want and whatever drilling we want in our own territorial waters and in our own EEZ. We do not covet anyone’s property and resources but we will not accept anyone to violate the rights and interests of the Turkish Republic or the Turkish Cypriot community living in Cyprus.”

(An earlier version of this article was only able to cite an excerpt from Akinci’s Facebook post in Turkish,  which was published in Greek without context)