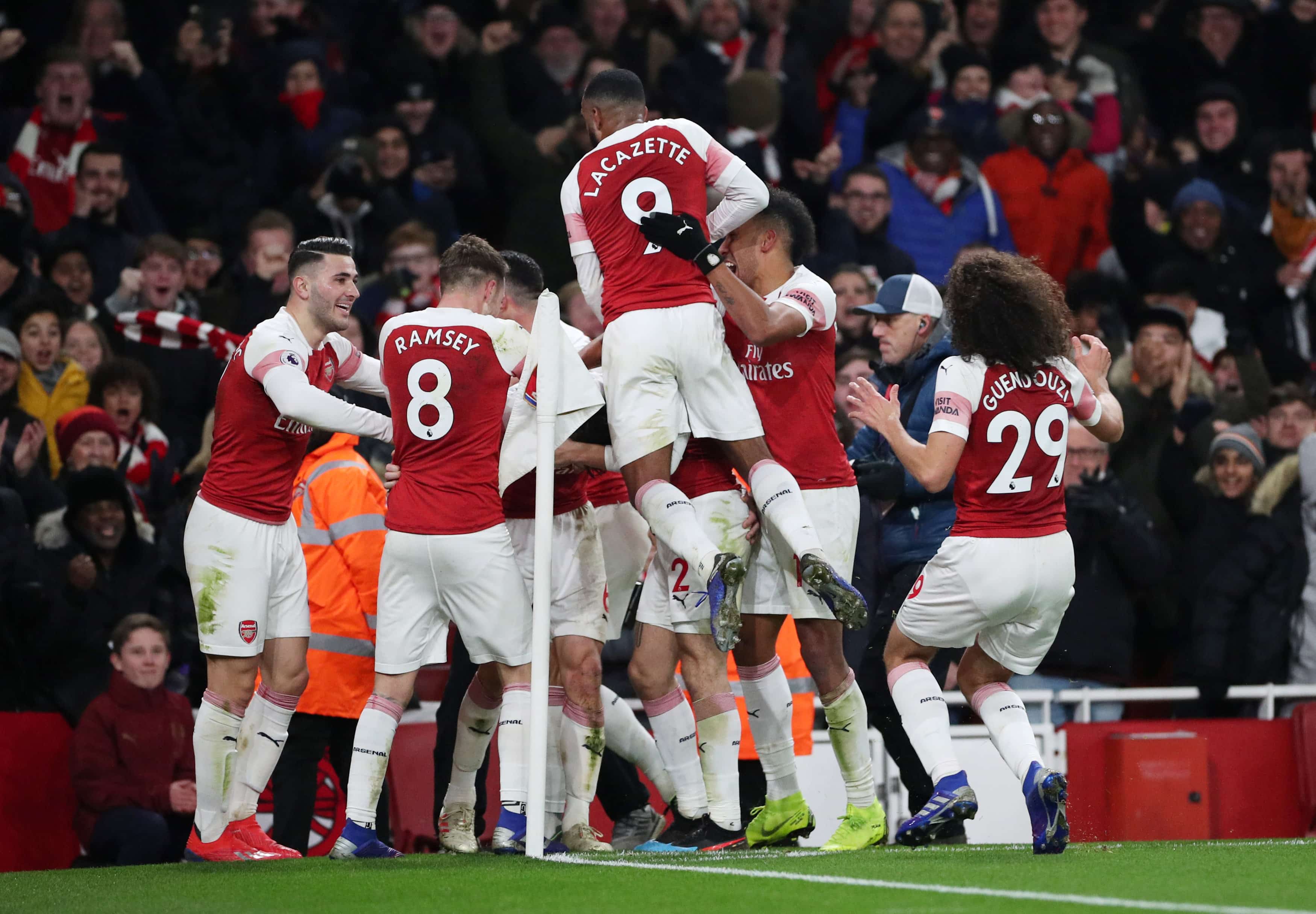 Arsenal revived their hopes of a top-four finish with first-half goals by Alexandre Lacazette and Laurent Koscielny securing a comfortable 2-0 derby win at home to toothless Chelsea on Saturday.

Chelsea’s lack of punch in the final third of the pitch was evident again as they enjoyed 64 percent of possession without ever really threatening to unlock Arsenal’s defence.

Arsenal were far sharper as an attacking force and deserved more than Lacazette’s superb 14th-minute effort and skipper Koscielny’s scruffy second in a scintillating opening period.

But those goals, and a resolute defensive display after the break, proved enough to give Arsenal only their third home league win against Chelsea in 10 years.

It also meant that, having begun the match in sixth spot after Manchester United’s win over Brighton and Hove Albion, they moved back into fifth place on goal difference with 44 points, three behind fourth-placed Chelsea.

“Today we needed to win. We made a mistake last week (at West Ham) so today’s game was a six-pointer,” Koscielny said.

“If we lose we will be nine points (off Chelsea) and if we win the gap will be just three points.

“We’re still in the race for the top four. I think the commitment today was amazing from all the boys.”

After last weekend’s lacklustre defeat at West Ham United, Arsenal, with Mesut Ozil again on the bench, came out with something to prove on a raw night at the Emirates.

Pierre-Emerick Aubameyang should have scored early on but sliced wide from in front of goal from Lacazette’s cross while Chelsea keeper Kepa Arrizabalaga made an instinctive save to keep out Koscielny’s point-blank header shortly afterwards.

Arsenal took the lead with a goal of real quality.

There appeared no route to goal when Lacazette received the ball with his back to goal in the area, but his silky turn left Chelsea’s Marcos Alonso floundering before he smashed in a shot that flew inside Arrizabalaga’s near post.

Pedro lobbed wide for Chelsea and Alonso headed against the post on the stroke of halftime but by that point Maurizio Sarri’s side were already 2-0 down thanks to Koscielny’s shoulder.

When the ball was played in Koscielny was unmarked but he mistimed his header, only for the ball to spin off his shoulder and beyond the reach of Chelsea’s keeper.

Arsenal restricted Chelsea in the second half as the visitors enjoyed the lion’s share of possession without ever opening up Arsenal’s defence.

Not even the introduction of former Arsenal striker Olivier Giroud, cheered by the home crowd, could liven up Chelsea’s blunt attack, which has managed six goals fewer than any other top-six side this season.

The one sour note for Arsenal was the sight of Spanish right back Hector Bellerin leaving the field on a stretcher with what appeared to be a knee injury.

Attempts to demonise us will not stop Gesy, says HIO

Legal fracas over BoC lances the boil of the old guard