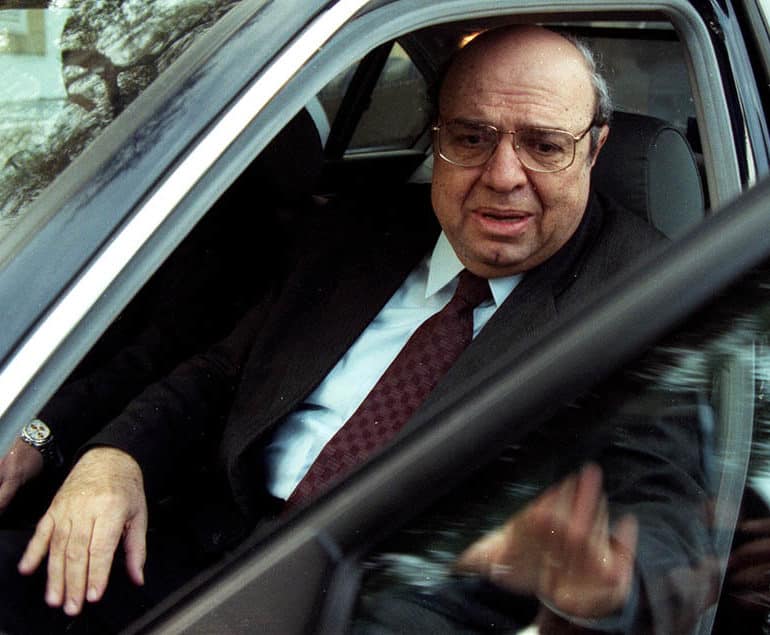 Former Attorney-general Alecos Markides believes Supreme Court President Myron Nicolatos should not resign but he conceded the judicial system needed an overhaul given some outdated attitudes that are seen from a different perspective today.

Markides, in an interview with Politis, published on Sunday, was commenting on the furore surrounding Nicolatos, whose critics have focused on the fact that his daughter and sister appeared to have benefited from out-of-court settlements with Bank of Cyprus (BoC) relating to lawsuits they had filed concerning the conversion of their deposits into bonds.

Nicolatos had adjudicated in an appeal filed by former BoC CEO Andreas Eliades who had been jailed for market manipulation.

In a 2 to 1 decision, the three-bench court found that Bank of Cyprus and Eliades, although they had made false representations about the financial status of the bank, did not do so with intent to manipulate the market but rather to ‘reassure’ shareholders.

This news had followed claims first made by lawyer Nicos Clerides, brother of the attorney-general, which sparked the fracas. Clerides claimed, and later provided details, that the courts were controlled by the Polyviou and Chrysafinis law firm.

“There is not a single supreme court judge who does not have a child at the law office that promotes the banks’ interests,” the attorney-general’s brother had said of the firm, which represents Bank of Cyprus.

On Tuesday, the attorney-general appeared to back up the claims, saying that in supreme court’s final judgement in the market manipulation (insider information) case filed against BoC, “three of the five judges on the appeals court have children or a spouse who are employed at the law firm representing the Bank and its officer in the appeals process.”

Citing court transcripts, Clerides said that at the beginning of the appeals process, which got underway on January 11, 2018, none of the members of the supreme court volunteered this information regarding their connection to the defendants’ law firm.

Markides, who has worked within the judicial system for almost 50 years, told Politis that Nicolatos should not resign. “Why resign? If he resigns, it will look like a sign of admission and then people will begin say say he is guilty. He cannot, and rightly does not,” he said.

Just prior to the interview, Markides let it be known on the record that he acts as the appeal lawyer for Nicolatos and his sister in a case before the supreme court related to a land expropriation case – going back to their father’s time – involving the Cyprus Ports Authority and the construction of Larnaca port

“What I personally know is that twice I went to the supreme court [for unrelated cases] and was opposite the [court] president himself and Mr Nicolatos declared publicly that I was his appeal lawyer and asked if there was any objections. And twice the attorney-general’s office said there was no objection and the case could move forward.”

Asked about the appearance in court of parents and offspring, Markides said it was wrong to judge practices that have been going on for years by the perceptions of today. He cited the reports of an incidence where lawyer Christos Triandafyllides had appeared before his father Michalakis Triandafyllides.

It was not once, said Markides, but dozens of times.

“And if you look at the decisions of the Supreme Constitutional Court of 1960, you will see that in many of them, when Michalakis Triandafyllides was a judge, his brother, Andis Triandafyllides, appeared in front of him and, in several cases, his uncle Stelios Pavlides, the one who raised them when their father was murdered,” he added.

“It was not considered that this practice was a problem or an impediment because the culture of the era was that judges should not be affected by such relationships. There was a big difference between the relationship of a judge to lawyer and a judge to the litigant,” he said. In the incidences laid out by Nicos Clerides, he said. It was not as if the children working for the law firm in question had appeared before a parent.

In the case of Nicolatos’ sister, he said she was a separate person “and had a lawyer, Christos Clerides and we know his relation with Costas Clerides. And Bank of Cyprus tells us that there have been many other similar settlements. And let’s not forget that the case was essentially about Mr Eliades. If Mr Eliades did not win the appeal, the bank would pay a fine? And would the bank be destroyed with a fine, so that all this manoeuvering should be done?”

He did concede that the system needed to be looked at to fit more with today’s perceptions.

Asked about general standard of judges in Cyprus, Markides said the system was not perfect by any means. “We got the English system and we gave it a very Cypriot colour,” he said.

Until recently, he said, someone with minimal service could be appointed to the district court but even in cases where performance was not up to scratch a judge would not be dismissed. “The main problem as I see is the following: You appoint a judge [to the district court], a young lawyer, he gets busy, even under circumstances that are often inhumane because of workload etc., but he’s been dealing for 20 years with private affairs until he happens to go the  court system.  Then he may get to the supreme court and suddenly he is the judge of complicated constitutional issues and public law, without having gone through such matters [in his previous roles],” said Markides, citing as an example a possible constitutional conflict between the House and the executive branch of government.

“And now we have set up an Administrative Court with specialised judges for special cases, which could also go to the supreme court judges… but that was not their job when they were in the district court. The House must understand that it is time to see all these issues in a serious way and certainly not to just for the benefit of the [TV] cameras.”

On the fact the whole issue would be discussed at House committee on Wednesday, Markides said: “It will not really matter. There will be a meeting, the meeting will be over, they will go out, they will see the microphones, they will say a few words, the Cybc will run the story at night and half the world will shut down the TV.”

“In parliamentary committees, the work produced depends whether the MPs do their job well or whether the discussions are held for publicity purposes,” he said.

He suggested a separate committee to look at the whole system be set up and make serious recommendations to the executive. “I think this initiative can be taken by the government itself. And because there is now an over-concentration of powers, it may be appropriate to appoint a new official, as independent as the attorney-general who is responsible for investigations and prosecutions…. that is a director of criminal prosecution, as in England,” he said, adding that he sees another weakness in the system in that judges have been isolated from the rest of society “and when you are isolated, other attitudes are created, which slowly make you divorced from the modern perceptions of the lawyers’ family and society as a whole”.

Asked whether the public should have confidence in the Cypriot courts, Markides said society must understand that “there is no widespread corruption in the judicial system in Cyprus” though there might be isolated cases. Although they are not known and therefore presumed to exist, it cannot be ruled out that there are, he said.

To a question as to why no one was punished by the courts for the financial crisis, Markides said all of the cases that did go to court had nothing to do with the destruction of the economy “if you ask me”.

“And therefore, whether there was a conviction or whether there was an acquittal was not related to the destruction of the economy. The economy was not destroyed because Eliades said at a general meeting that we have a deficit of 200 million euros while it was 400. That’s not what destroyed the Cypriot economy.”

The English School: from colonial clerks to the ruling elite