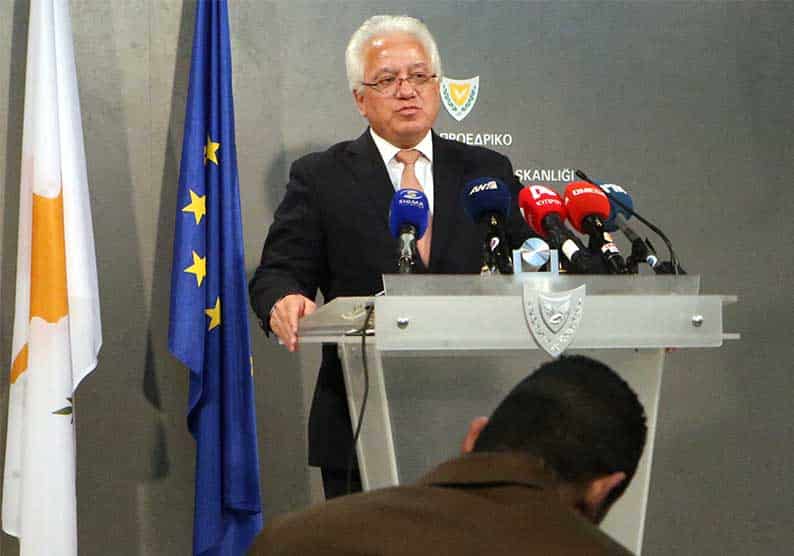 The government warned anew on Monday that the Cypriot justice system would collapse if it was not overhauled, but it admitted there was little it could do over recent allegations suggesting conflict of interest and possible collusion between one law firm and supreme court judges.

Reforming the system has been under discussion for more than two years with the authorities announcing the creation of new courts and procedures as they look to speed up the dispensation of justice, which is notoriously slow.

The matter emerged again in the wake of allegations regarding the relations between certain supreme court judges and a prominent Nicosia law firm.

The fracas broke out when lawyer Nicos Clerides, the brother of the attorney-general, suggested that the supreme court was influenced by the Chrysafinis and Polyviou (C&P) law firm, which employed judges’ children or was otherwise connected to them.

Among the accusations was one regarding an out of court settlement between the sister and daughter of supreme court President Myronas Nikolatos and the Bank of Cyprus, which is represented by C&P. The settlement of two claims linked to convertible bonds preceded an appeal case in which Nikolatos took part, acquitting the bank’s former CEO.

Nikolatos has rejected the accusations, refusing to step down.

Justice Minister Ionas Nicolaou conceded that there was little the executive could do.

“We have discussed the seriousness of the claims with the attorney-general and the Bar Association,” the minister said. “The matter will be discussed with the supreme court to the extent it is permissible.”

How the judiciary will act is its own issue, Nicolaou said, otherwise it could be viewed as an interference.

Nicolaou said the executive was responsible for putting measures in place in line with its own authority, like reforms and corrections, “but not only investigating or assigning blame”.

The minister said reforming the courts was something the government was looking at, repeating a warning he made last year that the system would collapse without them.

“Not only for the reasons some are citing today but because there will be no ability to dispense justice,” he said.

The same warning had been issued by Nikolatos in 2016, likening the system to a bicycle in an era of airplanes and satellites.

Civil proceedings rules date back to the island’s colonial days, as does the court registrar system, which still uses books.

A civil suit can take 10 years to finish and that’s without an appeal.

The government has prepared or is in the process of preparing nine bills designed to overhaul the system.

Included in the changes is the division of the supreme court into a supreme constitutional court and a court of third instance, and the creation of an appellate court staffed with the necessary number of judges to ensure speedy conclusion.

There will also be changes to the supreme council of the judicature to include district court judges, a lawyer and the attorney-general.

The supreme council of the judicature consists exclusively of the 12 supreme court judges and its president and is the only body that can discipline and or dismiss a judge.

The bills also introduce criteria for the recruitment of judges, the creation of a school for judges, a commercial court, an admiralty and a small claims court.