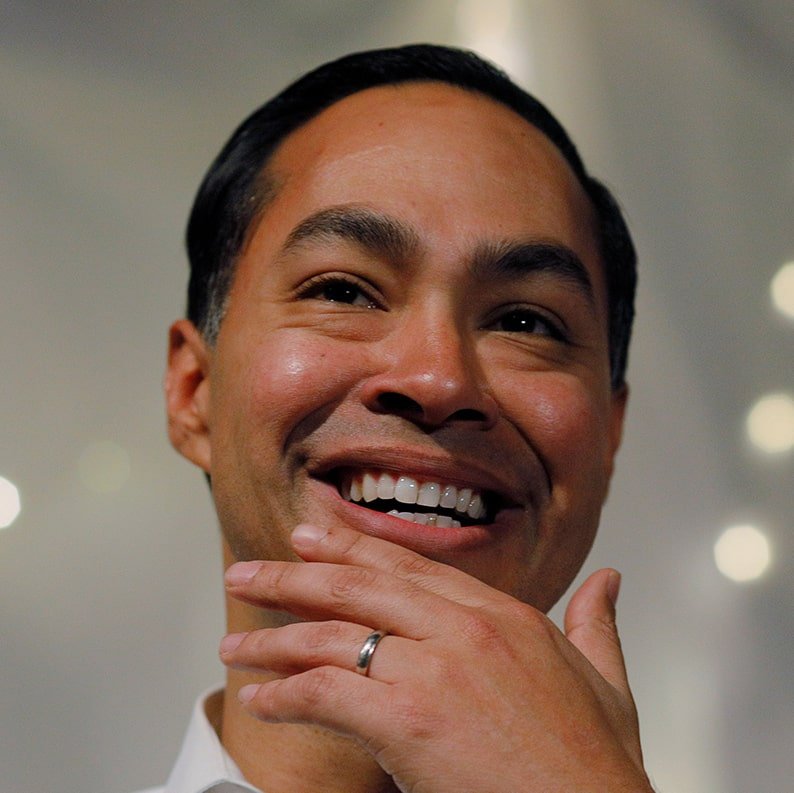 Democrats battling to win the party’s nomination to duel with President Donald Trump in the 2020 presidential election are unveiling radical liberal proposals in a bid to win early support.

One Democratic presidential contender Julian Castro launched his campaign by pledging support for Medicare For All, free universal pre-school, a large public investment in renewable energy and two years of free college for all Americans.

That was not enough for some of his party’s most liberal members.

Critics on social media quickly knocked Mr Castro’s plan to provide only two years of free higher education, instead of four, as “half measures,” “scraps” and “corporate Dem doublespeak”.

Aware of the backlash, the former Obama administration Cabinet member clarified his position in an interview days later.

“At least the first two years of college or university or apprenticeship program should be tuition free – and preferably four years,” Mr Castro said.

“We’re going to work toward that.”

Almost no policy is too liberal for Democrats fighting to win over their party’s base in the primary campaign, which is demanding a presidential nominee dedicated to pursuing bold action on America’s most pressing challenges.

Mr Trump won the presidency by winning the backing of traditional Democrat supporters, notably in the Rust Belt, leaving the party wrestling with how to win them back in 2020.

Among two dozen possible candidates, virtually all have embraced universal health care in one form or another.

Some have rallied behind free college, job guarantee programmes, a 15 US dollar minimum hourly wage and abolishing, or at least reconstituting, the federal agency that enforces immigration laws.

While few have outlined detailed proposals to fund their priorities, most would generate new revenue by taxing the rich.

Mr Trump and his Republican allies are betting that voters will ultimately reject the Democratic proposals as extreme.

Some Republican leaders cast lesser plans as socialism during the Obama era.

Republican critics are joined by a handful of moderate Democrats, who fear that promises by well-intentioned presidential prospects may create unrealistic expectations with their party’s most passionate voters.

“Most Democrats want a middle-of-the-road strategy,” Mr Bloomberg said on ABC’s The View.

He added: “If you go off on trying to push for something that has no chance of getting done, that we couldn’t possibly pay for, that just takes away from where you can really make progress in helping people that need help today.”

So far, at least, very few presidential prospects are heeding such warnings.

In the 2016 campaign, Vermont Senator Bernie Sanders, a self-described democratic socialist, was the only presidential contender to support Medicare For All, a proposal that would essentially provide free health care coverage to all Americans.

This year, it is hard to find anyone in opposition.

That was even after one recent study predicted the plan would cost taxpayers more than 32 trillion US dollars.

Proponents argue that those same taxpayers would save the trillions they currently spend out-of-pocket for their health care.

Lesser-known policies have emerged heading into 2020 as well.

New Jersey Senator Cory Booker, who is expected to launch his presidential campaign soon, has sponsored legislation to create a federal jobs guarantee programme in several communities across America.

The pilot programme, which is co-sponsored by fellow 2020ers like New York Senator Kirsten Gillibrand, Massachusetts Senator Elizabeth Warren, California Senator Kamala Harris and Oregon Senator Jeff Merkley, could ultimately transform the US labour market by providing well-paid government employment with benefits for anyone who wants it.

Critics decry the plan as a step toward socialism.

“Both Martin Luther King Jr and President Franklin Roosevelt believed that every American had the right to a job, and that right has only become more important in this age of increasing income inequality, labour market concentration and continued employment discrimination.”

“I want the private sector to produce jobs people can live on,” he said in an interview.

Yet Mr Steyer insists that most of his party’s policy priorities, universal health care and free college, among them, are anything but radical.

“The Republicans are an extremist far-right, radical party.

“When you say we need to moderate to their position, there’s nothing moderate or pragmatic about their position,” said Mr Steyer, who recently backed away from a presidential run, although he is expected to spend tens of millions of dollars to shape the 2020 debate.

Free college is quickly emerging as a litmus test for Democratic contenders.

It is unlikely the Democratic Party’s energised base would tolerate any significant shifts to the centre on free college or any of the party’s top issues.

“We have seen a dramatic shift in the Democratic Party’s political centre,” said Adam Green, co-founder of the Progressive Change Campaign Committee.

“Those who deny that are hurting their chances in 2020.”

‘Roma’ and ‘The Favourite’ lead Oscar nominees with 10 apiece