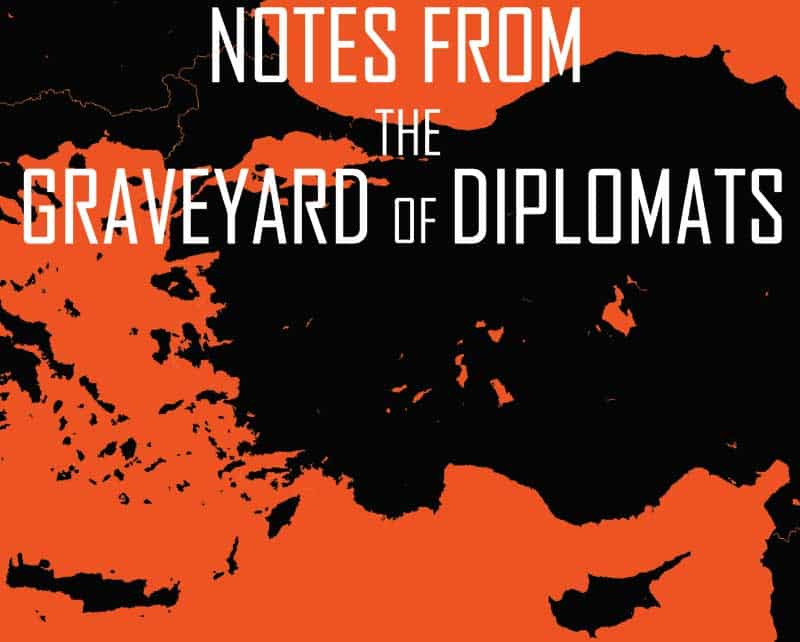 A book by former Swedish Ambassador to Cyprus Ingemar Lindahl titled ‘Notes from the Graveyard of Diplomats’ is being launched in Nicosia on Thursday at the Home for Cooperation in the buffer zone.

Lindahl’s book is a diary of sorts he kept while serving in Cyprus and covers the period 2002 to 2004, the years leading up to and including the April 2004 referendum on the Annan plan, which was rejected by the overwhelming majority of Greek Cypriots, while being accepted by Turkish Cypriots.

Lindahl describes it as “in a way” resembling the story of Oliver Sacks ‘Awakenings’ when a new drug was introduced – in this case EU membership. “The patient woke up for a while from its encephalitis letargica only to fall back again into its sleeping sickness once the drug had exhausted its power”.

Professor Niyazi Kızılyürek, who edited the book, will chair the event.

Lindahl is a retired diplomat and writer. After several posts in the Swedish Foreign Service, he served as his country’s Permanent Representative to Unesco from 1993 to 2000. In 2004 he became Sweden’s first resident ambassador in Nicosia and served in that capacity until his retirement in 2012.

Disputed evidence can be submitted in Focus trial, court rules