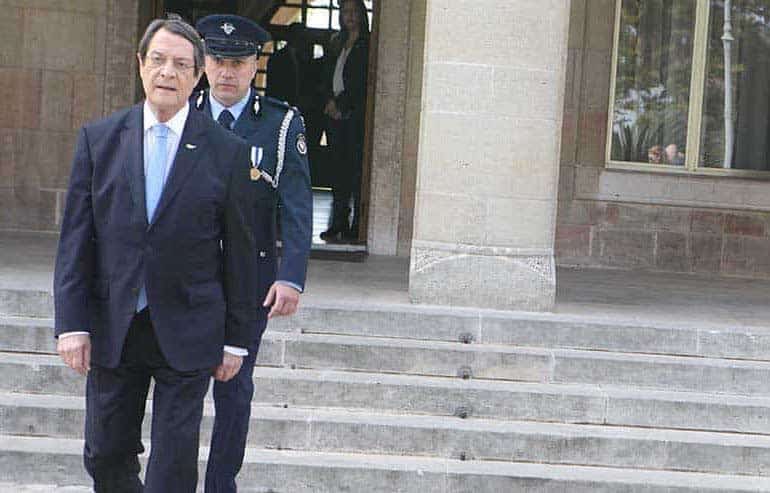 President Anastasiades: 'At some point, these double standards must end'

The European Commission warned on Wednesday that programmes of EU states including Cyprus to sell passports and visas to wealthy foreigners could help organised crime groups infiltrate the bloc and raise the risk of money laundering, corruption and tax evasion.

It highlighted shortfalls in the Cypriot and Maltese schemes which do not sufficiently check the origins of wealth of individuals and do not allow their easy identification.

The warning is contained in the first report the EU executive has produced over the multi-billion-dollar industry of so-called “investment migration”, which allows rich individuals to buy citizenship or residence in countries that put them on sale.

“There should be no weak link in the EU, where people could shop around for the most lenient scheme,” the EU justice commissioner Vera Jourova said, warning about the risks of leaving “golden gates” open into Europe.

“I dedicated a lot of time to understand Cyprus’ and Malta’s programmes but our doubts remain,” she added.

The EU cannot ban the schemes but can, however, require changes to the programmes.

The report, which came five years after the EU Parliament urged the commission to act, did not recommend any legislative change or sanctions.

“In the EU, three Member States (Bulgaria, Cyprus and Malta) currently operate schemes that grant investors the nationality of these countries under conditions which are less strict than ordinary naturalisation regimes,” the commission said. “In these three Member States, there is no obligation of physical residence for the individual, nor a requirement of other genuine connections with the country before obtaining citizenship.”

Bulgaria said on Tuesday it was terminating its programme.

The commission report identified four areas of concern: security, checks run on applicants are not sufficiently robust and the EU’s own centralised information systems, such as the Schengen Information System (SIS), are not being used as systematically as they should be; money laundering, enhanced checks (‘due diligence’) are necessary to ensure that rules on anti-money laundering are not circumvented; tax evasion, monitoring and reporting is necessary to make sure that individuals do not take advantage of these schemes to benefit from privileged tax rules; transparency and information, the report finds a lack of clear information on how the schemes are run, including on the number of applications received, granted or rejected and the origins of the applicants.

In addition, member states do not exchange information on applicants for such schemes, nor do they inform each other of rejected applicants.

“People obtaining an EU nationality must have a genuine connection to the Member State concerned,” Jourova said. “We want more transparency on how nationality is granted and more cooperation between Member States. There should be no weak link in the EU, where people could shop around for the most lenient scheme.”

“At some point, these double standards must end,” he said, suggesting expediency and competition were the reasons why Cyprus was being singled out.

He said Cyprus granted just 0.3 per cent of the citizenships granted by the EU and had the strictest criteria out of the 20 EU countries offering similar schemes.

A list of law companies and accounting firms acting on behalf of foreign nationals includes the president’s law firm and other prominent offices.

Anastasiades maintains that since assuming office he has had nothing to do with the law firm and its business – although the main partners in the company are his daughters.

Spehar to brief UN Security Council on renewal of UNFICYP

Over €1 million for Peyia from beach service rentals