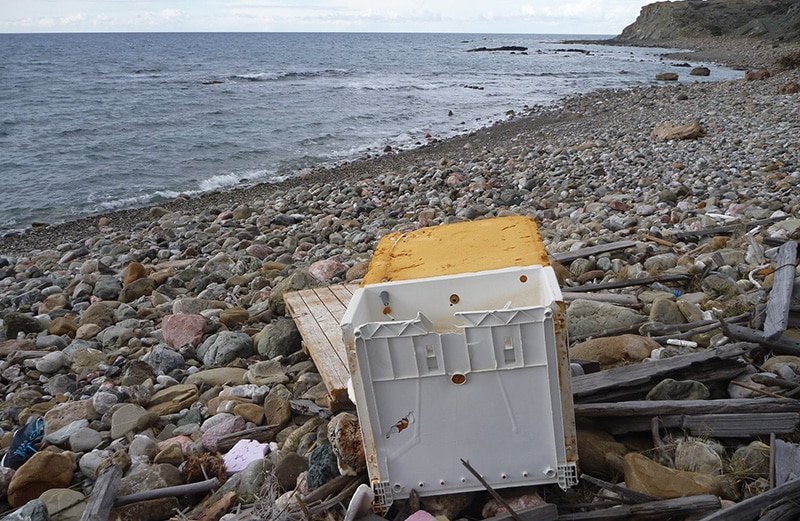 A group of volunteers will carry out the first clean-up of the year in the Akamas this coming weekend in the wake of the recent bad weather.

The group, led by retirees Keith and Wendy Watkins, regularly clean up the area and recent high winds and torrential rain have only added to the accumulating rubbish there.

The couple formed the Akamas Clean-up Team (ACT) in 2012, and a group of volunteers have carried out 36 clean-up operations in the area since.

The upcoming event will take place on Saturday from 9am to 1pm, with volunteers cleaning up a narrow stretch of coastline littered with rubbish and large items that have been washed ashore in strong winds or brought down from higher ground in streams and dry river beds that filled with torrents of water during the recent downpour.

“We did our 24th clean up here in 2016 and are revisiting this beach, if we hadn’t been here previously, it would be twice as bad now. Much of the rubbish has been brought in by the wind, tides and storms,” said Watkins.

The beach, Mirillis Potamos, is close to Lara Bay and consists mainly of pebbles and rocks, and there is also a gully present with a stream. The clean-up area is about 600 metres long and around 20 metres wide, said Watkins.

The Akamas peninsula is an area of outstanding natural beauty, an engendered turtle breeding ground and part of the Natura 2000 project. However, some of the area is used an illegal dumping ground for rubbish, such as unwanted household items including mattresses, fridges, sofas and irons.

“We are always in urgent need of volunteers and usually muster between 15 and 25 and it would be great if some new people joined us on Saturday. As well as cleaning up the Akamas, we also have fun and exercise in the fresh air and have a picnic and drinks afterwards,” Watkins said.

“There is quite a lot of rubbish present and especially small items, although there are two fridge-freezers.

The rubbish is mainly spread along the high tide line of the narrow beach,” Watkins said.

He said that although people do dump items in areas of the Akamas, including in the dry river beds, the two kitchen appliances look as if they are able to float, and were most probably washed ashore.

The start of the clean-up, which is also the parking area, is about 6km north of Avakas Gorge and further details are available on the group’s Facebook page, he said.

Due to the recent heavy rain, the main coastal track in the Akamas has eroded quite badly in places, making access tricky and probably only suitable for 4WD vehicles.

“If people wish to join us, we will do our best to get them there,” Watkins said.

To volunteer, call Keith Watkins on 96 516485 or email: [email protected] The Facebook page is www.facebook.com/AkamasCleanupTeam

Do our extremists know better than the Greek government?