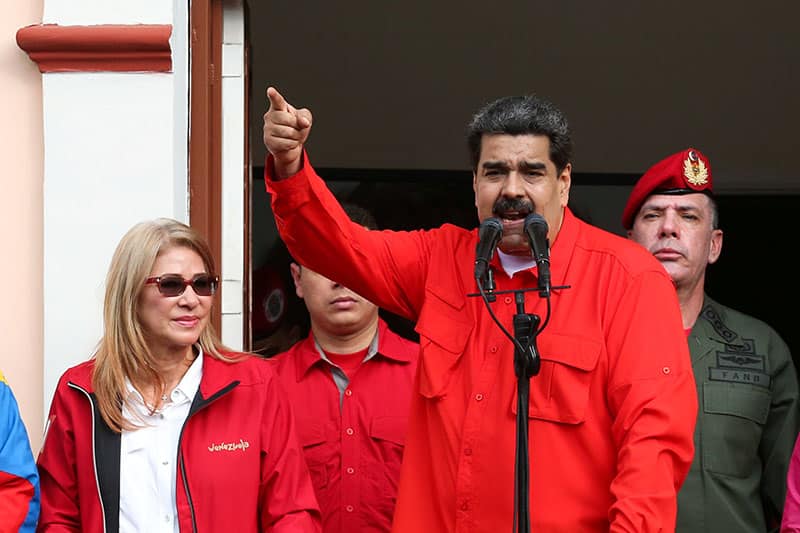 CARACAS, Jan 24 (Reuters) – Venezuela’s opposition on Thursday will seek to maintain pressure on isolated President Nicolas Maduro after congress chief Juan Guaido swore himself in as the rightful head of state with the support of nations around the region.

Guaido won diplomatic backing from the United States and governments across Latin America on Wednesday after declaring himself interim president before an ebullient crowd of supporters, who thronged the streets of Caracas in hopes of change. Turkish President Tayyip Erdogan though offered his full support for ousted President Nicolas Maduro and his spokesperson Ibrahim Kalin said on Twitter ‘Our president called and extended Turkey’s support to Venezuelan President Nicolas Maduro’ and said ‘My brother Maduro! Stand tall, we stand by you!’.

The 35-year-old industrial engineer, catapulted almost overnight to national leader, has promised free and fair elections, a transition government to end the country’s hyperinflationary economic debacle, and an amnesty for military officers if they help push Maduro from power.

He now faces the daunting task of pushing forward the transition plan without control over crucial state institutions and an armed forces that has disavowed him.

“While it’s true that Guaido has been recognized internationally, the real power of the state is still in the hands of Nicolas Maduro,” said Ronal Rodriguez, a political science professor who focuses on Venezuela at Rosario University in Bogota.

Foreign backing could allow Guaido to raise funds abroad to obtain food and medicine for a population struggling under economic crisis, Rodriguez said, but he would face challenges in getting goods through ports controlled by Maduro allies.

Guaido on Wednesday promised that humanitarian aid would be distributed with the oversight of the congress, adding that the opposition was planning a march for the first week of February to demand access to foreign assistance.

He did not announce activities for the coming days.

A spokesman did not respond to a message seeking details.

Many opposition sympathizers worry he could be arrested like other political activists, including his mentor Leopoldo Lopez, who remains under house arrest for his involvement in 2014 street protests.

With the country’s economy falling apart and annual inflation approaching 2 million percent, Maduro has relied extensively on the military to maintain power.

Military commanders, including Defense Minister Vladimir Padrino, have so far promised to stick with Maduro and disavow Guaido.

“The soldiers of the fatherland do not accept a president imposed under the shadow of dark interests or self-proclaimed at the margin of the law,” Padrino wrote on Twitter.

The importance of an independent Ukrainian church