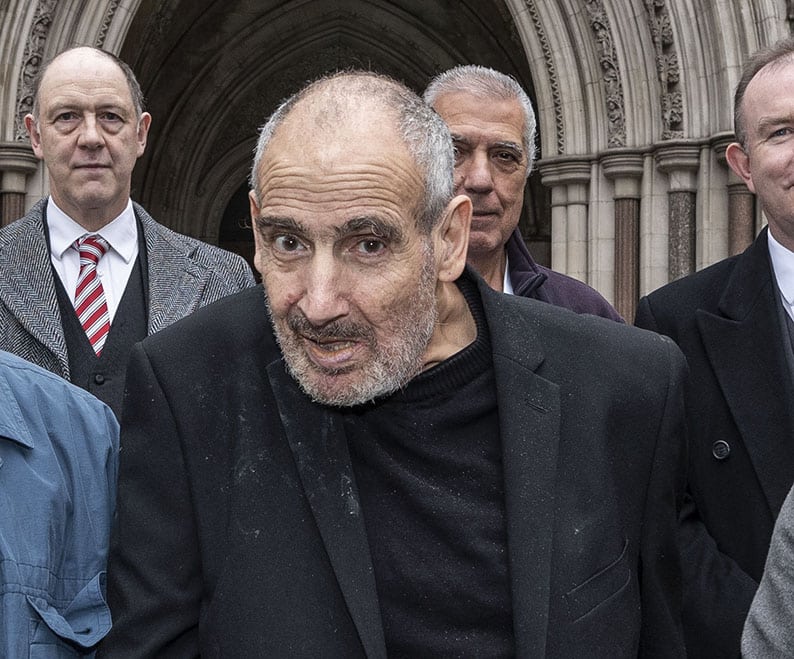 Andreas Voudaskas, one of the 33 elderly Greek Cypriot torture victims whom the UK agreed to pay £1m earlier this week, sadly died last weekend just days before the case was settled, it emerged on Thursday.

Voudaskas, 76, died on Saturday after a long battle with Parkinson’s Disease, thus being denied the satisfaction of learning of the out-of-court settlement, where the Foreign and Commonwealth Office announced they would pay him and 32 others £1millon (€1.1m) between them.

According to a report in the Metro, in 1957 the then-15-year-old Voudaskas was arrested by British Special Branch in Cyprus and allegedly tortured.

In High Court papers he claimed he was pistol whipped and repeatedly beaten during 78 days of detention when he was unable to see his parents.

On his release he claimed his eyesight never recovered and he continually bled from his rectum due to his injuries, he then had two complete nervous breakdowns before moving to the UK in 1964.

Voudaskas was the fifth claimant to die between the claim being lodged and the settlement being announced.

The case concerned claims filed against the UK government in July 2015 by 35 individuals after Foreign Office documents released in July 2012 described claims of torture and abuse during the 1955-1959 Eoka insurgency.

In a statement, the UK government stressed the settlement did not constitute any admission of liability and set no precedent in respect of any potential future claims against the UK government.

Dave McMullan, senior producer of Radio 4’s Today Programme, who met Voudaskas at the successful High Court judgment made in January 2018, posted this on Facebook:

“A rather sad footnote to the Cyprus torture case in my last post. One of the band of 33, Andreas Voudaskas, who was 76, has sadly died without finding out the government had settled his claim. The details couldn’t be revealed till yesterday and Andreas died on Saturday.

McMullan also commented: “I only got to meet a couple of them [the plaintiffs] – they’re mostly still in Cyprus – but it took no time to be utterly convinced of the truth of their cause and I was in awe of their astonishing memories, and equanimity in the face of a 60-year battle, lifelong consequences and the legal ups and downs caused by endless govt delays. Stoic doesn’t come close.”

On Thursday Nicosia welcomed as a “courageous act” the UK government’s announcement of the out-of-court settlement.

In a written statement, the government also said that it welcomed the UK government’s expressed regret that the transition of Cyprus from British administration to independence should have been preceded by five years of violence and loss of life.

“It is a courageous act in the context of mutual honesty and understanding with which historical events must be dealt with,” the announcement said.

“Today, with full respect for history, but overcoming the passions of the past, one must learn from history and look ahead.

“What we see in the present and in the future is the excellent relations between the peoples of both our countries and what we are looking forward to is that there is always room for deepening and strengthening them,” the government statement concluded.

The Eoka fighters’ associations said earlier they felt justified by the decision, as it was proof that the UK government, by agreeing to pay the claimants, had acknowledged that torture did take place.

Man arrested for running off with roof repair money