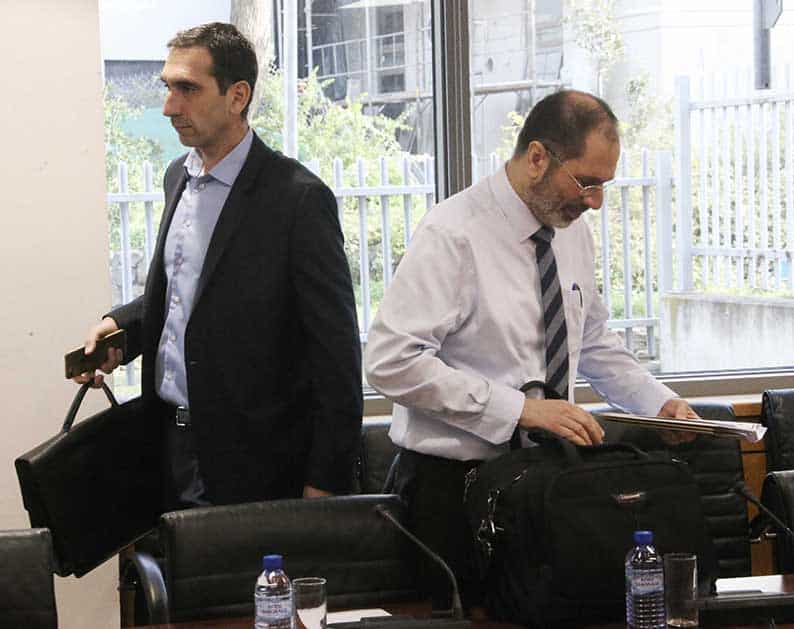 The government said Thursday it was considering asking a health official whom it has been suggested may have a conflict of interest, to provide assurances that any companies he is or was linked with would not take part in any tenders conducted by the outfit he works for.

According to Health Minister Constantinos Ioannou, this was the idea discussed by the cabinet, which would have the final say on the matter. The assurances will include companies linked with the official’s wife.

Auditor-general, Odysseas Michaelides, had asked the cabinet to examine, as a matter of urgency, the possibility of a conflict of interest in the employment of David Nicholson at the helm of Okypy, the board of the organisation of state health services that is overseeing the implementation of the national health system (Gesy).

Michaelides asked the cabinet to review Nicholson’s appointment citing the legal opinion by the attorney-general who said that at first glance there seemed to be a conflict of interest.

Ioannou, who appeared before the House watchdog committee on Thursday, said the cabinet was trying to eliminate any shadows or doubts. He was told by the auditor however, that excluding companies from any process would be unlawful.

“If the exclusion of companies is illegal then it will not be requested (from him),” the minister said. “I would add that I have spoken with Mr. Nicholson and we have discussed this matter but if it’s not possible then we won’t proceed.”

The auditor insisted on Thursday there was conflict of interest and also warned that any appointments done by Okypy could be appealed for that reason.

Ioannou said there will not be any problems with the appointments since they were done with a board decision and not Nicholson’s.

The law states that Okypy members have a conflict of interest if they are linked to “any businesses dealing with health issues.”

Okypy members are also required to state the interests of up to 4th degree relatives.

For example, since May 2018, Nicholson had served as interim chairman of the board of the Worcestershire Acute Hospitals NHS Trust, which provides hospital services to three hospitals in Britain.

And on a Register of Interests for Worcestershire Acute Hospitals, Nicholson had listed a number of interests, such as “Chair of Impact Evercare, 1 Billion Healthcare Provider, Africa and South Africa (based in Dubai).”

This data was omitted from his declaration of interests when applying for the job.

He had also said he was a senior consultant at KPMG on health schemes, which raised another red flag since KPMG Cyprus has won the government contract to make state hospitals autonomous as part of the health system.

KPMG Cyprus said Nicholson he was not an employee of the local branch but an external associate of KPMG International between 2015 and 2017.