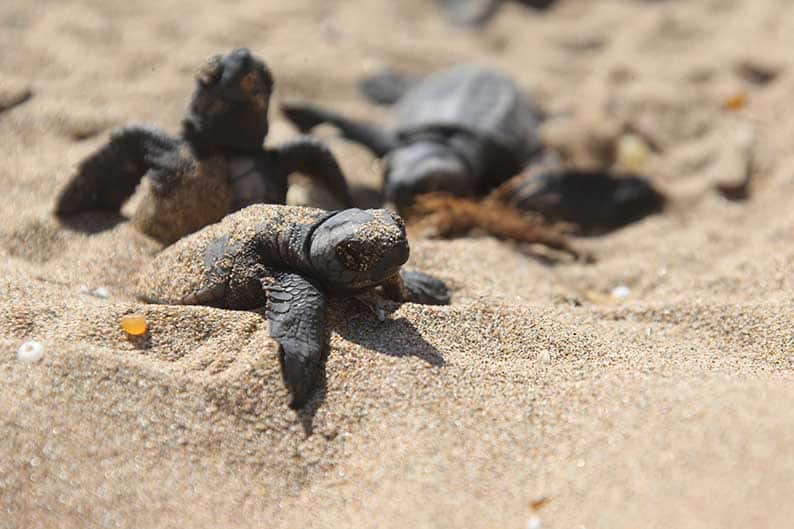 The European Commission infringement case against Cyprus over the controversial Limni bay project was closed on Thursday, officially giving the green light for the development adjacent to one of the most important breeding sites in the Mediterranean for the endangered Loggerhead (Caretta Caretta) turtle.

The closing of the infringement case by the European Commission, as published on its website on Thursday, “means that it has decided not to intervene to defend EU protected biodiversity against a largescale tourism development on the protected Limni beach,” the environmental network Friends of the Earth said in an announcement.

It gave no justification for closing the case, though in an earlier letter sent to the NGO Friends of Akamas by the head of the environmental enforcement unit of the Commission, Paul Speight, it was reasoned that “the Commission engaged in in-depth discussions with the Cypriot authorities in order to help them modify the project so that it can be designed and implemented in a manner that would respect EU environmental standards and requirements”.

“The environmental terms of the project and the construction permits have now been revised in order to incorporate the various mitigation measures and thus give them clear legal validity and binding force,” Speight added, referring to measures to limit human pressure and lighting disturbance

The ambitious development project, part of which is in the EU-wide Natura 2000 network of nature protection areas established under the 1992 Habitats Directive, foresees the construction of two 18-hole golf courses, two clubhouses, a 160-room luxury hotel, 800 villas and other housing units, leisure facilities, bicycle routes and a museum.

Major sources of concern are rooted in the cumulative effects of building and development on the breeding of the endangered turtles, as development inevitably creates a lighting impact and human disturbance.

A prerequisite condition included in the Commission’s Reasoned Opinion sent on 29 April 2015 as well in the latest letter dated January 18, 2017, was a 500-metre no-build zone around the turtle-nesting beach, which would facilitate the implementation of the necessary mitigation measures.

However, in the closing of the case, the Commission has not clarified if this 500-metre no-build zone has been incorporated into the construction permits, nor what precautionary measures it will be taking to ensure that detrimental and possibly irreversible environmental damage will not occur in the future.

European and Cypriot NGOs had demanded that the Commission take Cyprus to court for failing to properly implement EU nature law in allowing tourism developments in close quarters to the turtle-nesting beach, the Friends of the Earth said.

The infringement case was open for around four and a half years after it was launched in mid-2014, due to Cyprus’ continued breaching of EU environmental legislation such as the carrying out of an inadequate Environmental Impact Assessment (EIA) and authorising the project without carrying out an Appropriate Assessment (AA).

In August 2018, while the infringement case was still open, the Town Planning and Housing Department granted a construction permit to the company that was then the owner of the project, the Limni Resorts and Golf Courses, part of the Shacolas Group, though any development before the closing of the case would risk referral of the matter to the Court of Justice.

With the closing of the case on the part of the Commission, and the construction permit already granted by the local authorities, the road has cleared to begin development, though with the Bank of Cyprus being the new owner of the land and the planned project, it is uncertain how the Limni bay project will proceed.

An on-the-spot appraisal by the Council of Europe’s Standing Committee concluded in 2016 that regarding the factor of human pressure, “even a much lower number of beach visitors than the 450 estimated by the company would represent a threat just for their walking. Repeated walking on a nest can damage it and therefore humans – instead of foxes – would become the primary reason of the need of caging all nests. This would make turtles even more dependent on active human protection, with no hope of liberation from this need in the future.”