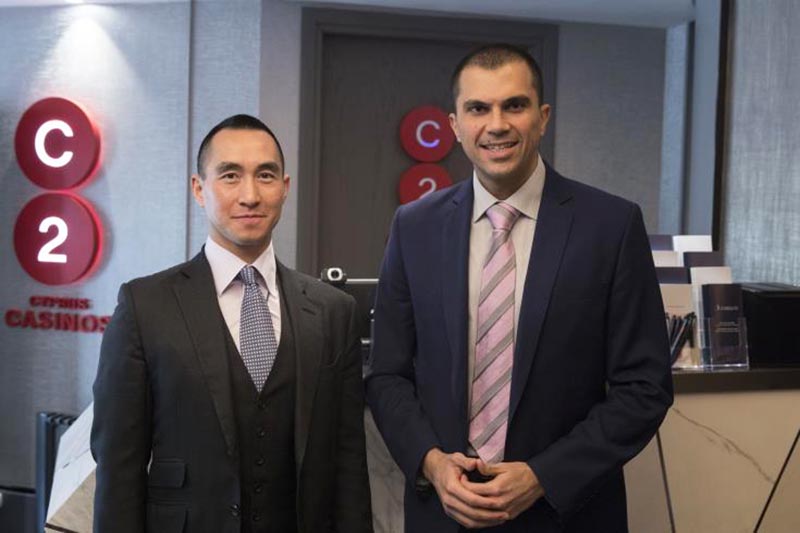 According to an announcement by Melco, the operating and managing company of the City of Dreams Mediterranean project that has so far launched three Cyprus casinos, Perdios was welcomed by Lawrence Ho, Chairman and CEO of Melco Group during a visit to Cyprus Casinos C2 Nicosia on Thursday.

Perdios said that “we consider Melco an important contributor to Cyprus’ tourism in establishing the island as a popular and must-visit destination. Our goals are aligned and we will have a close cooperation in establishing Europe’s biggest casino resort and putting Cyprus on the global tourism map.”

The two men exchanged views on the deputy minister’s new strategy for tourism and Melco’s main objectives and goals for the City of Dreams Mediterranean Integrated Casino Resort (ICR) as well as the Cyprus Casinos properties, the announcement said.

The deputy minister was also informed about the operations of the three Cyprus Casinos that have been set up so far, as well as the design and construction planned for the central resort in Limassol, which is expected to commence in the next few months.

Ho stressed Melco’s commitment to the project, asserting that “Cyprus has all the prerequisites to enhance its reputation as a regional and global premium destination and emerge as a genuine point of reference for luxury tourism and responsible gaming.”

He concluded by saying that “the ICR will provide extraordinary benefits to Cyprus’ economy with a positive impact on the country’s Gross Domestic Product and in tackling unemployment”.

So far, two satellite casinos have been launched in Nicosia and Larnaca, while one temporary casino is operational in Limassol until the main integrated casino resort, the only one of its kind in Europe, is ready.

Two more satellite casinos, in Paphos and Ayia Napa, are also in the works.

Around 100 people have been employed at the Nicosia casino, bringing the total number of Melco staff in Cyprus to over 700, the vast majority being Cypriot citizens.