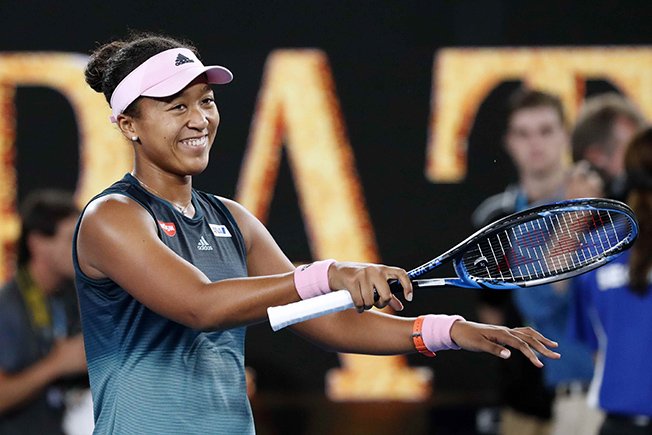 The 21-year-old, who is looking to make it back-to-back grand slam titles following her success in New York, saw two set points come and go in the 12th game of a high-quality contest but came through on a tie-break.

Given Osaka had won her last 59 matches when taking the first set, the size of Kvitova’s task was clear, but the 28-year-old responded well and secured the first break of the match on her seventh chance by upping the aggression on her returns another level.

But Kvitova was unable to consolidate the break and soon she was under immense pressure again, with Osaka’s athletic edge giving her a crucial advantage.

A break to love made it three games in a row to the fourth seed and she brought up three match points at 5-3 only for Kvitova to save them all, the first with the bravest of forehands into the corner, earning a clap of the racket from Osaka.

That left the young Japanese player to serve it out, and for the first time the occasion got to her as three loose shots allowed Kvitova to level at 5-5.

Osaka geed herself up and had one chance to break again for 6-5 but again Kvitova stood tall and the eighth seed made it four games in a row to take the set 7-5, with Osaka double-faulting on set point.

Kvitova made it five games in a row to start the decider but crucially Osaka dug in to hold serve in the next game and suddenly she was back on top.

A backhand that seemed full of all the anger and frustration Osaka was feeling flew past Kvitova to give the fourth seed the break for 2-1 and this time she did not fold.

The reminders were everywhere, particularly when Kvitova recovered from 0-40 at 2-4 with some huge serving, but Osaka kept her composure.

And when she stepped up to serve for the match for the second time, she buried her demons, taking her fifth match point for a 7-6 (2) 5-7 6-4 victory.