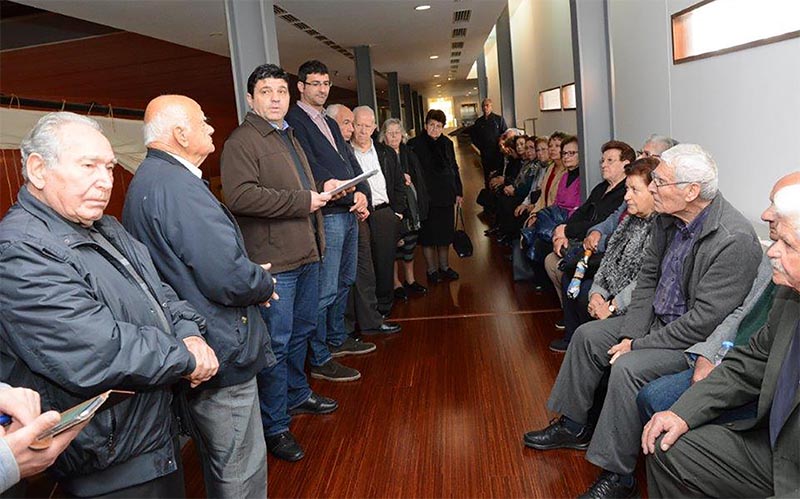 Though the recent decision by the council of ministers to increase the monthly allowance of low-income pensioners is beneficial, there is still a long way to go until there are no pensioners with earnings below the poverty line, the Union of Cypriot Pensioners (Ekysy) said on Saturday.

Low-income pensioners will receive an additional €20 to €50 in their monthly allowance depending on the size of their yearly income, the council of ministers agreed on Wednesday.

Labour Minister Zeta Emilianidou, who tabled the proposal, said around 38,000 low-income pensioners will benefit from the increase, which will be received by the beneficiaries in the form of a ‘small cheque’.
According to Ekysy, official figures may show that the beneficiaries of the small cheque are around 38,000, but pensioners with earnings below the poverty line are many more.

“The reason for this is that many have not filed an application, and even though they are low-income pensioners who received the small cheque until 2014 they no longer have the right to it,” Ekysy said.

The union called on all low-income pensioners to submit the necessary application no later than January 31 in order to regain the right to the additional allowance.

Ekysy also noted that while the government boasts obout an improved economy, all pensions from the social insurance fund will only increase by 0.42 per cent by end of 2019.

The problems faced by the elderly require particular attention and support from the state, as “today’s pensioners are entitled to and demand a decent life,” the announcement concludes.

On Wednesday, the council of ministers agreed to not change the poverty line for 2019, which remained at €8,698 in annual income for one person, and €13,047 for two persons, and to retain the right of those with earnings 20 per cent over the poverty level to receive a low-income pension.