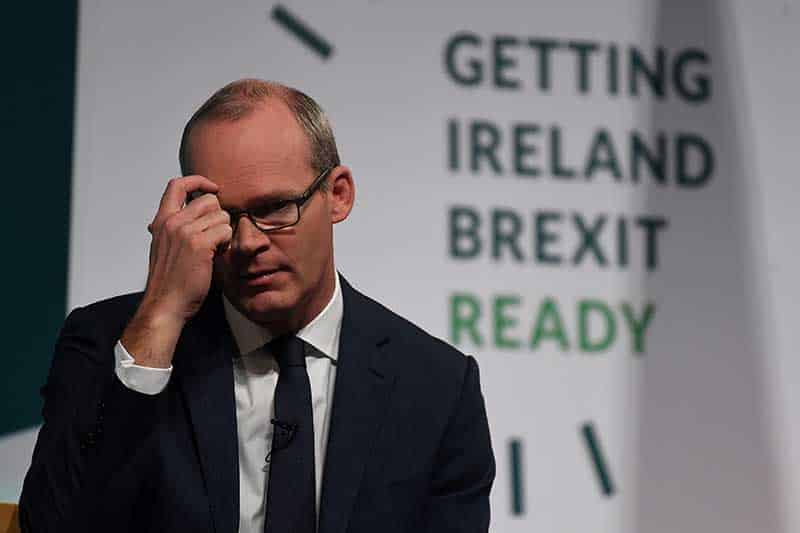 Ireland dealt a blow on Sunday to British Prime Minister Theresa May’s attempts to break the deadlock over Brexit by saying it would not accept any changes to an agreement aimed at preventing a hard border on the island of Ireland.

Angering many lawmakers is a so-called backstop arrangement aimed at preventing a hard border between Ireland and the UK province of Northern Ireland that would see Britain keep some EU rules if it was unable to agree a trade deal with the bloc.

May is seeking new concessions from the EU on the matter, with the Sun newspaper reporting on Friday that the Northern Irish party which props up her minority government would back her new deal if it included a time limit to the backstop.

However, Ireland’s Deputy Prime Minister Simon Coveney said on Sunday the backstop was already a compromise drawn up to meet May’s negotiating red lines, and the EU and Ireland were united in the view it “was not going to change”.

“There is no magic solution here for this problem,” he told the BBC’s Andrew Marr show.

“That is why Ireland will insist on the United Kingdom keeping its word, both to Ireland and to the EU and to people in Northern Ireland in terms of protecting a fragile but hugely valuable peace process,” he added, referring to a peace that has broadly held for two decades following years of conflict between pro-British and pro-Irish elements in Northern Ireland.

Coveney said British proposals to change the backstop, such as introducing a time limit or a unilateral escape clause, might command a majority among UK lawmakers, but would not be backed by the EU.

“The European Parliament will not ratify a withdrawal agreement that doesn’t have a backstop in it, it’s as simple as that,” he said.

British health minister Matt Hancock said on the same programme that Ireland was taking a “negotiating position”, and it was clear Dublin did not want Britain to leave the EU without a withdrawal deal, which could cause huge disruptions to trade.

“We need to firstly assess what’s going to get a majority in the (House of) Commons and then we need to take it to the EU and explain that this is the way to have the sort of strong positive relationship that (Coveney) was just talking about,” he said.

Lawmakers have put forward other amendments to May’s plan, which if selected will be subject to a vote in parliament on Tuesday. One of them seeks to remove the backstop entirely.

Hancock said he understood “the impulse” behind that proposal. “We have got to listen very carefully to people who are willing to vote for the deal subject to some amendments,” he said. “We need to build that majority in the Commons.”

Opposition British lawmaker Yvette Cooper has proposed an amendment requiring the government to ask the EU for a delay to the Brexit date if a deal isn’t agreed by the end of February, as a way of avoiding the potential chaos of a no-deal Brexit.

“I hope that this does put pressure on the prime minister to sort things out by the end of February, but if we get to that point she should be ruling out no-deal,” Cooper told Marr.

“She should be recognising that she cannot put families across the UK into a situation where there are tariffs on food, so food prices go up, where there are delays on medicines.”

The advent of zombie banks in Cyprus