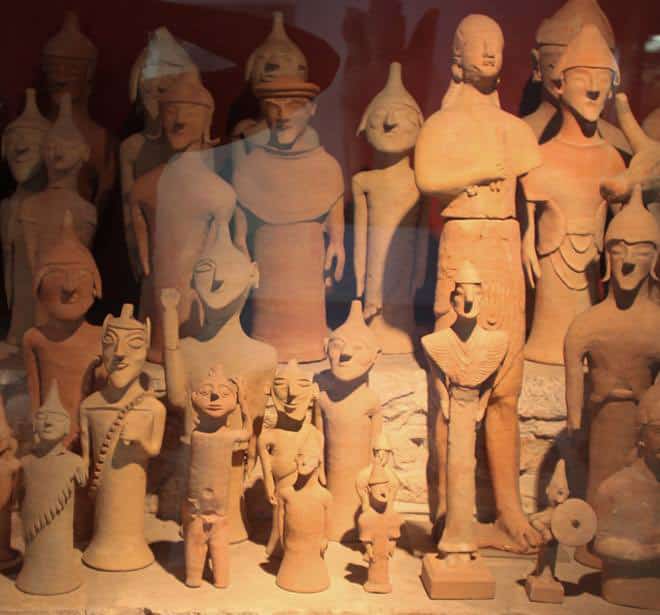 How do you assemble an ancient statue, when the head is the property of a museum in the UK, the feet are in a Sweden and the rest of its body is in Cyprus?

Not an easy feat, as museums are not likely to give up what they consider to be part of their very own collection, even when the objects come from another country. The reason they think of them as their own is often that the archaeologists who participated in the excavations in foreign countries then took artefacts which they had unearthed home with them.

For example, Swedish archaeologists worked in the 20th century in different places in Cyprus and as pieces that are found are rarely intact, they might have, as associate professor Sorin Hermon, of the Cyprus Institute’s research group on digital cultural heritage put it, “ended up with one hand of a statue while the foot was still in Cyprus”.

This is where the Gravitate project comes in, a four-year initiative funded by the European Commission, in which the Cyprus Institute participated as one of its six international partners.

“The project had an ambitious scope,” Hermon said, “to address important challenges when it comes to research broken artefacts, fragmented objects or collections dispersed around the world.”

The first thing the researchers did was to travel around Europe, scanning fragments in museums believed to be part of collections they were interested in with a 3D scanner. They then created three-dimensional models from the data they collected.

“We now have a repository of more than 250 fragments belonging to probably around 30 statues,” the professor explained.

The problem of how to assemble them is solved by digital technology used as part of the project.

The Gravitate project partners developed a set of software tools, a toolkit that allowed the professionals to identify and reunify the artefacts, establish a relationship and, if possible, reassemble fragments belonging to the same object.

Using the digital toolkit, other aspects such as the colour and material were examined, helping the researchers to determine what belongs where. “It is proof of where the fragments belong,” Hermon said.

One part of the dataset are terracotta statues from Salamis.

“Salamis was excavated more than 100 years ago and the British took a lot of artefacts to the British museum,” said Hermon. “Others are displayed in the Oxford and Cambridge universities museums.”

He said these terracotta statues are actually extremely important, as they are very old and people don’t know much about them.

“If you have in mind the famous terracotta soldiers of China, we are talking about similar objects from Cyprus.”

Fragments from frescos looted from Cyprus churches and monasteries are another part of the set.

While the front shows patterns and colours, it is possible to see where and how they fit on a church wall and how they should be put back there by examining the back.

This reunification, reassociation and reassembly is the innovative part of the project, or the useful application.

Hermon believes the project has achieved a lot more for Cyprus.

“It has a direct relevance to the Cyprus heritage,” the assistant professor stressed. “There are many collections abroad and the technology developed will make the conservation and restoration of these artefacts much easier.”

From this, not only curators and researchers benefit, but it is also possible to create new kinds of exhibitions, which give the public the chance of learning more about the historical and cultural past of their country.

It is also important that a Cyprus research organisation has been part of a big prestigious European project and has become a competence centre for the expertise gathered, Hermon concluded.

The IT Innovation Centre (UK), the British Museum, The Cyprus Institute, Consiglio Nazionale delle Ricerche with its Institute of Applied Mathematics and Information Technologies in Italy, the University of Amsterdam and Technion – the Israel Institute of Technology at the University of Haifa, are the six partners which took part in the European Commission funded project.