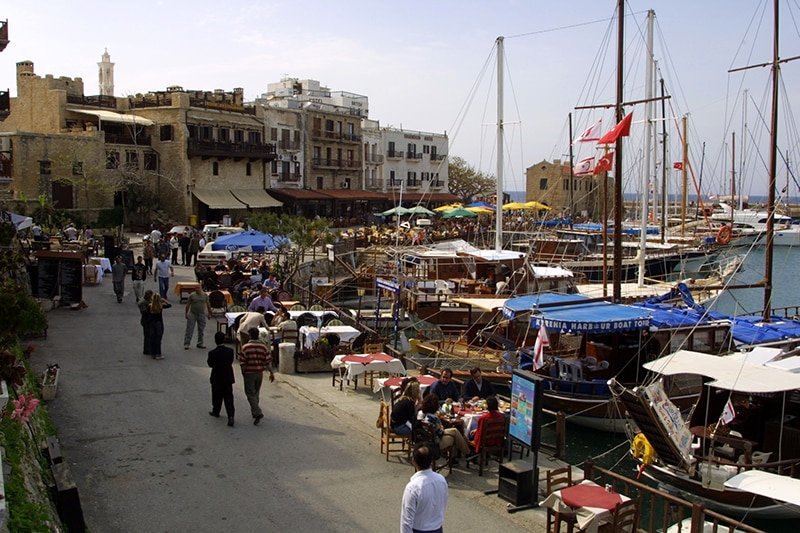 Aylin is a two-year-old stateless baby.

She has a Turkish Cypriot mother and a Turkish father, who met ten years ago at university in the United Kingdom. They got married in Turkey and moved to the northern part of Cyprus five years ago. Although Aylin’s mother is a national of the Republic of Cyprus (RoC), she has not been able to pass this on to Aylin. And she refuses to apply for Turkish nationality for her daughter for political and ideological reasons. Aylin remains stateless because the nationality of the self-styled Turkish Cypriot entity does not constitute a nationality under international law. She cannot travel to visit her father, who is currently working in a third country.

Aylin (not her real name) is one of the tens of thousands of Turkish Cypriot children, who had nothing to do with past events in Cyprus, but who are being punished for them.

On Tuesday, January 29, the difficulty Aylin and other Turkish Cypriot children of mixed marriages face in obtaining RoC nationality is expected to be debated at the Universal Periodic Review (UPR) – a meeting under the auspices of the UN Human Rights Council – which involves a review of the human rights records of all UN member states.

A report submitted to the UPR, highlights that a large group of Turkish Cypriot children with one Cypriot and one Turkish parent are denied their right to RoC nationality based on ethnicity. The report underlines the risk of statelessness for some of these children.

The report, co-submitted to the UPR by the Institute on Statelessness and Inclusion and the Research Team from Maastricht University, also explains that although the applicants are not officially denied citizenship their applications stand pending indefinitely.

The report estimates that some 15,000-25,000 people are denied their right to nationality in this way.

The report adds that the situation of Turkish Cypriot children of other types of mixed marriages that involve one Cypriot parent and one of another nationality remains unclear. According to the report, some people in this situation seem able to pass on their RoC nationality to their children, and some do not.

At the end of the report, the authors urge reviewing states to, among other things, recommend to the Republic of Cyprus to “review and amend relevant legal provisions and ensure non-discriminatory application of the law to guarantee the right of all persons who have one RoC parent to obtain RoC nationality, irrespective of the other parent’s ethnicity or gender as well as the place of residence and/or means of entering the country.”

According to RoC law, any child of at least one parent who has RoC nationality should also get citizenship. A provision has later been added to make an exception in cases where any one of the parents entered the island from Turkey or is living in the northern part of Cyprus.

Challenges the children of mixed marriages face in their right to obtain RoC nationality have been the subject of a widespread debate in Cyprus recently. The Turkish Cypriot Teachers’ Union KTOS is currently assisting – along with a Turkish Cypriot and a Greek Cypriot lawyer – some 5,500 Turkish Cypriots, most of whom are children, in their applications for RoC citizenship.  In August last year, Interior Minister Constantinos Petrides appointed a team to work with KTOS to go through the applications and grant citizenship to those who are compatible with the law provisions. Initially 420 were submitted to the ministry.

So far, however, there has been no progress at all on the issue, KTOS head Sener Elcil told the Sunday Mail, adding that they will take legal measures if necessary. Most of the applications are from individuals with one Cypriot and one Turkish parent, but some have one Turkish Cypriot parent and a parent of other nationality. Among the applicants are 32 Turkish Cypriots, whose both parents have RoC nationality but have not been accepted, Elcil said.

The report submitted to the UPR by the Institute on Statelessness and Inclusion and the Research Team from Maastricht University draws heavily on the field research led by Marieke Hopman and Ambra Borne conducted from August 2017 to May 2018 in Cyprus. The results were published in a report titled “Deleted off the map: the child’s right to nationality in in the Turkish Republic of Northern Cyprus” in October 2018.

The research, which included around 185 qualitative interviews with experts, politicians, parents, children and young adults, and around 30 observations, found that the nationality law of the RoC is applied in a discriminatory manner towards children of mixed marriages of a Cypriot and a Turkish national. The research notes that RoC nationality is unlikely to be passed on to a child if there is a Turkish parent, regardless of the birthplace or where the marriage is held.

“Authorities in the RoC have explained to us that the policy is in place because people in the RoC are worried that when unification will eventually happen, there will be too many Turkish Cypriots compared to Greek Cypriots on the island, which would shift the power balance. To prevent this, they have to limit granting RoC nationalities to children of mixed RoC/TR marriages,” researcher Hopman said.

It is estimated that there are 17,000 mixed marriages between Turkish Cypriots and Turks.

The research also found that in these situations, applications for RoC nationality are not officially denied but are left pending indefinitely where people are told to come back in a few months – a process that goes on for years.

According to the research, employees at the ministry of interior do not give proof of application or a case file number to applicants. People who challenge this issue legally, engage in court cases that go on for years.

“All children have rights, simply because they are children, no matter where they are born in the world, where they live or who their parents are,” Hopman and Borne told the Sunday Mail. “We definitely hope that the report will be discussed at the UPR and the recommendations will be brought forward.”

The Joint Submission of the Institute on Statelessness and Inclusion and the Research Team from Maastricht University to the Universal Periodic Review http://www.institutesi.org/UPR32_Cyprus.pdf

For the Maastricht University Research “Deleted off the map: the child’s right to nationality in the Turkish Republic of Northern Cyprus”  http://www.childrensrightsresearch.com/

When it comes to the law, our Ottoman past runs deep

Man arrested in Larnaca on suspicion of burglary and theft