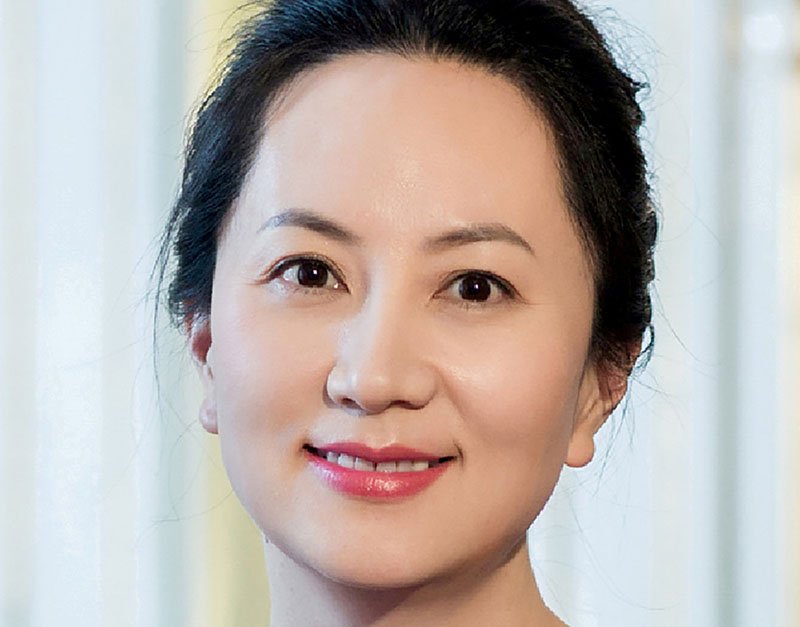 The Justice Department charged Huawei and its chief financial officer, Meng Wanzhou, with conspiring to violate U.S. sanctions on Iran by doing business with Tehran through a subsidiary it tried to hide and that was reported on by Reuters in 2012 https://reut.rs/2sRL7Ve and 2013 https://reut.rs/2sUq8RT.

In a separate case, the Justice Department said Huawei stole robotic technology from T-Mobile US Inc. Huawei has said the two companies settled their disputes in 2017.

Meng, who has been on monitored bail, is set to appear in a Canadian court on Tuesday to discuss changes to her bail terms, according to British Columbia Supreme Court schedules.

Huawei did not respond to a Reuters request for comment.

U.S. Commerce Secretary Wilbur Ross said the charges are “wholly separate” from the trade negotiations. Yet the development is likely to upset high-level talks between Beijing and Washington this week as part of negotiations intended to walk back trade tensions between the globe’s two largest economies.

According to Canada’s legal procedures, its Justice Minister will have 30 days from receipt of the extradition request to decide whether to issue an authority to proceed. If he grants it, Meng’s case would be sent to the British Columbia Supreme Court for an extradition hearing, which could take weeks or months.

U.S. authorities accuse Meng of playing a lead role in the scheme to use a subsidiary to conduct business in Iran in violation of U.S. sanctions against Tehran. Meng has said she is innocent.

Huawei, whose equipment includes base stations, switches and routers, derives nearly half of its total revenue outside China.

However, the Trump administration is trying to prevent American companies from buying Huawei gear and pressing allies to do the same. U.S. security experts are concerned the equipment could be used to spy on the United States.

Its founder, Ren Zhengfei, denies Huawei’s products would be used by the Chinese government to spy.

News of the charges against Huawei and Meng marks a serious blow to the company’s global ambitions. It has been battling against piling security concerns as Western governments including Australia and New Zealand followed the U.S. lead in restricting its market access over the past year.

Huawei is the world’s leading provider of 5G technology. It has said it has won 30 5G contracts globally – more than any of its competitors – including 18 in Europe, three in Asia-Pacific and nine in the Middle East.

It is unclear how the U.S. charges would impact Huawei’s business. Chinese peer ZTE Corp , which was similarly charged, was slapped with a devastating supply chain ban last year that prevented it from buying essential components from U.S. companies.

ZTE only resumed normal business after paying up to $1.4 billion in fines and replacing its entire board, on top of a near $900 million penalty paid in 2017.

President Donald Trump said in December he could intervene in Meng’s case if it would serve national security interests or help close a trade deal with China.

Acting Attorney General Matthew Whitaker said the alleged criminal activity at Huawei “goes back at least 10 years and goes all the way to the top of the company. The charges against Meng and Huawei cite stories from Reuters in 2012 https://reut.rs/2sRL7Ve and 2013 https://reut.rs/2sUq8RT that said Huawei’s Skycom unit had sought to sell goods to Iran in violation of U.S. law.

The indictment noted that the denials from Huawei in the stories were relied upon by financial institutions “in determining whether to continue their banking relationships with Huawei and its subsidiaries.”

Also according to the indictment, in July 2007, the FBI interviewed Huawei founder Ren and U.S. authorities said he falsely told them Huawei did not violate U.S. export laws.

In August 2013, Meng met with an executive from one bank, which is not identified in the indictment. Sources said the bank is HSBC Holdings PLC, which paid $1.92 billion in 2012 for violating U.S. anti-money-laundering and sanctions laws.

During the meeting, Meng used a PowerPoint presentation that misrepresented Huawei operations in Iran and ownership and control of Skycom, according to the indictment.

If the banks knew about Huawei’s violations of Iranian sanctions, they would have “reevaluated their banking relationships with Huawei,” which included U.S. dollar and euro clearing.

The Justice Department has confirmed that HSBC is not under investigation in this case, HSBC said in a statement last month.

FBI Director Christopher Wray said the Huawei cases, which were filed in New York and Washington state, “expose Huawei’s brazen and persistent actions to exploit American companies and financial institutions, and to threaten the free and fair global marketplace.”

He also said he is concerned about Huawei devices in U.S. telecommunications networks. “That kind of access could give a foreign government the capacity to maliciously modify or steal information, conduct undetected espionage, or exert pressure or control.”