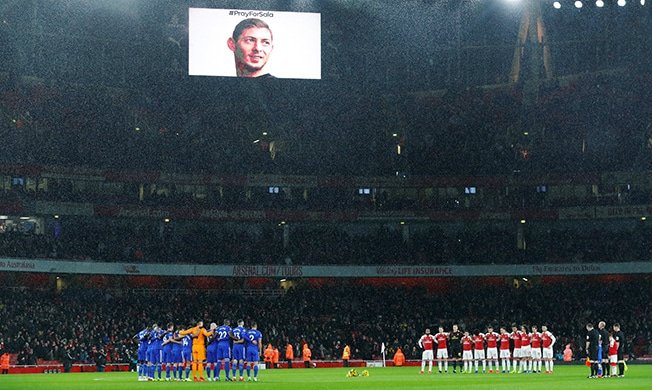 Investigators searching for a lost plane carrying Premier League footballer Emiliano Sala said on Wednesday an underwater search would begin after they found two seat cushions on the French coast that likely belonged to the aircraft.

The 28-year-old Argentina-born forward had been en route from Nantes in western France with pilot David Ibbotson to make his debut for Welsh team Cardiff City when the plane disappeared over the English Channel on January 21.

Britain’s Air Accidents Investigation Branch (AAIB) said it was informed on Monday that part of a seat cushion had been found on a beach near Surtainville on the Cotentin Peninsula in northern France.

A second cushion was found in the same area later that day.

“From a preliminary examination, we have concluded that it is likely that the cushions are from the missing aircraft,” the AAIB said in a statement.

Investigators said they now planned to launch an underwater seabed search for aircraft wreckage. Due to weather conditions, the search would start at the end of this weekend and take up to three days.

“Based on a detailed assessment of the flight path and last known radar position, we have now identified a priority search area of approximately four square nautical miles,” they said.

A remotely operated vehicle will be used to examine visually any wreckage found.

A privately funded operation is also set to search for wreckage on Sunday and the AAIB said it was liaising closely with those involved.
Rescuers scoured about 1,700 square miles after the single-engined Piper Malibu plane went missing but had failed to find a trace of the aircraft until now.

The plane had been cruising at 5,000 feet when the pilot requested to descend to a lower altitude on passing Guernsey. It then lost radar contact at 2,300 feet.

On Tuesday, Cardiff played their first game since Sala’s disappearance, a 2-1 Premier League defeat at Arsenal, where tributes were paid to the missing player and pilot.

Some of the Cardiff players meanwhile are now scared to fly, defender Sol Bamba has said, adding the team was badly affected by the “unusual situation”.

“We travel by plane and some of the lads have been thinking ‘I don’t want to go on it anymore’,” Bamba told the BBC.
“The gaffer and the club have been good in terms of bringing someone in to talk to if we need to. And I think some of the lads do, they need to get it out.”

Bamba, who knew Sala personally through his agent, said he discussed the move to Cardiff with the Argentine.
“It is not just me finding it difficult, even though I had a personal connection to him,” Bamba added. “I don’t feel more sad than the other lads, everyone feels sad, the whole club.”