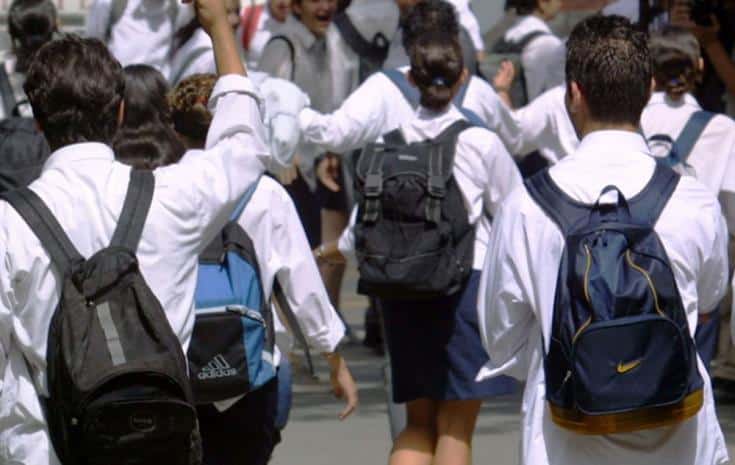 Anti-drugs authorities on Thursday called claims by a little-known group that narcotics were sold at a school canteen were “baseless and misleading” and questioned why an unlicensed organisation was given a platform at the House education committee.

Police on Thursday said that they immediately launched investigations into the report by a representative of the Cyprus chapter of Drug-Free World Europe (DFW), which comes under the umbrella of the Church of Scientology.

The representative of the foundation, Stella Constantinou, told MPs on Wednesday that among other incidents, drugs has been sold students by a licensed school canteen manager.

She claimed the incident was made known to her from parents who had attempted to report the matter, but began receiving threats, forcing them to abandon the idea.

But police on Thursday said the claims, following initial investigations, did not hold water and that there was nothing to indicate drug pushing in school canteens.

The National Addictions Authority also said on Thursday the claim did not appear to be true and questioned why an organisation that failed to receive a licence to run its drug-prevention programme has been invited to speak at the House education committee.

The head of the authority, Chrysanthos Georgiou, told state broadcaster CyBC radio that his office did not grant the DFW a licence to register in Cyprus as a programme against addictions as it did not meet the minimum requirements.

He raised an issue as to why the group in question, which “most importantly presented incorrect data, with no scientific backing and constant misinformation”, was invited by the House education committee to participate in the discussion.

Georgiou said Constantinou had presented untrue data such as saying that the THC in cannabis available in Cyprus was as high as 98 per cent. “The state lab analysis says it is 18 per cent,” Georgiou said

He said that he was terrified by the discussion at the House committee meeting due to the way the state efforts as regards drug prevention had been nullified, despite the fact they yield results.

“One ought not to create their own myths and realities for the sake of scaremongering,” he added. He said the authority had informed the education ministry which drug prevention programmes were licensed and are allowed to work with schools in line with the national strategy.

The spokesman for the drug squad (Ykan), Stelios Sergides, also said on Thursday morning that a great number of things Constantinou had said were generalisations and were untrue.

He said he was surprised to hear of the incident, “because I considered that it was their obligation, as soon as they learned about this… to report it.”

“It is not possible for such information to be kept from the police and just thrown out there at a House meeting to create impressions,” Sergides said.

He said that his unit launched an investigation on Wednesday when Constantinou told him which school she was referring to. Sergides said that he could not understand why the incident was not reported as this could have been done anonymously.

Constantinou stood by what she had presented before MPs.

Some truths, she said, may bother state officials.

She told CyBC that the group was in the process of having their drug prevention programme registered with authorities. She formed the Drug-Free World Foundation Cyprus chapter in 2014.

“They are aware of our programme, we are in legal procedures to receive the licence so that we can access state schools,” she said.  The DFW, she said, is an international organisation, that “thrives” around the world.

A similar situation occurred in Ireland a year ago after it was revealed the anti-drug brochures being circulated in Dublin schools were linked to the Church of Scientology through DFW – though there was no indication on the leaflets that a link existed.  According to the Irish Independent at the time, the department of education said it would  issue “revised circulars” to schools to provide strengthened guidance on external programmes.

Constantinou said she had asked to be present at the committee meeting on Wednesday and that when she heard officials from the education ministry telling MPs that everything was under control in schools, “I had said that they most probably spend too much time in their offices and have no idea what is going on in reality.”

She said that they heard of the incident in question more than six months ago but this was not the only case she had referred to MPs.

She said it was easier for teenagers to access drugs than buy cigarettes and stressed the effectiveness of the DFW programme, adding that there had been a 70 per cent reduction in drug use where it has been implemented.

The Cyprus group numbers many members, she said, mainly parents of teenagers.

She added that despite the fact Sergides said that the group’s programme was inaccurate, their videos have been used by Ykan during campaigns in schools.

Constantinou also denied that the programme had any links with the Church of Scientology other than funding.

It is being funded by Scientology, she said, but the content of the programme has nothing to do with the ideology of scientology.

“I challenge anyone to find anything in the programme that refers to the ideology of scientology. They will not find such a thing,” Constantinou said.

The head of the House education committee, Disy’s Kyriacos Hadjiyiannis, defended the presence of Constantinou at the meeting, arguing that it was standard practice allowing groups and individuals to attend meetings upon their request when issues are discussed that concern them.

He said that he did attend an event in the past organised by the group after receiving an invitation as he usually does when he is invited by other non-governmental organisations.