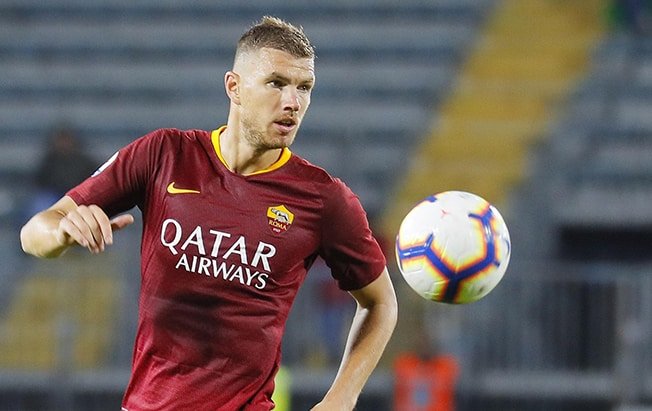 Videos and still images of the incident appear to show the Bosnian, who was a second-half substitute for Roma, spitting at official Gianluca Manganiello

Roma striker Edin Dzeko could face a lengthy ban after appearing to spit at the referee during Wednesday night’s Coppa Italia thrashing at Fiorentina.

The capital club were humbled 7-1 in their quarter-final clash in Florence, where Dzeko was shown a straight red card in the 72nd minute for dissent.

Videos and still images of the incident appear to show the 32-year-old Bosnian, who was a second-half substitute, spitting at official Gianluca Manganiello.

The referee will confirm his reasons for expelling former Manchester City forward Dzeko in his match report and, as Roma’s cup campaign is now over, the resulting suspension will carry over to Serie A according to Italian Football Federation rules. Roma host AC Milan in the league on Sunday evening.

Giallorossi boss Eusebio Di Francesco described the rout in Tuscany as a “shameful performance”, personally apologising to supporters for the result in a statement on the club’s official website.