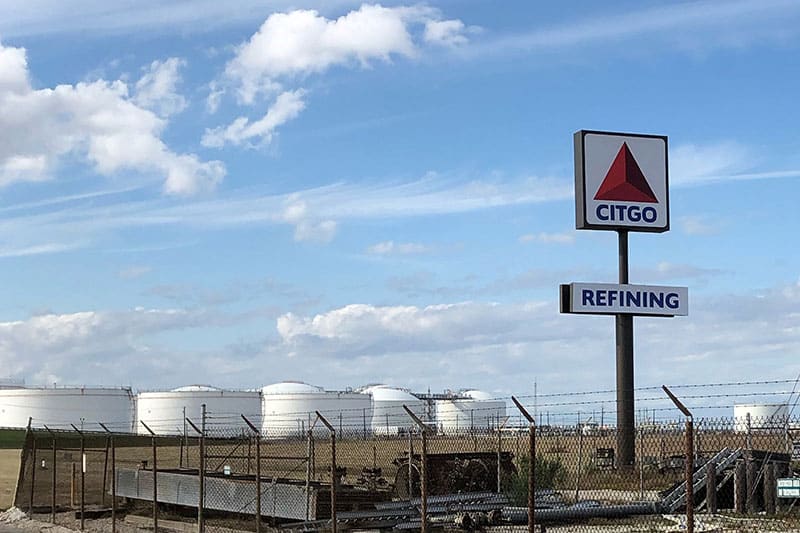 By Erwin Seba and Marianna Parraga

CORPUS CHRISTI, Texas, Jan 31 (Reuters) – Citgo Petroleum Corp, the eighth largest U.S. refiner and Venezuela’s top foreign asset, is in the middle of a tug-of-war as the Trump administration tries to use the company as leverage to topple Venezuelan President Nicolas Maduro.

Following the U.S. decision to impose sanctions on Venezuela’s oil industry this week, both sides have engaged in aggressive moves for control of Citgo, which has roots in the United States dating back 100 years but has been owned by Venezuela’s state-owned Petroleos de Venezuela, or PVDSA, for three decades.

Washington, along with numerous nations in the Western Hemisphere, has recognized opposition leader Juan Guaido as Venezuela’s president amid an economic crisis that has caused millions of people to flee the country. Maduro was re-elected last year in a contest widely seen as fraudulent.

As Guaido this week worked with Washington to wrest control of the company, Venezuela responded by ordering dozens of Citgo’s expatriate staff in the United States to return to Caracas by the end of February, people familiar with the matter said.

Earlier in the week, Citgo sent a team of executives to Washington amid efforts by Guaido and the U.S. government to appoint a new board of directors for Citgo, the people said. PDVSA also has said it would pursue legal efforts to block a Citgo takeover.

White House national security adviser John Bolton on Wednesday tweeted photos confirming the meeting with Citgo executives. “The United States is continuing to work to make sure that the economic benefits of Venezuela’s resources are not pilfered by Maduro and his cronies,” he wrote.

The company, which operates three refineries and distributes fuel to more than 5,500 gasoline stations across 29 U.S. states, recognizable by a red triangle logo, has become the largest potential casualty from U.S. sanctions on Venezuela.

The Trump administration ordered Citgo profits to be retained to pressure Maduro to step down. It also barred U.S. customers from transferring payment to PDVSA, depriving the OPEC-member nation its largest source of cash. Citgo imports crude from PDVSA in exchange for refined products, which raises the possibility that Citgo would be without a third of its crude supplies after a grace period ends.

Employees at the firms’ refineries say they have been advised by managers to ignore the furor. But the pressure is now threatening Citgo operations, from its oil-processing capacity and plant management to debt refinancing and commercial relationships, according to the people close to the matter. Venezuelan expats, whose numbers have increased in recent years, hold key jobs at the company, from running its finance operations to overseeing refineries.

Citgo did not respond to a request for comment on the executives’ discussions with U.S. officials or oil supplies for its refineries.

The seriousness of the situation was underscored by the hurried exchanges among Houston, Washington and Caracas and the recall notice to expats. Citgo Corporate Treasurer Gina Coon, assistant finance chief Curtis Rowe, strategy chief Rick Esser, and legislative affairs chief Larry Elizondo were among executives who met in Washington this week.

Citgo President Asdrubal Chavez, a cousin of the late Venezuelan President Hugo Chavez, rushed to Caracas from his Bahamas office over the weekend, missing a contingent of Citgo executives who went to the Bahamas to discuss the sanctions, the people said. Chavez works from the Bahamas because he does not have a U.S. visa.

The Houston-based company has accumulated cash and credit lines in recent months as dividends payments to Caracas have been blocked by U.S. sanctions imposed in 2017. Stephen Goltz, an analyst at S&P Global Ratings, projected Citgo would generate about $800 million in total cash from operations for the 12 months ending June 30, saying it was “performing fine.”

That may allow it to continue to source the crude oil it needs to refine into gasoline and other fuels to meet U.S. demand. Citgo’s three refineries can process a combined 750,000 barrels of oil a day, or about 4 percent of total U.S. refining capacity.

However, Citgo has been struggling to refinance a revolving line of credit, a task that must be completed by July, according to people close to the matter. PDVSA also faces a $72 million interest bond payment in April, though the sanctions could prevent a foreclosure sale of Citgo shares in event of a default, said Mark Weidemaier, a professor at the University of North Carolina School of Law.

Guaido, the head of Venezuela’s congress and self-proclaimed president, has asked the United States to protect Citgo from creditors in event of a default while moving fast to appoint a new board loyal to his government. At least three former executives turned him down, the people said.

Last week, Citgo idled the smaller of two gasoline-producing units at its Corpus Christi refinery in Texas. The shutdown was due to weak margins for gasoline, exacerbated by higher costs for purchased crude, people familiar with the plant’s operations said.

Still, company managers this week were telling employees their jobs are safe, according to staff at the Corpus Christi refinery. “We’ll still be here doing business as usual,” a refinery worker said.

More snow expected in the mountains