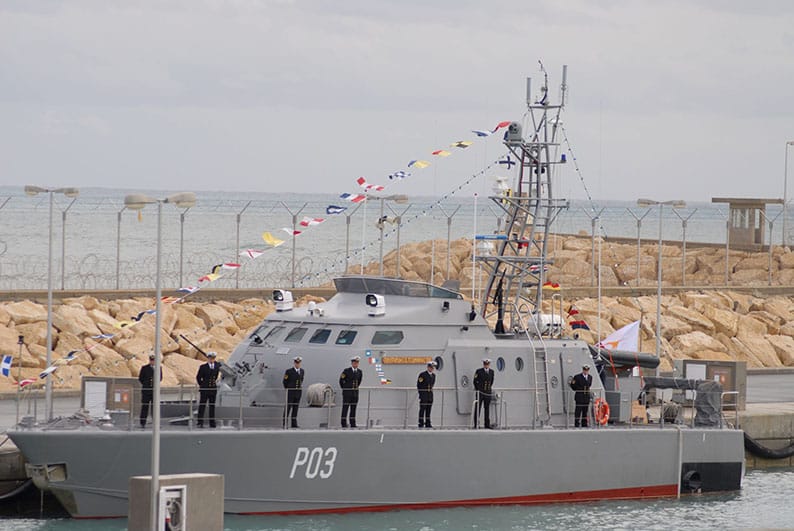 THE GOVERNMENT on Thursday neither confirmed nor denied fresh reports of plans for a naval station at Mari to permanently service French warships.

When asked government spokesman Prodromos Prodromou demurred, saying only that Cyprus already provides facilities to several nations, including France through the use of the Andreas Papandreou airbase.

However, he added, announcements on the issue would be made in the near future.

Prodromou did confirm that discussions are ongoing between Nicosia and Paris on the possibility of upgrading their bilateral cooperation.

The most important thing, the spokesman added, is that “this cooperation among European countries is a European policy.”

European defence, he said, should cover Cyprus in order to “avert moves which threaten our region as well as Cyprus.”

Earlier in the day, daily Politis ran a story claiming that France and Cyprus were in talks for the construction of a naval station at Mari to host French warships.

Citing its sources, the paper said these plans should be seen in the context of the EU’s Permanent Structured Cooperation (Pesco).

It also drew on remarks by French president Emmanuel Macron, who at the MED-7 summit this week spoke of Cyprus’ “strategic role” in the Mediterranean.

“With France we have a strategic cooperation which we are constantly working on to expand,” he told reporters.

Some of the results of this cooperation were not for public disclosure, he added.

On Pesco, the defence minister said on Thursday that Cyprus is steadfastly behind the project.

The EU must protect its member states, as provided by the priorities of the EU Global Strategy, he added.

Angelides was speaking during the informal meeting of EU defence ministers that took place in Bucharest,

He said that solidarity of member states with a member state facing an offensive against its territory is of pivotal importance, he noted.

“It is self-evident that any offensive against the territory of a member state constitutes an attack against the EU itself.”

He appeared to confirm that the defence ministry plans to build a naval station at the location of the Evangelos Florakis (Mari) naval base.

According to Kasoulides, the idea is for the French to co-finance the mooted naval station.

However, he stressed, it would not be a French facility but rather a Cypriot one from which facilities would be provided to the French navy.

In October 2016 Nicosia and Paris signed the Franco-Cypriot Strategic Agenda, covering security and defence, as well as economic, educational and cultural cooperation.

Officials have been tight-lipped about the details.

Our View: House committees should take care over who they invite

Over 20 dead in US polar vortex, frostbite amputations feared