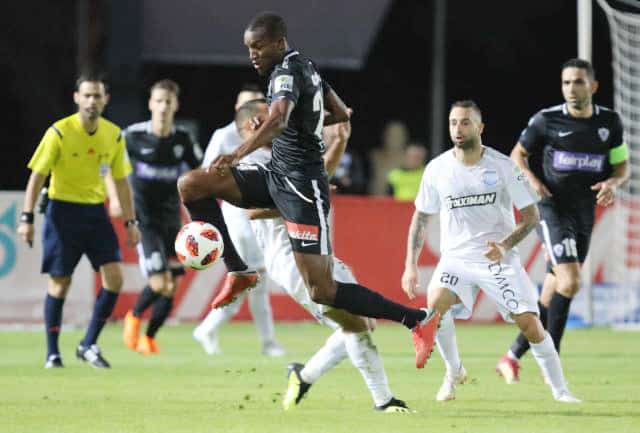 The battle at both ends of the table is hotting up as the regular season is gradually drawing to a close with just four rounds to go until the playoffs.

There are two crunch games involving teams at the top end of the table as second-placed Apollon travel to Larnaca to face Anorthosis while third-placed AEL, take on the team just below them, AEK, in Limassol.

At the wrong end of the table Alki face Enosis in a game where a win for either side will allow them to move further away from the danger zone while the two bottom teams Ermis Aradippou and Pafos FC face daunting tasks against Omonia and leaders Apoel respectively.

In the final game of the weekend Doxa Katokopias take on Nea Salamina at the Makarion stadium with the visitors looking for the three points that will almost certainly guarantee them a top-six finish.

A few weeks ago Anorthosis seemed set for a top-six finish but a recent run of poor results has seen the gap from seventh-placed Omonia reduced to four points with the two teams facing each other in a couple of weeks’ time.

Anorthosis did manage to defeat Apollon in the corresponding first round fixture and their manager Jurgen Streppel will be hoping for a repeat result to relieve some pressure off himself and his players who have been heavily criticised by their supporters for their recent lukewarm performances.

It will not be easy though against an Apollon side that seems to be back at their best especially after the return of their midfield strongman, Argentinian Esteban Sachetti.

Both sides will have players missing but the absence of the suspended Douglao of Anorthosis may prove costly against the most prolific frontline in the league.

Despite being in third, AEL have not yet managed to record a home win against any of the top six sides.

They were busy in the winter transfer window and two of their recent signings, Antonia and Adnan Aganović, may feature in the starting line-up.

AEK are a different side since Imanol Idiakez’s return at the helm, scoring eight times in their last three league and cup games.

“It will be a tough match”, Idiakez said during the pre-game press conference and added that he believes that a set-piece may decide the game, “as both sides are evenly balanced and well organised”.

Leaders Apoel were given a jolt last Monday when they failed to beat lowly Alki and saw their lead reduced to two points.

They will need to improve against Pafos FC if they are to get back to winning ways especially as Pafos FC’s relegation position belies their true capabilities as they were docked six points by the Cyprus Football Association.

Apoel’s star Mousa Al Taamari is expected to return to the side after missing the last few games due to Jordan’s participation in the Asian Cup while Pafos FC may give one of their recent signings, Abdisalam Ibrahim, a starting berth.

Bottom side Ermis Aradippou take on Omonia with both teams possibly playing what may be their last cards, Ermis to avoid relegation and Omonia for a place in the top half of the table.