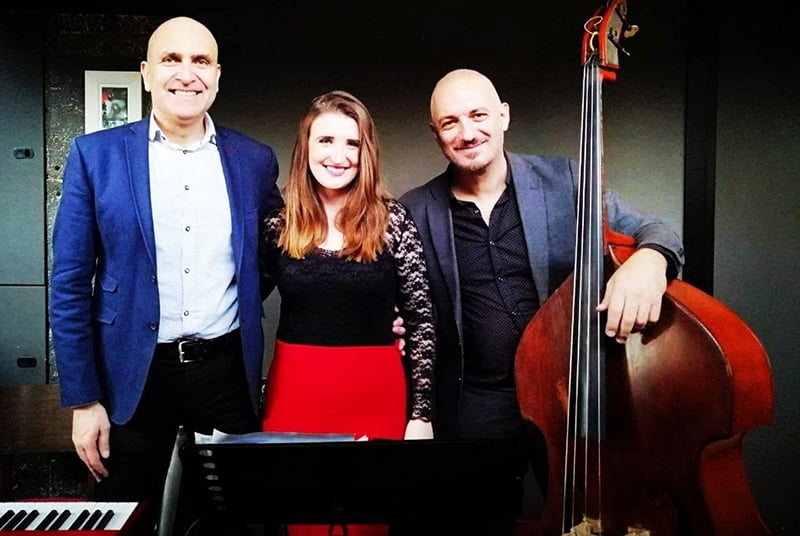 As jazz appreciation continues to grow around the island the number of jazz-themed events are also on the rise. The latest takes a more soulful and vibrant tone with jazz songs from Broadway and the movies being brought to life next Sunday, February 10.

The Marios Toumbas Trio, with Olga Xanthopoulou on vocals, Marios Toumbas on piano and Michael Messios on double bass, will perform compositions from legendary jazz musicals including the fiery 1975 Chicago, the 1977 New York, New York; Girl Crazy (1930) and The Pink Panther (1963).

For Broadway fans, this is a chance to get a short dose of the old classics by three well-studied, local musicians.

Xanthopoulou, a professional singer and pianist, has participated in numerous pop bands as lead and backing vocalist and since 2010 when she began organising and performing in concerts, she got involved in numerous jazz combos with some of the jazz experts. Besides the Marios Toumbas Trio, another jazz ensemble she is involved in is The Greek Jazz Project with Loukas Louka.

Double bassist Messios is also part of various musical ensembles in Cyprus including The Petsteppers, the Charis Ioannou Trio, Cyprus big band, Tassos Stylianou Trio, where he performs and composes. Apart from international jazz festivals, he often performs on the island in many festivals such as the Kypria Festival, AglaJazz Festival, Pomos Festival and Dogstock.

It sure seems that he is no stranger to the genre as he’s had numerous important collaborations on the global jazz scene with the likes of Tony Lakatos, Gilad Atzmon, Janush Muniac, Mamelo Gaitanopoulos and Chris Byars.

Head of this jazz combo is Berklee graduate Marios Toumbas. Following his return to Cyprus, he has worked with an abundance of artists over the years, as well as international collaborations. He has performed all over the world with famous jazz musicians such as bassist Anthony Jackson (creator of the six-string el.Bass), saxophonist Tony Lakatos and guitarists Jeff Richman and Brett Garsed.

Next Sunday’s event is an amalgamation of all three musicians’ expertise and talent. Paphos music fans have another chance to spend a tuneful evening at Technopolis 20.