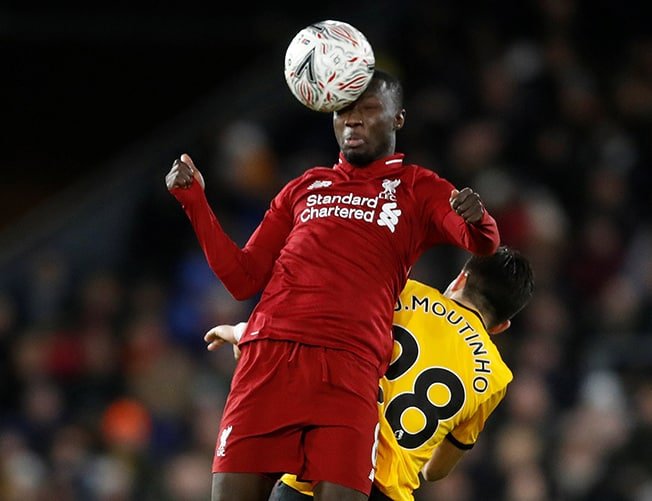 LIVERPOOL manager Jurgen Klopp admits midfielder Naby Keita has plenty of improvements to make but he is not concerned by his slower-than-expected adaptation to English football.

The Guinea international arrived in the summer, 12 months after the Reds paid £53million to buy him RB Leipzig, and the nature of his game was such he was tipped to make a huge impact.

However, after a promising start in his first couple of matches the 23-year-old has struggled for form, not helped having to learn a new language and culture, an injury which sidelined him for a month in October and being asked to perform a slightly different role from the one he had in the Bundesliga.

He showed flashes of his talent in Wednesday’s 1-1 draw with Leicester, only his 10th start in a total of 17 Premier League appearances, and Klopp is prepared to be patient with the third-most expensive player in the club’s history.

“Yeah, happy so far but still a lot to come,” said Klopp ahead of Monday’s trip to West Ham.

“Naby is an outstanding player but he still has to improve; minutes, games, language, all that stuff.

“Everything will be fine, and it is fine so far, but we can really expect a lot more still, that’s how it is.”

By the time Liverpool kick-off at the London Stadium their five-point lead at the top of the table could have been cut to two as Manchester City play Arsenal on Sunday.

Manuel Pellegrini’s West Ham are on a three-match losing streak, as Leicester were in midweek, but despite the Hammers being rolled over 4-0 by Klopp’s side on the opening day of the season, the Reds boss is taking nothing for granted.

“We started against West Ham with a brilliant game from us and not a very good game of West Ham. That day they had a new manager and a lot of new players,” he said.

“They had a really bad start, I think they had maybe only two points after six matchdays, but since then they are nearly a top-six side. That’s what we should expect.

“(They have the) most experienced manager in the Premier League at the moment, really good football team, good signings in defence, experience in the full-back positions.

“(Declan) Rice, fantastic development next to (Mark) Noble in midfield, experience and youth. Then you have the wings, really strong, (Felipe) Anderson fantastic signing, and Marko Arnautovic an outstanding striker.

“(Samir) Nasri is now around, (Robert) Snodgrass is back on track, Lukasz Fabianski in goal, it’s a really good football team. That’s what we have to be ready for again.

“We can’t compare with the first game of the season. We expected a difficult game that day but it was not so difficult for two reasons: we were really good and they were not ready.

“Now they are ready and it’s a completely different cup of tea.”