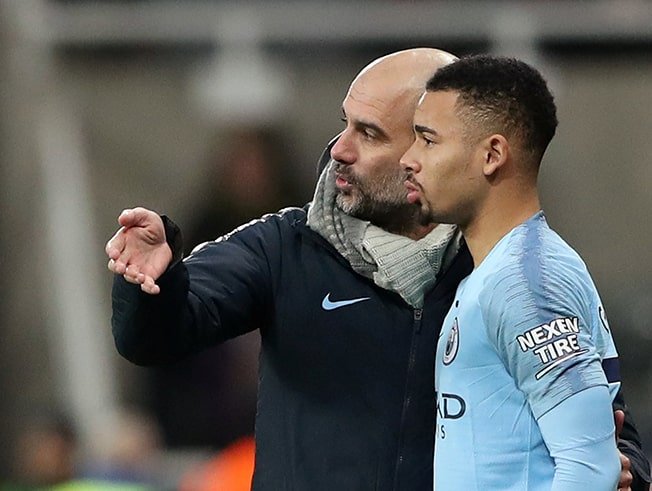 Pep Guardiola believes his Manchester City players are ready for the challenge as they enter a crucial week in the title race.

City go into the period, which begins with the Gunners’ visit to the Etihad Stadium on Sunday, trailing leaders Liverpool by five points.

Firstly, they will need to shake off the lethargy which saw them beaten at relegation-threatened Newcastle in midweek but Guardiola anticipates a response.

The City manager said: “The situation we have this week is the same as we have in the last two or three months. It happens, it’s not new. It’s a challenge.

“The only way I know after a negative result is to focus on the play – play and play and play – and (have) the mentality to say: ‘OK we’re in February, there is a lot of points to play for and still many things are going to happen’.

“The situation is simple, we have to increase the way we play in terms of the many details we didn’t do quite well. The players know that. It’s not news.”

City were below-par at St James’ Park but, as they remain in contention for four trophies, Guardiola insists there is nothing wrong with the players’ motivation.

He said: “We are not happy about the last performance – everyone knows that. We knew immediately in half-time and after the game.

“But without the motivation we wouldn’t be here, where we are in all the competitions – another cup final, Champions League last-16 and the league being there. It would not be possible without motivation.

“I have said many times when people have said it’s a perfect team, or we are unbeatable that every game is a challenge to show what you can do better.

“Sometimes there are ups and downs in the season. Sometimes the players cannot sustain it for 11 months in the top level when the opponents are well prepared and they want to beat us.

“The results this week show us it’s difficult for all the teams in the top six to win their own games.

“There are a lot of games and sometimes to sustain it is tough, but that’s the challenge and we want to face it.”

City will assess left-back Benjamin Mendy ahead of the game. The France international, who recently returned following a two-month lay-off, has missed the last two games as his comeback following knee surgery is managed carefully.

Scout group rescued from Troodos after getting lost (updated) (v)