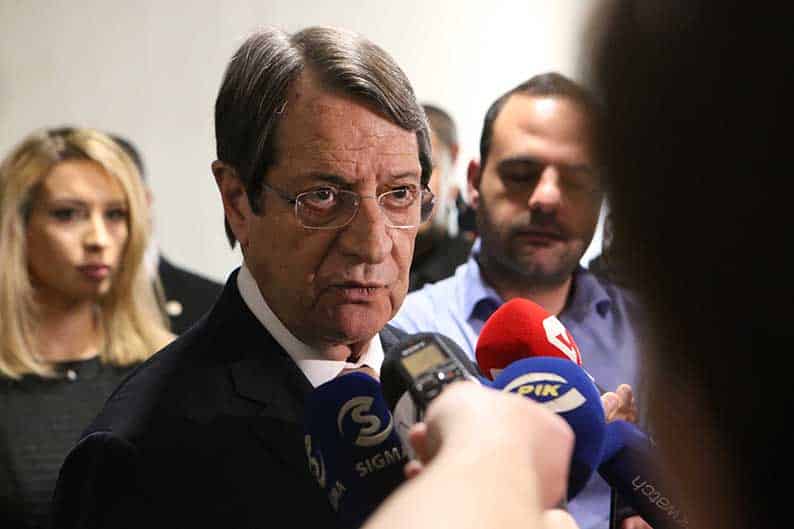 THE UN Secretary-General’s special envoy Jane Holl Lute is back in Cyprus and will meet the leaders today and tomorrow. This will be her fourth visit to the island since she was given the thankless task of trying to persuade the two sides to resume negotiations, a year after the collapse of the peace process in Switzerland. She visited in July, October and December, met the two leaders separately each time and left without uttering a word; she has also included Athens, Ankara and Brussels in her itinerary.

When Lute first arrived, the impression was that she would establish if there was a political will for a resumption of talks and report back to the UNSG, Antonio Guterres with her conclusions. Guterres would decide his next steps on the Cyprus issue after being briefed by Lute, said his spokesman last July. The next steps, it turned out were a continuation of the first steps, Guterres having been unable to secure a commitment for a resumption of the talks from the leaders when they met in New York, on the sidelines of the General Assembly in New York in September.

Lute would carry on her periodic visits to the island in the hope of achieving her target which was an agreement on the terms of reference that would open the way for a new round of talks. Nobody has ever actually explained what these terms of reference were. We can only guess they would define the aim of the talks and the procedures through which it would be achieved but this concept is so vague, Lute may be visiting for another two years before the terms are clarified. In fact, we have already been told there would be no resumption of the talks before June because there are local elections in Turkey in March and European parliament elections in the Republic in May.

For President Anastasiades, who focuses only on the negatives of a federal settlement in every speech he makes these days, the futile search for agreement on the terms of reference is the ideal situation. He can pretend he is working for a resumption of the talks but his sincere efforts were being thwarted by Turkish intransigence. What is even more appealing is the absence of timeframes. Lute will presumably keep visiting. For the Turkish side things are less clear, because on the one side Mustafa Akinci remains committed to a bi-zonal, bi-communal federation and on the other, Turkey has embraced the idea of “other options” such as two states, especially after Anastasiades indicated in meetings with foreign minister Mevlut Cavusoglu that he considered it preferable to reunification.

Cavusoglu rubbished Akinci’s support for federation, when he visited the island 10 days ago, saying the Cyprus issue was “too grand to be sacrificed for someone’s political ideologies or political ambitions.” Akinci has become the sole campaigner for federation, Turkish Cypriot public opinion having been swayed towards two states which Anastasiades also seems to embrace, without publicly advocating it. He has decided to lead Greek Cypriots to the two-state solution by stealth, constantly highlighting weaknesses of federation that would supposedly give rise to a dysfunctional state, while also toying with the ideas of confederation or loose federation, code language for partition.

Media can keep speculating about what Lute has in her suitcase, whether she has a draft agreement or notes about the terms of reference that would “facilitate the procedure”. For the Greek Cypriot side it is all about the procedure, which is seen as an end in itself, hence the dogmatic opposition to artificial or suffocating timeframes. Anastasiades would consider it a big personal success if the haggling over the terms of reference carries on indefinitely and Ankara would not object as Akinci, who is seen as an obstacle to its plans, would be out of the picture in a little over a year when elections are scheduled in the north.

Whether Lute will agree to be used in this game and allow her initiative to degenerate into another Cyprus problem joke, will become clearer after today’s meetings.  The only problem is that there is more than a year left before the elections that will remove Akinci from office. Will Lute be searching for an agreement until then?