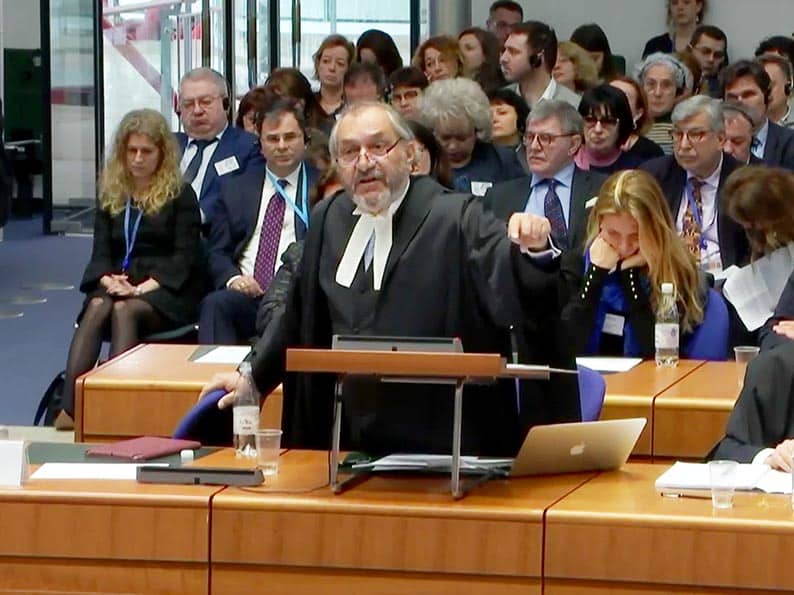 IT WAS poetic justice that was meted out to Turkey by the European Court of Human Rights (ECHR) last Tuesday for ignoring an extradition request from the Republic of Cyprus (RoC) for the return of four child murderers in the Guzelyurtlu case who had killed a defenceless 15-year-old girl and her parents in cold blood on the Nicosia- Larnaca highway and who had escaped to northern Cyprus.

Turkey has difficult extradition relations with the US and Saudi Arabia at present. Her request for the US to extradite Fettulah Gülen, the alleged mastermind of the attempt to kill president Recep Tayyip Erdogan and overthrow his government in 2016, has stalled, and her attempt to have the murderers of Jamal Khashoggi’s at the Saudi Consulate in Istanbul, extradited from Saudi Arabia is getting nowhere. Not a good time at all for Turkey to have been found in breach of her obligation to cooperate in the extradition of ruthless murderers for the shooting at point blank range of a defenceless child and her parents.

So it was virtually certain that the murder suspects, who had in the meantime been arrested by the Turkish Cypriot police on reasonable suspicion, were indeed the murderers and the refusal to engage in extradition relations with the RoC was egregious whatever political obstacles there are between the two states.

But the RoC does not come out of this smelling of roses either. The Greek Cypriot police refused to show the DNA evidence to the police in the north on the spurious ground that showing the DNA evidence was tantamount to recognising the ‘Turkish Republic of Northern Cyprus’ (TRNC).

It was this failure to cooperate with the Turkish side that formed the basis of the claim against the RoC since at that early stage when the iron was hot and everyone was shocked at the callous brutality of the murder, the Turkish Cypriot side was seemingly prepared to hand the suspects over to the RoC for their trial and punishment.

But the request to see the DNA evidence was turned down by the RoC police on the grounds that this would imply recognition of the TRNC.

I was told at the time that although this view of international law had been around for some time, it was taken a notch higher by the new government of the RoC to a duty to delegitimise the TRNC as an illegal state.

We submitted before the Grand Chamber that the refusal of the RoC police to engage with the TRNC police on the grounds that they had a duty in international law to delegitimise the TRNC, was misconceived because cooperation between policemen from the two communities to apprehend murderers did not constitute recognition that could trump the protection of the Human Rights Convention. The Grand Chamber appears to have confirmed this to be the case, holding that the RoC had a duty to cooperate though acknowledging that this did not require the RoC to surrender its criminal jurisdiction to the TRNC.

This is obviously correct and we did not seek to gainsay this on behalf of the Guzelyurtlu family. The surrender of criminal jurisdiction argument fell from the Greek judge, Justice Alexandre-Linos Sicilianos, at the hearing in March 2018 before the Grand Chamber.

During the course of argument, he asked me directly in French whether handing over the dossier containing the DNA for the trial of the suspects in the TRNC would be a surrender of criminal jurisdiction tantamount to recognition by the RoC to the judicial authorities of the TRNC.

I was thrown by his use of French given the proceedings were being conducted in English. I do not have much French and did not have my headphones on but I recovered sufficiently and replied that our case against the RoC for failure to cooperate was not their refusal to hand over the dossier for trial of the suspects in the TRNC, but their refusal to show the Turkish Cypriot police the DNA evidence at the initial stages of the investigation to enable the TRNC authorities to hand the suspects over to Greek Cypriot police for trial in the RoC.

The surrender of criminal jurisdiction was therefore nothing to the point – nihil ad rem in legal Latin – although the court may have felt it had insufficient evidence that the Turkish Cypriot side was indeed prepared to hand over the suspects to the Greek Cypriots had they been provided with the DNA evidence.

If there was an initial willingness on the Turkish side to hand over the suspects for trial in the RoC it dissipated very quickly and they reverted to type. My take is that the Turkish Cypriot policemen took umbrage at the attitude of the Greek Cypriot police’s refusal to recognise their role – not as agents of the TRNC but as policemen – and they became obdurate and difficult themselves in retaliation.

Political opportunism then took over and the Turkish side began to insist that as a Turk on Turk crime the trial of the suspects had to take place in the TRNC in front of Turkish Cypriot judges – which is absurd if you think about it because this was a case of a murder committed in the Greek Cypriot-run Republic of Cyprus in which there was compelling DNA evidence linking the accused to the victims. There is no such thing as an open and shut case but if there was this was it.

The RoC itself got off by pure chance because it was the Guzelyurtlu family’s insistence that the RoC request the extradition of the suspects when it looked as though they were literally going to get away with murder that saved RoC from being sent down with Turkey.

The Grand Chamber remarked on how late the request for extradition was, but not the reasons for the tardy request. As always in Cyprus the reasons for this sort of thing go to the heart of the political problem that the Cypriots simply cannot shake off.

Turkey and the Turkish Cypriots maintain that the exclusively Greek Cypriot government of the RoC does not represent the RoC established by the 1960 treaties under which sovereignty was to be shared jointly by the two communities.

The Greek Cypriot government of the RoC for its part has successfully asserted that it is legitimate both internally and externally. Internally because the lack of Turkish participation does not render its government unlawful as it is saved by the doctrine of necessity. Externally because it is recognised internationally by most states and international bodies such as the UN, the EU, the Council of Europe and the ECHR itself.

In the end it spared the RoC being condemned for failing to protect the right to life but it is interesting to ponder what would have happened had the DNA evidence been disclosed to the Turkish Cypriot side when people were still appalled at the enormity of this triple murder.

Alper Ali Riza is a queen’s counsel in the UK and a part-time judge. He also appeared as leading counsel for the Guzelyurtlu family before the Grand Chamber

The crisis in the judiciary