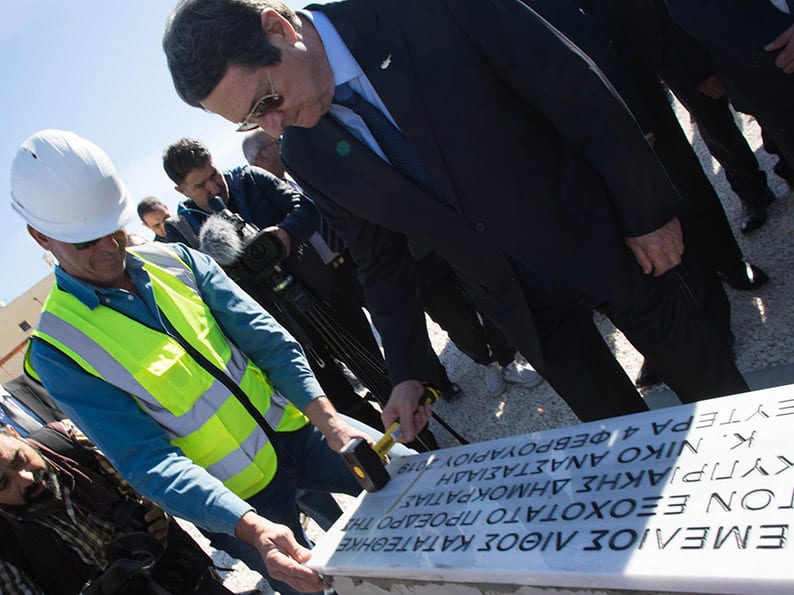 Development projects of over €45 million set to begin in 2019 in Paralimni municipality were announced by President Nicos Anastasiades on Monday, while many more, including a largescale golf course development, are also lined up.

Projects that are expected to begin in 2019 include improvement works to the Kappari road network, the upgrade of the Paralimni middle school, the construction of part of the April 1st Avenue in Paralimni, and the improvement of the fishing shelters of Ayia Triada and Paralimni, Anastasiades said.

The ultimate beneficiaries of the projects, which amount to over €45 million, are the residents, Anastasiades said.

More projects are on the way, Anastasiades said, including the upgrading of the Paralimni technical school, the construction of a sports hall by the Paralimni municipality in primary school D, and works to improve the track and field facilities at the Tasos Markou stadium.

The Paralimni technical school will see the construction of an events hall which will cost €230,000, while the municipality’s primary school A will be extended and will feature a new multipurpose hall, Anastasiades said.

“Through the licensing of construction for the Paralimni marina,” Anastasiades continued, “the area will be upgraded with tourist development and investment amounting to over €100 million.”

At the same time, “through alternative proposals which have been submitted, I hope that we will soon be in the position to also announce the beginning of construction of a golf course, which will certainly be licensed this time.”

Anastasiades explained that the project has been delayed due to environmental concerns, though the two new locations for the project have been proposed, which will likely lead to the agreement and cooperation of the interested entrepreneurs, the municipality, and the state to make the project a reality.

On Monday, Paralimni saw the opening of the Famagusta police headquarters and Paralimni police station, with Anastasiades stressing the government’s aim to also upgrade the buildings hosting the courts and the legal service.

The president assured the Paralimni mayor, Throdoros Pyrillis, that the government will be by his side “for new projects, given that they are mature, well-planned, and of course within the scope of the government’s financial capabilities.”

Our View: Naval facilities for France has little to do with gas