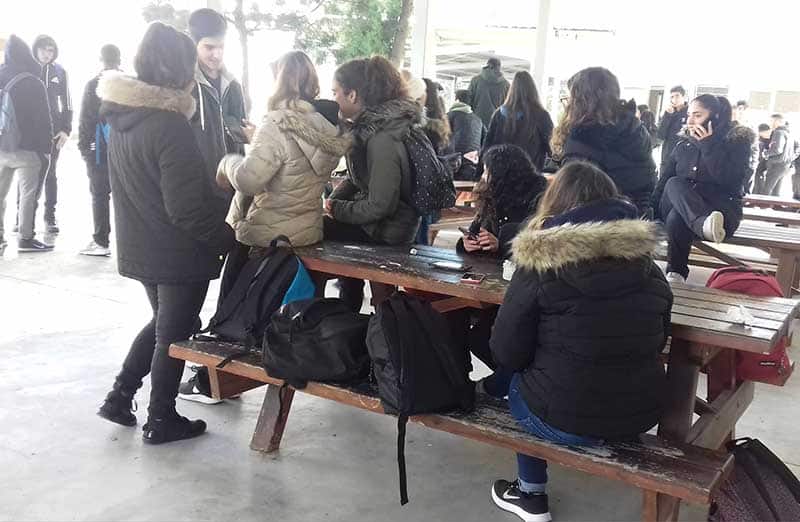 The secondary-schools parents association on Tuesday expressed their disagreement with a protest pupils have planned for Thursday.

Student group Psem called on all students to join a protest outside the education ministry on Thursday at 10.30am to send out a loud and clear message that they are against twice-yearly exams.

However, the parents association believes the decision is untimely and not justified.

“We want to express our concern and dissatisfaction with the decision of Psem, at this moment. Such an act is inappropriate and unjustified as the dialogue between parents, educational institutions, teachers, students and the ministry, is in progress in an effort to find a common solution,” the association announced.

According to the announcement, the dialogue will benefit the pupils.

“The dialogue is ongoing, so we are asking students to think maturely and consider the interest of all students before proceeding to engage in actions that may have undesirable results. Any measures should be withdrawn immediately so as to allow the necessary time to find the best possible solution.”

The parents also expressed concerns regarding safe transport of the students to and from the ministry.

Psem said the ministry, with its insistence on the introduction of the twice-yearly exams, does not leave them a choice but to take strong measures.

According to the students, the ministry completely “ignores the views of students, teachers and parents who are against this measure”, while it uses tricks and lies, pretending there is a good dialogue with the students.

On January 18, after students across the island staged a two hour walkout to protest the plans, they said they wanted to pursue a real and meaningful dialogue, though the ministry of education asked the students a day earlier to change their minds and to continue the dialogue “which has been held today in a great climate, with positive results”.

Psem insisted there were no such results.

Over the past three school years, the group said, it has often expressed its disagreement with twice-yearly exams with notices, resolutions, abstentions, referendums, signatures and protests.

They have repeatedly stressed the reason for their disagreement is they want a well-rounded education and not exam centres for schools, or schools centered on competition.

In October last year, the government announced it would postpone for a year the introduction of the exams in secondary state schools following the opposition, though remained adamant the changes would be implemented as of September 2019.