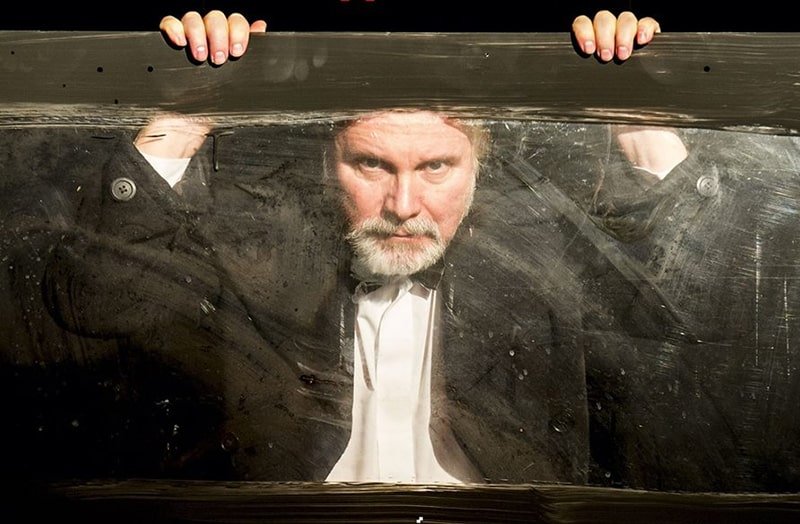 You may have seen menus and road signs in Russian and there’s no doubt that Russian business and tourism is growing on the island, but how much do you know about Russian culture? Here to give Cyprus a taste of its theatre and literature, is a monologue performance based on the poetry of Vladimir Mayakovsky.

A Soviet poet, playwright, artist and actor, Vladimir Mayakovksy produced a large and diverse body of work during the course of his career, ranging from poems to plays and films. This monologue, per-formed on February 8 in Cyprus, has reached fame way beyond its Russian motherland.

In fact, Give a hand! Here’s the Chest! has been nominated for The Best Male Role and The Best Dra-matic Performance at the XII International Theatre Festival, The Sacred Muse-2015 in Mongolia (2015), the diploma For Services to the Theatre of Russia of the 6th Federal Festival Theatre Olympus in Sochi (2016), diploma For the high performing art of the International Festival Impulse In Kyrgyzstan (2017), among others.

The performance at Limassol’s Russian Cultural Centre will be staged by the People’s Artist of Russia and laureate of the Russian Government Prize Nikolai Gorokhov, who is a true enthusiast of Mayakovsky’s work.

“It is the artist’s love for Mayakovsky’s poetry that is the key to a huge energetic, emotional component of the play,” say organisers, “which includes many reincarnations and is distinguished by exceptional psychological persuasiveness.”

They go on to add that the performance will be “an absolutely modern one-man theatre play, with bright visual expressiveness” while the staging will recreate the controversial, witty, active, titanic and extremely vulnerable personality of Mayakovsky himself.

According to the planning team, you can expect a stormy era of the enlightening, the enthusiasm, the revolutionary dreams and the deadly disappointments through which Mayakovsky lived.

And who’s the play for exactly? As the performance will be in Russian with subtitles in Greek and English, Give a hand! Here’s the Chest! is recommended for pupils of middle and high Russian schools and anyone that studies Russian as a foreign language.

Through the performance, schoolchildren and students can become acquainted not only with the work of Mayakovsky, but also with the atmosphere of the era, one that was called the “silver age” of Russian literature.

Give a hand! Here’s the Chest!
Monologue performance based on the poetry of Vladimir Mayakovsky. February 8. Russian Cultural Centre, Limassol. 4pm. €7 / €5. Tickets are available at www.tickethour.com.cy and at ACS Couriers. Tel: 22-761607

98 per cent of Cypriot children in good health