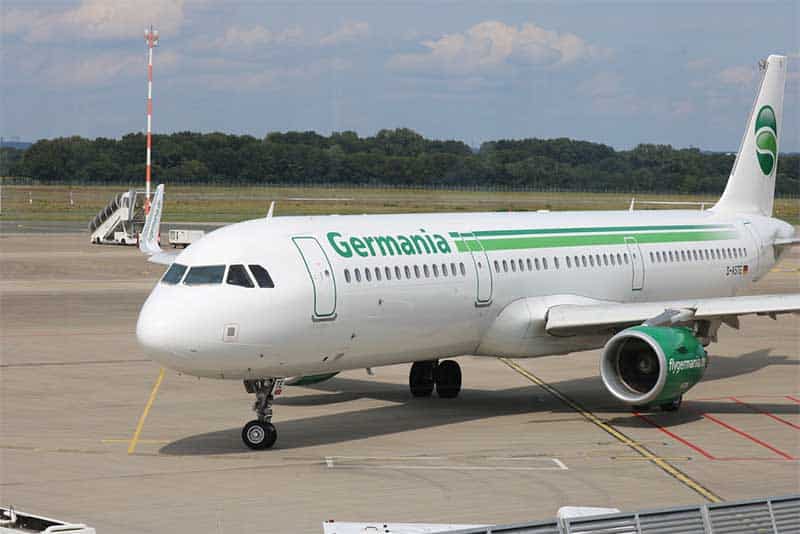 Paphos is lamenting the loss of direct flights to Germany in the wake of the collapse of budget airline Germania on Tuesday after it failed to secure financing and immediately cancelled all flights.

“There is no time to try and react to this devastating news to try and replace these lost flights as the new flight plans were due to start on April 1. This is a very negative outcome for Cyprus, especially for Paphos,” head of the Paphos regional board of tourism Nasos Hadjigeorgiou told the Cyprus Mail.

The bankruptcy of the German airline leaves a big gap for Paphos in 2019 in particular from major airports such as Berlin, Düsseldorf, Hamburg, Nuremberg and Dresden. In addition, a large gap remains during the winter, said Hadjigeorgiou.

Apart from Berlin flights, which are serviced by other airlines, tourism professionals don’t see any immediate replacement for the rest of the routes, Hadjigeorgiou said, describing the situation as difficult.

The German market is a priority, especially for Paphos, as it is a year-round market, he said.

“Of course we have the sun and sea travellers from Germany but also there are many specialist visitors, such as golfers, nature lovers, sports tourists, scuba divers and more.”

Disgruntled airline passengers have been left stunned, scrambling to re book with other airlines.

Retired musician Andrew Oliver and wife Christiane, who is from Hamburg, split their time between Paphos and Hamburg, regularly using Germania. They were due to travel back to Paphos with Germania on February 17 but have now had to re-book with Easyjet, paying far more money for flights which are not direct and arrive in Larnaca instead of Paphos.

“Christiane has been on the internet since 6am this morning, re booking our flights, after we heard the news of Germania going bust on the radio. There has been no contact from the airline, it’s very bad treatment,” Oliver said from Hamburg on Tuesday afternoon.

He added that German radio announced no refunds would be available.

However, Top Kinisis, which is listed as the representatives for Germania in Cyprus, said around 80 per cent of customers booked online and will be sorted out by the airline, adding that travellers from Cyprus should contact their bank to secure a refund.

Oliver lauded the service offered by the now defunct airline, saying that traveling with them had been excellent, a good quality experience for a budget airline as luggage and meals could be included in the price.

“We have regularly used these flights since they started and this is a real blow for us. It seems there are no direct flights between Germany and Paphos and our trips will once again be far more expensive and take far longer.”

Hadjigeorgiou said that company had played an important role in the development of tourism from the German market in the last few years, especially in the non-peak season.