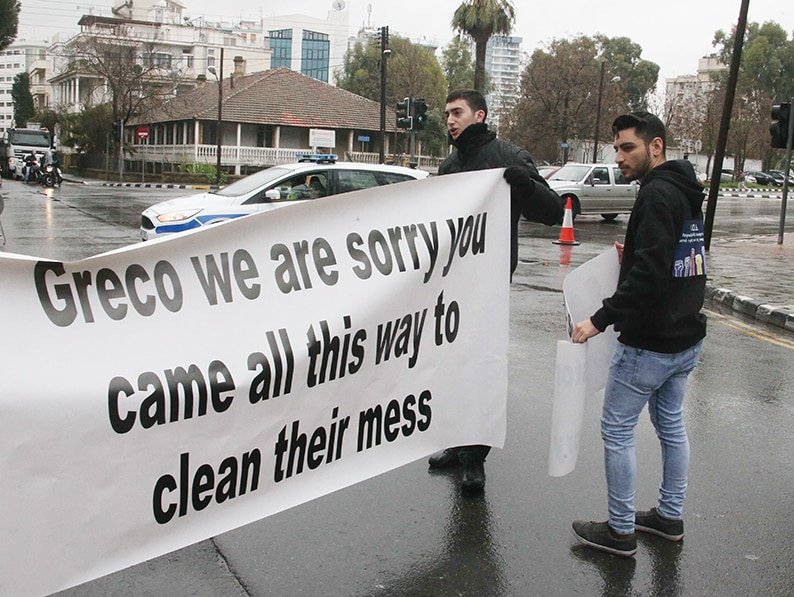 Cyprus has been deficient in implementing the recommendations of the Council of Europe’s Group of States against Corruption (Greco) regarding transparency within the judiciary, the head of the organisation said on Thursday.

Gianluca Esposito, executive secretary of Greco, is currently on the island on a two-day visit in the wake of explosive allegations of apparent corruption and conflicts of interest among supreme court judges.

On Thursday, Esposito and the Greco delegation held a long meeting with MPs of the House ethics committee. Later in the day they saw the attorney-general.

According to Esposito, Cyprus is in compliance with only two of the 16 recommendations featured in Greco’s fourth evaluation round.

Of the 16 recommendations, four pertained to the judiciary; these have yet to be implemented, he said.

Speaking to parliamentarians, Esposito stressed that their recommendations are binding on states that are members of the organisation. Cyprus was among the founding members of Greco.

One important pending matter is the submission of declarations of income and assets by judges, something which has yet to be implemented.

He played down concerns that its enactment into law would impinge upon the independence of the judiciary.

The Greco official said the organisation had not been planning to visit the island this year, but decided to come anyway after the furore created over alleged conflicts of interest among judges serving on the supreme court.

The controversy was ignited by Nicos Clerides – a lawyer and the brother of the attorney-general – who claimed the supreme court has been captured by a prominent law firm.

Disy MP and chair of the House ethics committee Zacharias Zachariou later described the meeting with Greco as “very constructive.”
“We have opened a window of communication with Greco. The Republic is a founding member of Greco and that means we also have a moral responsibility to comply with their recommendations.”

Cyprus has by the end of this year to comply with the recommendations cited in Greco’s compliance report.
The latest compliance report was adopted on June 22, 2018. Member states have 18 months in which to comply.

The compliance report (see here https://rm.coe.int/fourth-evaluation-round-corruption-prevention-in-respect-of-members-of/16808d267b) listed four recommendations with regard to improving transparency in the judiciary.

Greco noted with concern the complete overlap between the composition of the Supreme Council of Judicature and the supreme court. Responding, Cypriot authorities indicated that the supreme court “examined the above recommendation and is of the opinion that the purpose of the Supreme Council of Judicature is best served by continuing to be composed solely of judges only in order to safeguard and maintain judicial independence.”

Greco concluded that this recommendation was partly implemented.

The second recommendation related to the “integrity requirement” in the appointment of judges. It said that appointments should be “guided by precise and objective criteria which are to be checked before appointment/promotion, and that such criteria be made available to the public.”

Again, Greco concluded that this was partially implemented.

The third recommendation called for a code of ethics/conduct offering guidance “in respect of areas such as conflicts of interest and other integrity related matters (e.g. gifts, side activities, recusal, third party contacts, handling of confidential information).”
Cypriot authorities stated that dismissal and termination of the office of a judge may be ordered in case of “misconduct” as provided for in the constitution. Greco concluded that this recommendation was not implemented.

Lastly, the body recommended that “dedicated training of judges in respect of judicial ethics, conflicts of interest and corruption prevention be introduced as a well-defined part of the induction training of newly recruited judge…”

Responding, in January 2017 the supreme court created the Office of Reform and Judicial Training. Greco stated that this partially met their recommendation.
While the Greco team was meeting with MPs, a group of people gathered outside the parliament building to demonstrate on the issue of corruption in Cyprus.

One of the groups called itself the ‘Yellow Vests of Cyprus’.
They help up placards, including one that read: “Greco we are sorry you came all this way to clean their mess.”
Police were monitoring the demonstration. No incidents were reported.

Brick by Lego brick, teen builds his own prosthetic arm

In Brussels, EU gives May glimpse of Brexit hope