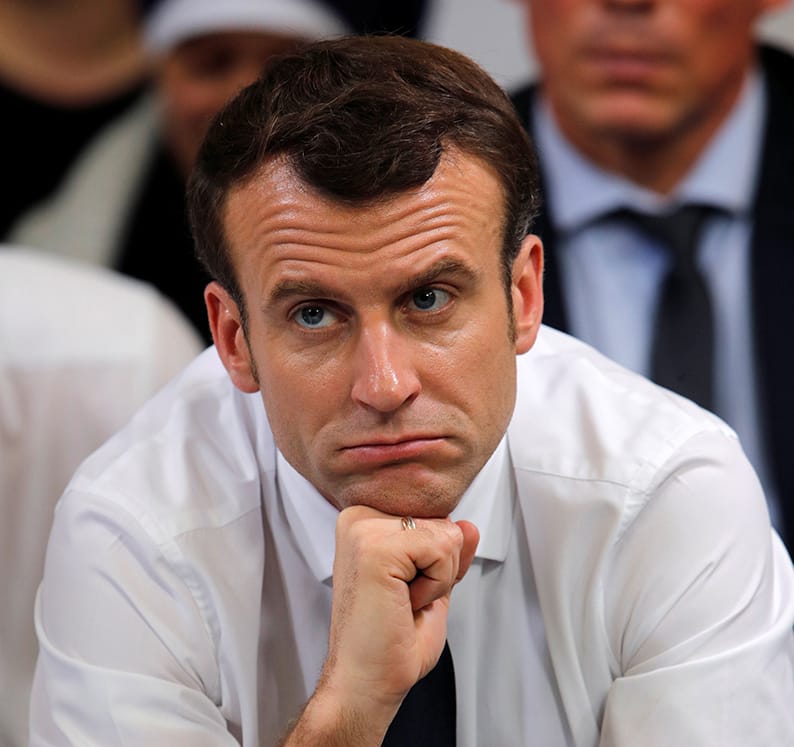 French President Emmanuel Macron’s government recalled its ambassador to Rome on Thursday in a move unprecedented since World War Two, saying it was fed up with “repeated, baseless” attacks by Italian political leaders against France.

The diplomatic blow, highly unusual among fellow members of the European Union, was announced by the foreign ministry in a statement. Diplomatic sources said Paris acted after a series of verbal assaults from Italy’s deputy prime ministers, capped by Luigi di Maio, head of the anti-establishment 5-Star movement, meeting this week with France’s “yellow vest” protesters, who have mounted a months-long anti-Macron campaign.

“France has been, for several months, the target of repeated, baseless attacks and outrageous statements,” the foreign ministry said.

“Having disagreements is one thing, but manipulating the relationship for electoral aims is another,” it added, calling Italy’s behaviour the worst of its kind since World War Two, when Benito Mussolini declared war on France in 1940.

While it is the first time that France has withdrawn its ambassador to Italy since 1945, it is not unprecedented among EU members. In 2016, Greece recalled its ambassador to Austria, and in 2017 Hungary withdrew its envoy to the Netherlands.

Relations between Italy and France, traditionally close allies, have grown increasingly tense since mid-2018, with Di Maio and his fellow deputy prime minister, Matteo Salvini, the leader of the right-wing League party, firing pot-shots at Macron and France, mostly because of disagreements over migration policy.

Macron has at times responded, criticising Italy last June for its refusal to accept a boatload of migrants rescued in the Mediterranean, and taking aim at Rome’s public finances.

But in recent weeks the exchanges have grown sharper and more personal. Di Maio accused France last month of fuelling poverty in Africa, where it helps underpin a regional currency, suggesting it was a neo-colonial power.

Salvini accused France of exploiting the unrest in Libya to benefit oil company Total, which competes with Italy’s ENI in the development of regional energy assets. He also said he hoped Macron’s party would lose in European elections this year.

During a visit to Egypt last month, Macron sought to shrug off the sparring, dismissing Salvini and Di Maio’s comments as “insignificant” and adding that he dealt only with Prime Minister Giuseppe Conte.

Conte, a political unknown who became prime minister last year as a compromise between Salvini and Di Maio, was caught on video at last month’s World Economic Forum in Davos discussing the dispute with German Chancellor Angela Merkel.

Italian TV channel La 7 broadcast footage a week ago showing the two leaders talking at a bar, with Conte telling Merkel that Di Maio was intent on attacking France because he was down in the polls ahead of May’s European elections and needed an enemy.

“They are very worried because Salvini is at about 35 or 36 percent and they’re going down to about 26-27 percent,” Conte said to the chancellor, pointing out that Di Maio could not campaign on immigration as Salvini had that ground covered.

“So they say what are the issues that can help us during the campaign… In the political campaign our friend is Germany and so we had to do the campaign against France,” he said, prompting laughter from Merkel.

TIME TO ‘TURN THE PAGE?

Salvini sought to calm the tone after France’s announcement on Thursday, saying he did not want to argue with France and was happy to meet Macron.

“We are ready and willing, with a constructive spirit, to turn the page for the good of our people,” he said in a statement.

However, he said France should address three “fundamental” issues: its policy of returning migrants to Italy, occasional border checks at the frontier, and the case of some 15 Italian leftists who have had refuge in France for decades.

Tension between the neighbours, who share more than 500km  of border across the Alps, has even affected business and investment. Plans to build a 25 billion euro rail tunnel from Turin to Lyon have run into trouble because Di Maio opposes them, while Salvini is an advocate.

Get to grips with wine pairing

Anastasiades will propose draft outlining where leaders agree and disagree